As soon as the final horn sounded in Lincoln, Nebraska last August, Cortney Casey knew she won her fight against Angela Hill. Then again, she felt the same way after her bouts against Felice Herrig and Michelle Waterson, only to end up on the wrong side of two split decisions. So she had some questions for her corner as she waited for the verdict to be read.

“Yeah, you definitely got it.”

“But we said that the last two times,” Casey reminded them.

“Yeah, we definitely got it this time.”

At that point, hope is all that’s left. The fight has been fought, there’s nothing to do but wait. And hope. It’s what makes the fight game like no other sport, because in this one, you can win a fight and not get your hand raised.

Casey, a former Division I soccer player for UTEP, knows that on the pitch, if your team scores more than the other team. In MMA or boxing, that’s not always the case. So she waited for Joe Martinez to deliver her fate. 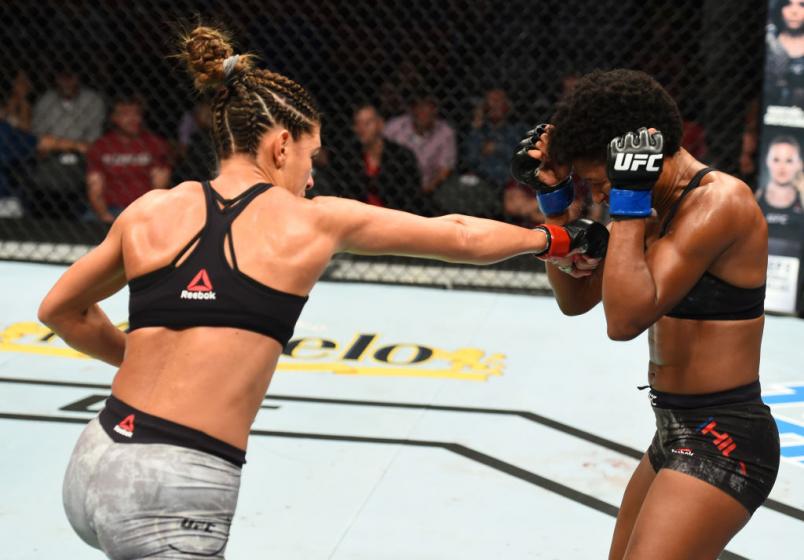 “Finally, I got the third one, which was good,” said “Cast Iron,” who lifted her pro record to 8-6 with the win. As noted here repeatedly, it’s the most deceptive record in the game, and while losing controversial decisions could make some people bitter, Casey isn’t one of those folks.

“I’ve always been an athlete, so I know that there are a lot of things out of your control and you can only control a few things, like the way you handle adversity,” she said. “If you want to go down one path, it might get uglier. If you want to brush it off and put a smile on your face and keep moving forward, hopefully sooner or later it gets better, and luckily it has slowly gotten better. But still, you’re gonna have those bumps in the road, no matter what, and I tend to shrug them off and take them as life lessons and just move on.”

Casey has moved right into the No. 11 spot at 115 pounds and into a highly-anticipated matchup with Cynthia Calvillo this Sunday. It’s the kind of fight that doesn’t just shake up the rankings, but one that could steal the show given the styles and attitudes of both fighters.

“I’ve always prided myself on being that Mexican-style boxer,” said Casey, who is of Mexican, Puerto Rican and Irish descent. “I’m gritty, I’m grimy, I’m gonna get in your face and I’m gonna bring it, no matter what. When I fought Jessica Aguilar, I was hoping I was gonna get the same out of her, but she wanted to take it to the ground and I still beat her there. But I like to fight. I’m not gonna back away or anything like that. I’m gonna move forward, I’m gonna get in your face, I’m gonna make it ugly and I’m definitely gonna show my heart, and hopefully we get the same out of Calvillo on the 17th. I think we will, but you never know. Everyone has a game plan come fight night.” 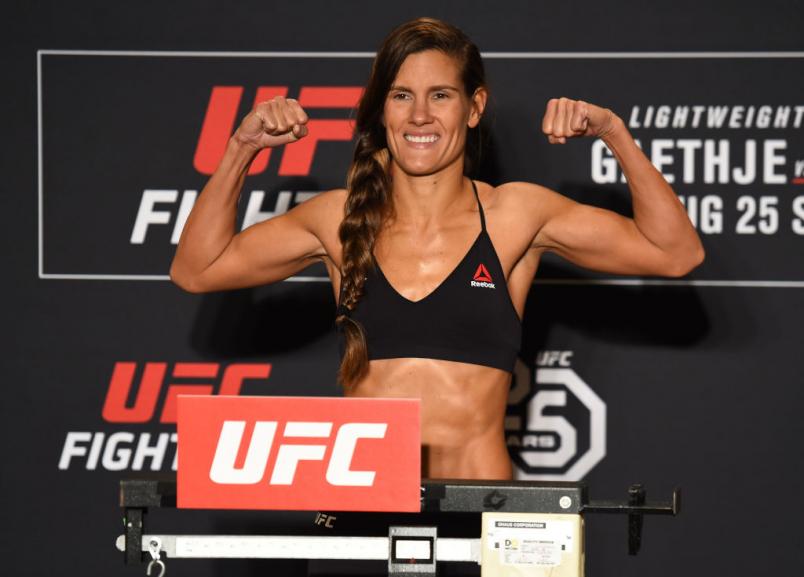 No one knows that better than Casey, who has run into some opponents that want to play the point game and not fight. Calvillo likes to fight, though, so the 31-year-old is even more excited for her Phoenix homecoming.

“She (Calvillo) is a gamer, and I’m definitely excited for it,” said Casey. “She’s kind of like me; no matter where the fight goes, she’s always trying to win and always trying to get the finish. And that’s what I always try to do. So I’m super excited. Hopefully she doesn’t do a lay and pray kind of game. I would like her to have that ‘Diaz’ attitude and try to stand and bang with me and walk the walk and talk the talk and not try to outpoint me. I feel like a lot of fighters do that and they come and face me and their whole game plan changes. They want to be safe and hopefully I don’t get that out of Calvillo. Hopefully I get a nice, strong fight out of her, but sometimes they like to play it safe because I am a bigger and stronger fighter, and some of them just don’t like to get hit.”

If you haven’t figured it out by now, Cortney Casey is a fighter. A real fighter. And with each questionable decision, each slight, each bump in the road, beware because it’s only making her better.

“I just see this as a way to grow,” she said. “The more fights I get, the better I’m gonna get. The more adversity I go through, it’s just gonna make me stronger in the end. The moment I got into the UFC, it’s been one thing after another, so I’m just continuing to roll with the punches and hopefully the UFC sees that no matter what they throw at me, no matter what happens with boxing commissions and judges, I’m still gonna show up and I’m gonna fight anytime at any place, whoever they give me.”