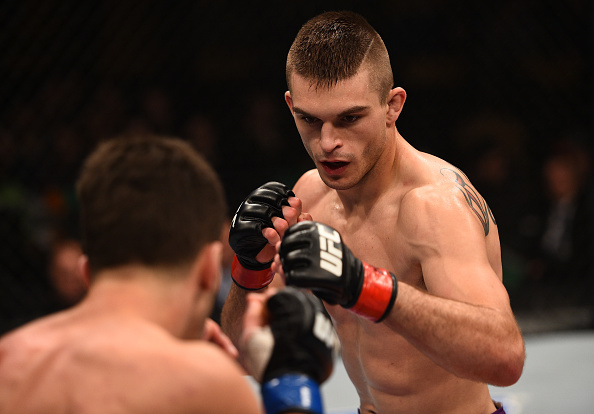 There is a stigma attached to athletics in the Midwest. Just as Indiana is known for basketball, Iowa is known for wrestling, but every competitor who comes up within driving distance of the Mississippi River understands that there is value in hard work. Johnny Case learned to embrace this philosophy at a young age and the dividends for him doing so are still being paid out.

Although the Power MMA representative struggled in the early goings of his professional career, Case kept his nose to the grindstone in proper wrestler fashion and found his footing in the years to come. It wasn’t long before a buzz began to circle around “Hollywood” – one that only grew the more wins the hard-nosed lightweight strung together.
RELATED CONTENT: Johnny Case bio | Matchup with Jake Matthews

The Iowa native parlayed an eight-fight winning streak into an opportunity in the UFC, and Case hasn’t looked back since.

“Fighting in the UFC is a dream come true and it’s the one place every fighter envisions reaching when they first get into the sport,” Case said. “I’m here, I’ve arrived and I’m 4-0. I’m ready to keep this winning streak going and I feel great.

“Before I received the call from the UFC, I had several other fights that were supposed to be in other places around the world, but they all fell through for whatever reason. When I signed with the UFC, I really made it a point and purpose to see the world and I’ve managed to do that thus far in my time with them. I let them fly me around the world on their dime and I go in and get the victory. Seems to be working out pretty well so far,” he laughed.

Competing inside the Octagon was a dream long realized when he squared off with Kazuki Tokudome at UFC Fight Night: Hunt vs. Nelson, and after putting away the Japanese veteran in the second round of the bout, Case was finally able to validate a career choice seven years in the making. 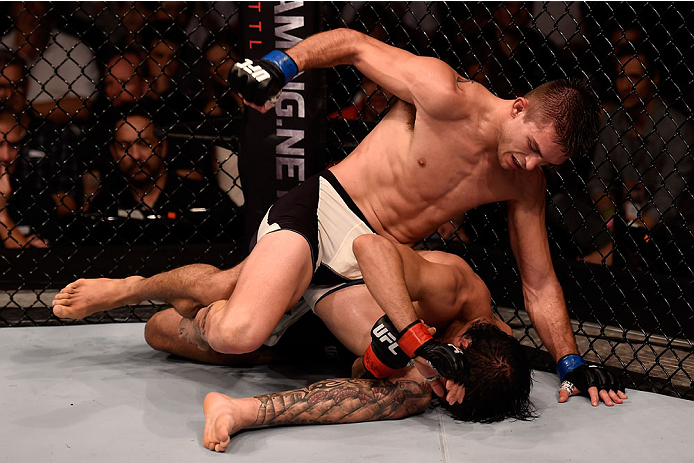 Fast forward to the present and Case has found victory in all four of his showings inside the Octagon, and he will be looking to add another name to his resume in Jake Mathews this weekend at UFC Fight Night: Hunt vs. Mir in Brisbane. Case knows the 21-year-old Australian will bring an energetic scrap in front of his countrymen and women, but the American is fully confident he will emerge victorious over “The Celtic Kid” and keep his record in the UFC ranks unblemished.

“I feel like I can shut Mathews down,” Case said. “His game is to get the takedown, but he’s kind of uncomfortable in the stand-up. He throws big punches, looks to get the clinch and get the fight to the ground. After I stuff his takedowns and start hitting him in the mouth, he’s going to freak out and panic. On the other hand, I’m hoping this kid is tough and has something for me. I want to get in there, have a good fight, put on a show for the fans and get paid. I want to leave with that $50,000 bonus.”

While Case has his focus locked on traveling into hostile territory and taking out one of Australia’s brightest young prospects, there are larger goals jumping around his mind. The division in which he currently competes is arguably the most talent-stacked collective under the UFC banner, and it’s a shark tank that has been known to chew up and spit out even the most talented fighters.

Yet tenacity is something that has always come naturally to Case and he’s looking forward to the days when he’s standing across the Octagon from some of the best fighters the world has to offer.

“The lightweight division is so deep and to have won my first four fights is something I’m proud of,” Case said. “If I can go out and get this fifth win - and finish this kid - that’s going to put me closer to getting the top 10 opponents I’d love to fight.

“I’ve been able to find consistency in this sport and that is one of the things that gives me confidence. I’ve been in big fights and I’ve been in small shows. I’ve won and I’ve lost, so I’ve already experienced the highs and lows of this sport. I know what it takes to get to the top, and if I continue to do the things I’m doing, I’m going to get there. If I keep learning, improving and evolving as a fighter, the sky is the limit.”