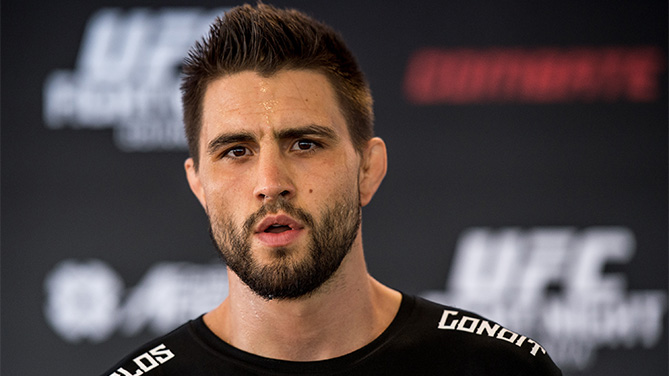 Anyone who has ever watched Carlos Condit compete inside the Octagon understands that intensity plays a big part in who he is as a fighter. The former WEC and former interim UFC welterweight champion uses it in all facets of his game, and that attribute has been a key weapon in his continued success in the 170-pound ranks. That, mixed with well-timed aggression, is the reason his “Natural Born Killer” moniker is a fitting reflection to describe his approach.

In his mind, it’s him or the other guy, and that mentality often makes it a bad night for the person standing across from him inside the Octagon. 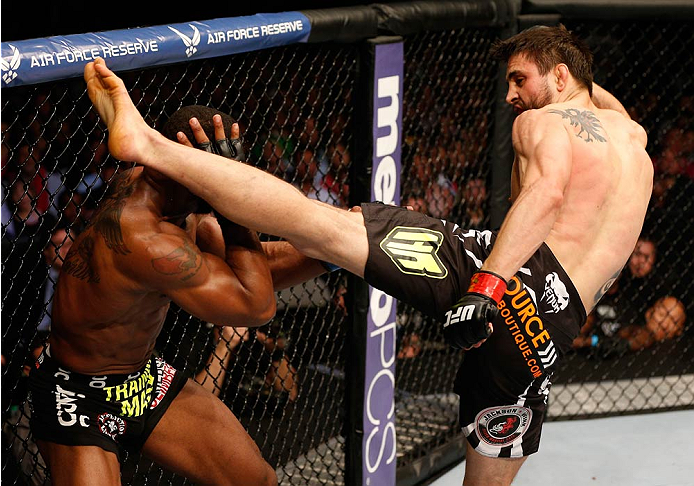 But what happens when those elements need to be quieted for a stretch, when his physical vehicle is in repair, but that same energy and driving force that has always pushed forward regardless of the situation is thriving more than ever?

That’s the reality Condit has been facing during his recovery from a knee injury suffered in his bout with Tyron Woodley at UFC 171 back in March of 2014. On that night in Las Vegas, one of the most durable fighters in the modern era of the sport collapsed in a sudden burst of agony, and everything he had rolling stopped cold in an instant.

Yet, resilience is also something the New Mexico native has in large supply, and he immediately turned his focus to his recovery. And while Condit admits it’s been a long road traveled to his return against Thiago Alves in the main event of Saturday’s card in Goiania, Brazil, it’s also one where he’s operated with the same signature intensity he’s always brought to everything he does. 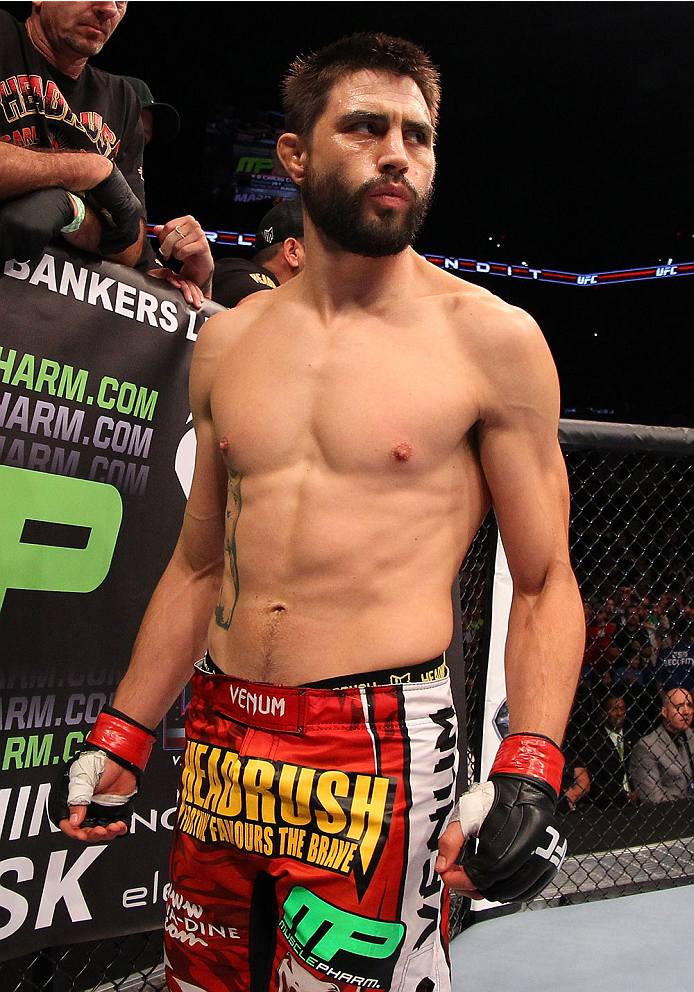 “It was pretty difficult to not overdo it,” Condit said. “There were probably times when I was doing stuff I shouldn’t have been doing, but luckily everything held together and is 100 percent. I’m feeling great and can physically do anything I want to.

“I’ve done a couple of different things with my training. Probably the coolest thing I’m doing is working with this guy who is the founder of this fitness program or movement program called MovNat. It’s primitive movement stuff and it can be applied to any athletic endeavor or martial art, but it’s really just mastery over your body. It’s mastery over your movement, breathing and your ability to sequence movements together. It has really helped me on a really fundamental basis.”

While the Jackson/Winkeljohn product will be looking to make a triumphant return against the American Top Team representative this weekend in Brazil, he is also determined to break out of what has been one of the most trying periods of his decorated career. The welterweight knockout artist has come out on the losing end of three of his past four showings, and will need a victory over the Brazilian powerhouse to turn those fortunes around.

Granted, two of those losses have come against former champions Georges St-Pierre and Johny Hendricks, and Condit gave both men runs for their respective money before the final bell sounded. As for Alves, he’s also a former title challenger currently on a redemption path of his own, and Condit believes it’s the perfect time for two of the most dynamic strikers in the 170-pound fold to throw down inside the Octagon. 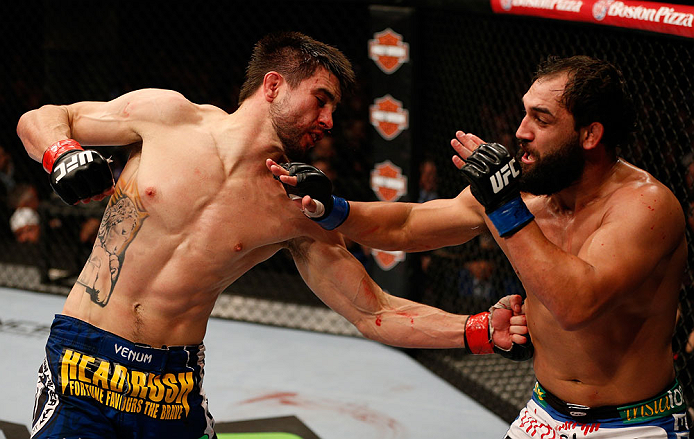 “In some sense I always expected we would fight, but I kind of feel that way about most of the division,” Condit said. “With him being another very talented striker, I figured they were going to match us up somewhere along the way.

“Thiago is basic and I’m not saying that as a negative thing. He’s basic in the sense that his fundamentals are very, very good. He doesn’t throw a whole lot of flashy stuff, but he alternates very well. He throws a lot of right, left, kick or left hook, right kick. But everything he does is devastating. Everything he does is fast and accurate. To contrast that I’m probably a bit more unorthodox in my striking approach. I throw things off the same side and do a lot of things maybe a traditional Muay Thai coach wouldn’t teach you. I just have kind of a different style, I guess you could say.”

Where this matchup will be guaranteed fireworks for fight fans, it also has the potential to serve as a catapult of sorts for the Albuquerque-based fighter. While Alves is not currently ranked in one of the coveted top 10 positions in the welterweight division, injuries and time on the shelf has had more to do with that then lack of performance.

“Pitbull” has been a mainstay in the upper echelon of the weight class for the better part of a decade, and one would be hard pressed to find anyone that would deny his brutal finishing power. Add those elements up and you have the perfect formula of motivation for Condit’s return. He loves a heated scrap—especially one that has all the necessary requirements to put him moving back towards the top, which has always been the ultimate goal.

“Thiago isn’t ranked in the top 10 right now, but that’s only because he’s been out with injuries for a couple of years,” Condit said. “He’s without a doubt one of the top 10 if not top 5 fighters in the division. A win over him would definitely solidify my spot back at the top of the division and would be a real accomplishment for my personal career.

“I want to be the best fighter I can be, and I know and have shown that with me at my best I can be a world champion. But my focus is 100 percent locked on this fight. He’s a dangerous opponent and getting in there and doing my thing against him is foremost in my mind.”