Carlos Condit Is Taking 2021 One Fight at a Time

Condit will kick off his new year in a long-awaited matchup against fellow UFC veteran Matt Brown on January 16 at UFC Fight Night: Holloway vs Kattar.
By McKenzie Pavacich, on Twitter @mpavacich_ • Jan. 14, 2021

For Carlos Condit, this week is filled with a weird mixture of firsts and familiarities.

It’s the first time the former WEC and interim UFC welterweight champion will have the opportunity to step into the Octagon against Matt Brown -- a long-awaited matchup that has been in the works for the better part of a decade.

But the unusual dynamic that Fight Island brings to a fight week is fortunately pretty familiar for the 36-year-old, who came away victorious from his Fight Island 4 bout against Court McGee in October.

"I definitely want to ride the momentum of that last fight." - @CarlosCondit talks about finally fighting Matt Brown and why people want to see the match-up 🔊⬆️

“I’m stoked to be back out here,” Condit said. “I kind of got the lay of the land last time so things move a little better, I know where things are, I kinda know what to expect.”

Among those things to expect: a report time late in the evening. The main card is set to start around midnight local time in Abu Dhabi, meaning Condit won’t make his co-main event walk to the Octagon until well into the middle of the night.

Regardless, the moment the cage door locks behind him, Carlos transforms into a different person. It doesn’t matter the time, opponent, or what side of the world he’s on, the goal is always the same: “finish whoever’s in front of me.” 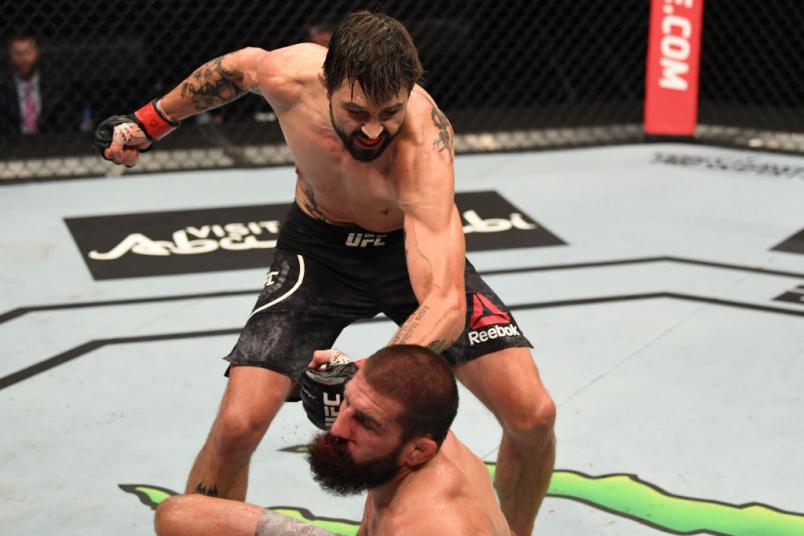 As he prepares for his 45th professional fight, “The Natural Born Killer” is excited to finally hit the canvas against Brown, a matchup that has fallen through twice in the past.

“I’m well-acquainted with his tendencies, having watched several camps’ worth of footage on him,” Condit said, smiling at the opportunity that has finally come to fruition. “Just from following his career, I’m a fan of Matt Brown. I love his style and he’s a hell of a fighter.”

You could say that enthusiasm is matched, with Brown referring to Condit as “a legend” earlier this week.

The two UFC veterans combine for nearly 90 fights, 20 of which were finished by submission, and 30 by knockout. Brown’s 13 finishes set the all-time record among welterweights, and Condit holds seven Fight Night bonuses himself.

Needless to say, pitting a well-rounded, overall fun fighter against a knockout artist known for his intensity is sure to entertain.

“Him and I are both fighters at heart,” Condit said. “I think we both do this because we love it. He trains hard, I train hard, and we belong in the UFC. We put on exciting fights, and I think that’s why people have wanted to see this fight for so long.” 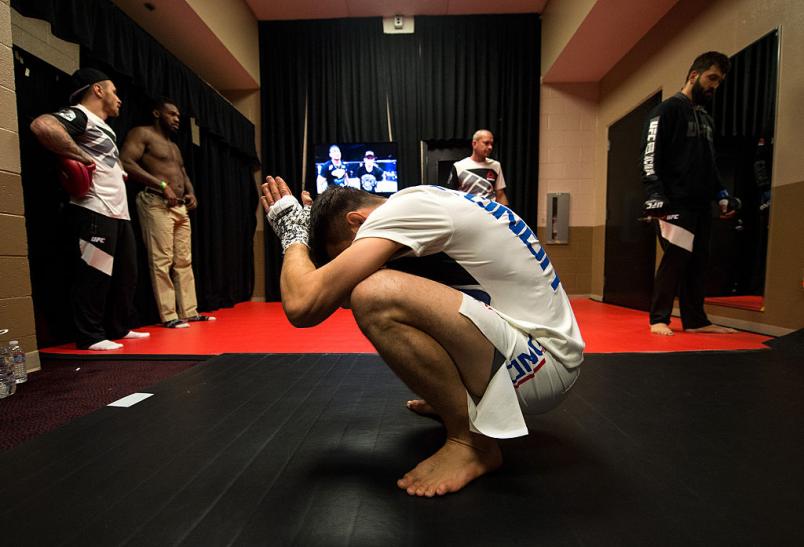 Belonging in the UFC is an idea Condit wrestled with during his stretch of five consecutive losses between 2016 and 2018. Having been a part of the sport since the age of 15, he contemplated retirement a few times, but was driven by the desire to prove everyone, including himself, wrong.

He’s since cleared the psychological hurdles he previously faced, returned to the win column with a unanimous decision victory over Court McGee at UFC Fight Night: Holm vs Aldana, and he intends to stay there.

“I definitely wanted to ride the momentum of that last fight,” he said. “I came out feeling good and wanted to get right back into training. I wanted to fight as soon as possible.”

Who knows if the Albuquerque native knew at the time that “as soon as possible” would mean once again traveling over 8,000 miles and 11 time zones away from home? But it’s for the best, as it seems the stars have finally aligned for this anticipated matchup.

While Brown has alluded to the fact that this fight could be his last, don’t expect either fighter to hold anything back. We can be assured that this throwback bout between two highly respected UFC veterans will certainly be a brawl.

Make sure to watch Condit and Brown at UFC Fight Island 7, Saturday, January 16, live on ABC and ESPN+ at 3pm ET/12pm PT.