In sport where divergent opinions are the norm and almost no one is respected and revered by fans, fighters, and media alike, “The Natural Born Killer” is one of those rare exceptions.

Fans adored him because he lived up to his nickname each and every time he stepped into the cage — scowling as he paced to-and-fro in his corner, never breaking eye contact with his opponent as he was being introduced before marching forward and unleashing hell, always ready to risk defeat in order to chase down victory.

Meanwhile, his peers also respected his entertaining style, his approach to his craft, the impossible strength of schedule he amassed throughout his career, and his humility further endeared him to colleagues and contemporaries.And with the media, he was always forthright and thoughtful; his hushed tone and off-rhythm cadence singular in a landscape filled with sameness. His openness always made him an interesting interview subject, and his sense of humor and genuineness made him someone you always looked forward to catching up with, even if you only had a moment.

On Thursday, the 37-year-old Albuquerque native retired from mixed martial arts competition, closing out his career with a 32-14 record that included a four-fight WEC welterweight title reign, a UFC interim welterweight title victory, and Fight of the Night-winning performances in championship bouts opposite Georges St-Pierre and Robbie Lawler when each was at the height of their respective powers.

Though he had moments in the fight with St-Pierre, the French-Canadian champion controlled the majority of that contest and rightfully won a unanimous decision in the UFC 154 main event, but the fight with Lawler was different, and the result lingered with Condit for years.

“The fight against Robbie Lawler took a lot out of me,” he told me in July, ahead of what now stands as the final fight of his career — a unanimous decision loss to Max Griffin. “That one was the pinnacle in my career — fighting for the undisputed welterweight title — and I thought I had a really great performance and it didn’t go my way by the skin of my teeth.”

The bout took place at UFC 195 on January 2, 2016, and in a year littered with monumental moments and captivating fights, their battle was the best, with the fifth round of the ultra-competitive, back-and-forth contest remaining one of the finest rounds in mixed martial arts history.

Condit thought he did enough.

Many in the media did, as well.

So too did one official. 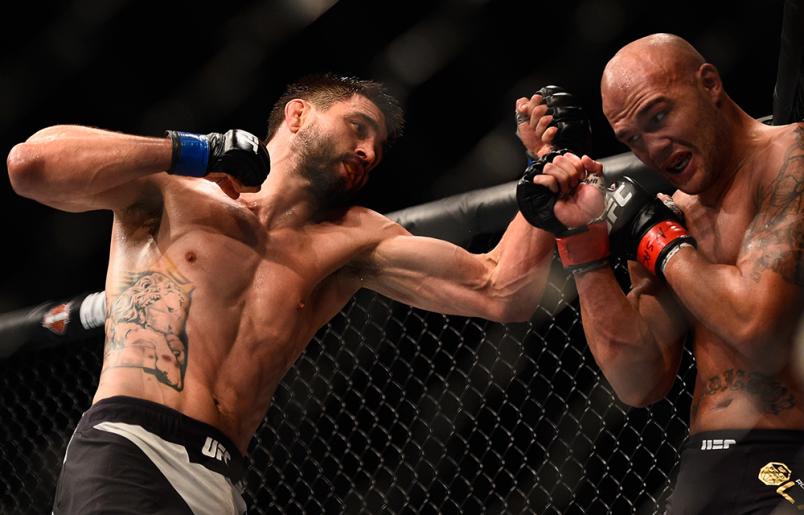 But the other two judges thought otherwise, resulting in Lawler escaping with a split decision win and the welterweight title still slung over his shoulder.

The same way Lawler rising to the top of the division felt like destiny fulfilled, Condit claiming the undisputed title felt like one of those things that just had to happen given how great he had been for so long without ever being recognized as the unquestioned best welterweight on the planet, and when it didn’t happen, it felt like someone has sucked all the oxygen out of the room.

Now that he’s announced his retirement, it stings again, because that’s the only thing missing from an otherwise sterling career, and a fighter of his caliber, with his accomplishments, with his resume, shouldn’t be remembered for the night he almost won the UFC welterweight title.

He should be remembered for his breakthrough run to the finals of the legendary Rumble on the Rock welterweight tournament in 2008, where he quickly beat Renato Verissimo and Frank Trigg before dropping a decision to Jake Shields in the finals, and his thrilling battle with Hiromitsu Miura at WEC 35, the third and final time he would defend his WEC title before transitioning to the UFC. 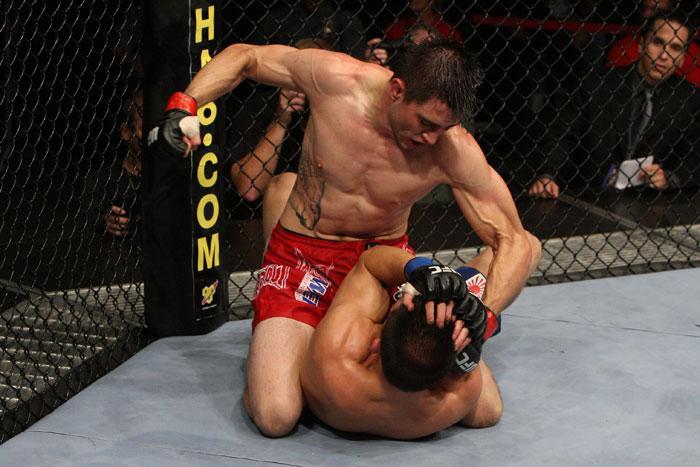 He should be remembered for battling Martin Kampmann and Jake Ellenberger to split decision verdicts in his first two UFC appearances, losing the first and winning the second, instantly establishing himself as a legitimate title contender through two 15-minute battles at the outset of his time competing inside the Octagon.

For roaring back to finish Rory MacDonald in the dying seconds of their UFC 115 clash at General Motors Place in Vancouver; a partisan crowd rendered silent for a split second by the finish before awakening into a symphony of boos and hisses after the veteran rallied to beat the local rising star.

And for being a hair quicker on the draw than Dan Hardy at UFC 120, for flying into the air and leaving Dong Hyun Kim in a heap against the fence the following summer at UFC 132, and for earning the interim UFC welterweight title with a unanimous decision win over Nick Diaz.

He fought the absolute best in three different decades — the 2000s, the 2010s, and the early 2020s — winning more than twice as many as he lost, and entertaining every time, regardless of the result.

As soon as he crossed that threshold, he was “The Natural Born Killer” and he was one of a kind.