Cannonier faces biggest moment of his 'other' job this weekend 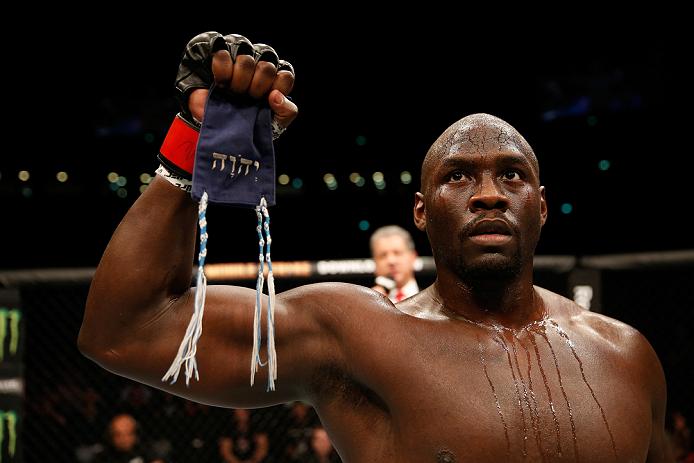 Jared Cannonier celebrates after his victory over Cyril Asker at Fight Night Zagreb" align="center" />
Even with more than eight years under his belt as a resident of Alaska, the Texas blood running through Jared Cannonier’s veins means that he’s not exactly embracing those moments when sub-zero temperatures hit Anchorage. But he’s not locked inside, cowering next to a heater, either.

“It’s not as bad as most people think, but cold is cold if you ask me,” the Dallas native said. “People up here though, they love it. They go out and play in it, they have their snow activities, and it’s still a little foreign to me.”

Cannonier laughs, but Alaska is home now for him, his wife Catherine, and their three kids. It’s where he makes his living as an airway transportation systems specialist for the FAA, and where he trains for his other gig as a light heavyweight mixed martial artist.
RELATED CONTENT: Cannonier's bio | Matchup with Glover Teixeira | Cannonier featured in On the Rise

The “other” job is his sole focus this week, as he prepares for the biggest fight of his career this Saturday against Glover Teixeira. The UFC 208 main card bout in Brooklyn has Cannonier on the verge of big things in a division he wasn’t even a part of at this time last year, but after he knocked out Cyril Asker in a heavyweight bout in April, he decided his time among the big men was over.

“Man, those heavyweights are huge,” he laughs. “And when you get that size to go with the skill, it makes life hard. My days in the Army have taught me to work smarter, not harder. So it was just a smart move to go down. Besides, I’m not a match for a heavyweight. I’m 5-11 and I was carrying a lot of weight in the heavyweight division. It was a smart career choice.”

After making that call, he was matched up with fellow 205-pound up and comer Ion Cutelaba in December, and the two 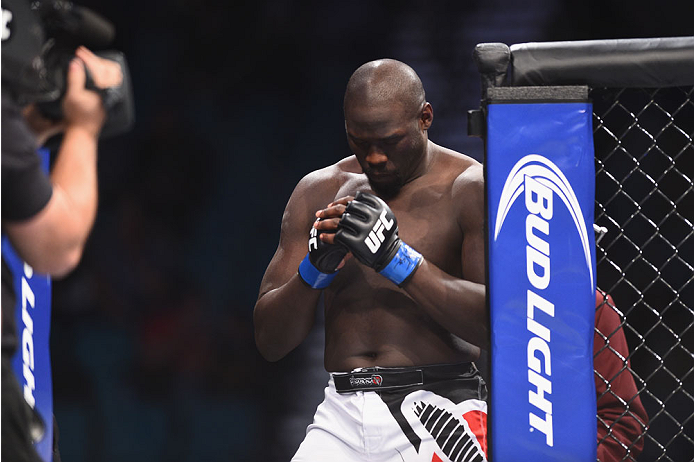 engaged in an entertaining three-round scrap that earned Cannonier a win and a Fight of the Night bonus. But it was what happened in the final round that left a lasting impression, as Cannonier dropped his hands and stalked a tired and bloodied Cutelaba, daring the Moldova native to hit him. All this after Cutelaba marched into Cannonier’s corner and fired off a throat slash gesture during introductions. The third round response from the Alaskan was more than fitting but, as he explains, it wasn’t about payback.

“I wanted him to stop moving backwards,” Cannonier said. “At that point in time, he was tired and trying to stay away from me. And I really wanted to knock him out, I wanted to finish him, and he kept moving backwards. It’s hard to finish a guy who’s fighting for his life, so I figured I’d goad him in with my hands down and get him to throw some attacks. And he did a few times and I evaded a few of them and he landed that one shot and it didn’t hurt or anything but it looked good. (Laughs) But I really wanted to get that finish. It’s not a trend I want to continue, especially against a fighter like Glover, because that could be hazardous for myself.”

The odds of Teixeira deciding to pull off a throat slash against anyone are slim and none, so Cannonier won’t have to worry about that, but his late round push against Cutelaba did make him a fan favorite in a hurry.

“My Facebook blew up,” Cannonier said. “Everybody wanted to be my friend, so I had to break a couple hundred hearts and decline friend requests. (Laughs) But that’s typical after every fight; you get those friend requests from complete strangers. I was getting phone calls from people wanting to do interviews and it increased my fame just a little bit. My star got a little bit brighter after that fight.”

That shining star could be blinding with a win over the No. 3-ranked Teixeira, a perennial contender and former world title challenger with bricks for fists and a ground game that can give anyone fits. So does taking this fight mean that the 32-year-old Cannonier is a young man in a hurry?

“I’m not in a hurry,” he said. “I didn’t ask for Glover. They gave me Glover or they’re giving me to Glover, one or the other. (Laughs) The funny thing is, after the last fight, in one of the interviews they asked who I wanted to fight next and I said, ‘Man, I want to fight a potato, I want an easy fight, somebody I can touch and they’ll fall down.’ And this is what I got. But a fight’s a fight and I love to challenge myself and I like the stylistic matchup. I think me and Glover match up quite well.”

And despite coming from a place that is far from an MMA hotbed, Cannonier warns everyone not to underestimate the quality of fighters coming from the 49th state, as he is ready to walk through fire with his Legacy Jiu-Jitsu team behind him.

“It is an underrated scene,” he said. “We definitely don’t have the talent pool that the MMA community in the lower 48 has and it’s not as deep as it is down there. But as they say, ‘If you build it, they will come.’ So we built a gym, and they’ve come and throughout the years we’ve built the team. The team I’m with is the team I started with and we built up and we’ve got new people coming in, and the guys who have stuck around are the guys who have helped me get as good as I am as fast as I have. You’ve got to trust your team and I do trust my team. We have everything I need and then some.”

But as another saying goes, “Behind every good man is a good woman.” So it goes with Jared Cannonier, who readily admits that the anchor to his success is his lady.

“I say it every time and I can’t say it enough: this is all because of my wife,” he said. “She’s a stay at home mom and we have three children, and she’s schooling the kids, making sure I have everything I need, she’s my nutritionist, she makes sure I’m up and at it and ready to get the job done, and she tells me ‘No’ when I’m begging for a burger. (Laughs) She does it all.”