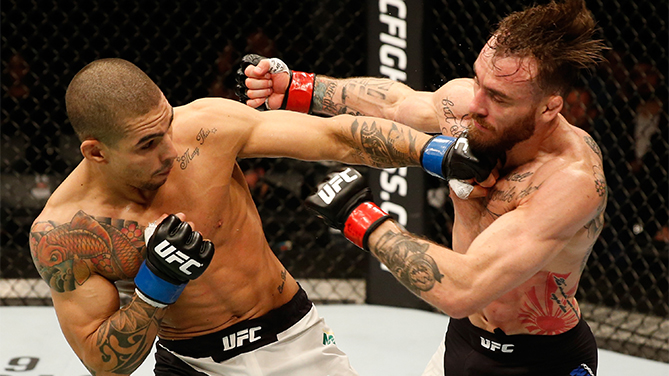 It wasn’t the barnburner most expected, but Brazil’s Lucas Martins got a much needed win in UFC Fight Night featherweight action on Sunday, taking a split decision victory over Rob Whiteford at Arena Zagreb in Croatia.

The action in the opening frame saw both men exhibit plenty of discipline in their attacks, and while Whiteford was the busier fighter as he used his movement and shot in with strikes, Martins landed the most significant shot of the round, briefly jarring Whiteford and putting him on rubbery legs.

The patient pace wasn’t exactly what the Zagreb crowd was expecting, and in the second round they began getting restless. In the Octagon, Martins began stalking more aggressively, and his accurate shots began taking their toll. Whiteford did score a nice takedown in the final minute though, keeping the Brazilian from getting too confident.

The third round followed the pattern of the first two, with Martins stalking and landing single shots while Whiteford used his lateral movement to try to throw his foe off his game, but it wasn’t enough for the Scotland native to secure the win on the scorecards. 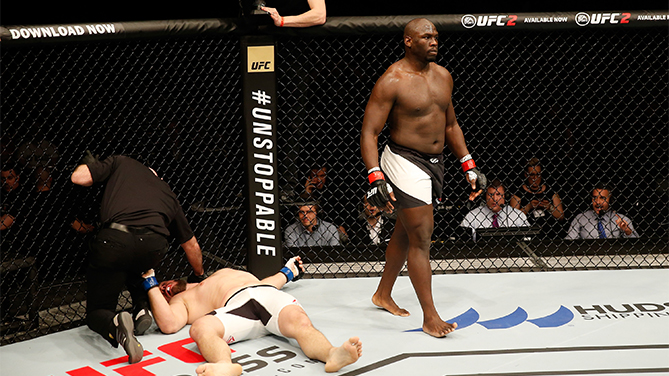 After turning aside a takedown attempt by Asker, Cannonier began pecking away at his opponent with strikes, and when he landed a flush left, Asker hit the deck hard. The Frenchman appeared to get his wits back on the mat, but the follow-up barrage of ground strikes ended the bout, with referee Grant Waterman stepping in at 2:44 of the opening round.

With the win, Anchorage’s Cannonier moves to 8-1; Avignon’s Asker falls to 7-2. 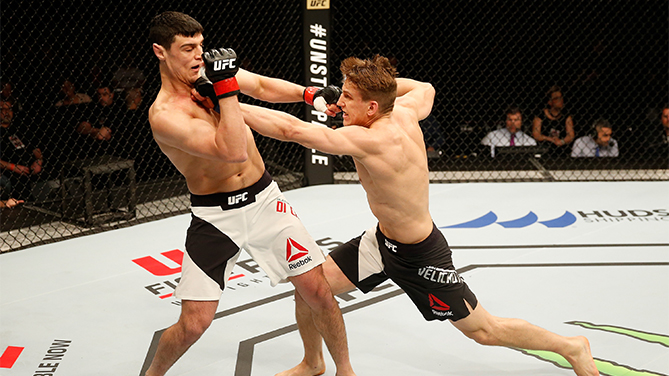 If the opener between Bojan Velickovic and Alessio Di Chirico was any indication, the future for the middleweight division is a bright one, as the two newcomers put on a back and forth battle for three rounds, with Serbia’s Velickovic winning a unanimous decision.

Working solely on the feet in the opening frame, Di Chirico started strong behind a busy attack, but the second half of the round belonged to Velickovic, who found his rhythm in the final two and a half minutes.

The second remained competitive, but a Velickovic takedown and a late reversal on the mat that almost led to a kimura finish made it a frame for the Serbian.

Di Chirico responded well in the third, as he delivered a takedown and landed some hard counters and ground strikes, but it wasn’t enough to turn the tide on the scorecards.