Can Sonnen Stop The Reign? 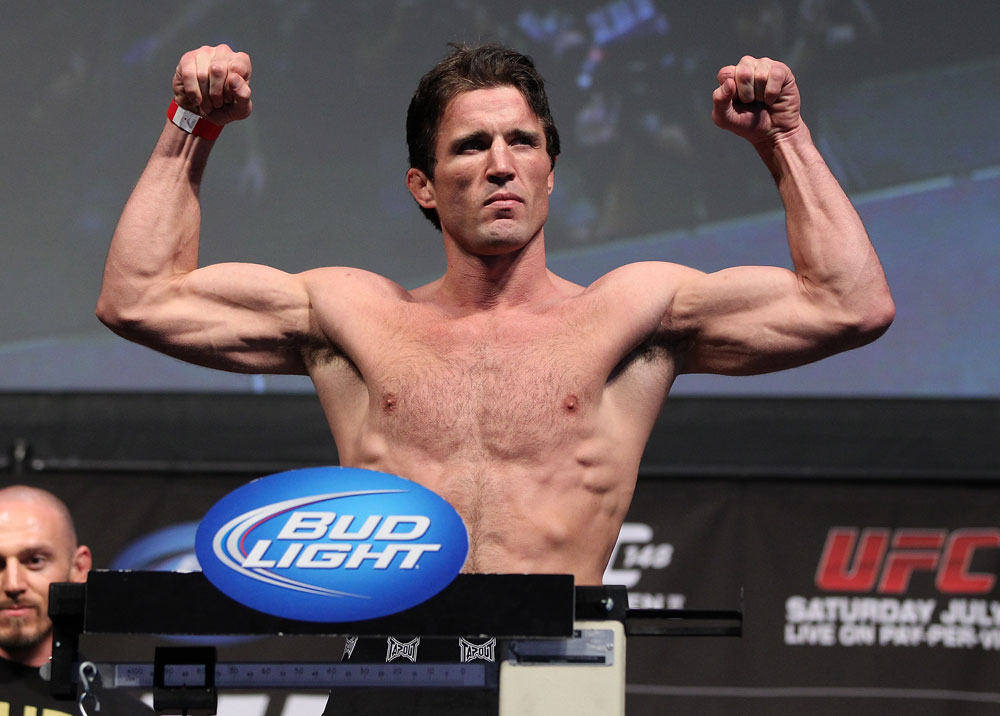 If the enormity of the task ahead of him is starting to sink in to Chael Sonnen, the self-proclaimed “Gangster from West Linn” isn’t revealing anything. Before his third UFC title opportunity, this one against Jon Jones in the main event of UFC 159 this Saturday, Sonnen is as brash and loquacious as usual, neither showing cracks in his armor or revealing anything regarding what he really thinks about facing one of the most dynamic forces ever to put on a pair of four ounce gloves.

In fact, Sonnen would agree with that assessment of Mr. Jones.

“I’ve never seen a fighter with the skills he’s got,” said the 36-year-old challenger. “He’s a talented guy, he’s got a lot of crazy moves, I don’t even know what they’re called, I can’t do them, and I’ve never even seen them before. He’s young and I think he’s having a lot of fun.”

The compliments are almost shocking considering that Sonnen went on an all out offensive against Jones from late last year in a campaign to get this 205-pound title shot. It all began with the cancellation of September’s UFC 151 event after Jones passed on facing Sonnen on short notice after Dan Henderson was injured.

“I’ve never seen anything like this,” said Sonnen the day the event was scrapped. “I’ve never seen a champion turn down a fight. I’ve never seen a main event turn down a fight, and I’ve never seen a guy that’s healthy and went through a training camp turn down a fight. All three happened today with the same person. And it was so surprising. We’re under attack as a business from all sorts of competitors, and that’s fine, that’s what America’s about. With capitalism, anybody can go down and get a promoter’s license and come in, but we’re still under attack from those guys. We’re under attack every day from states and politicians and different political action committees that are trying to keep our sport out. And even though they’re failing and those guys are becoming few and far between, they still exist. If we’re to liken this to war, this was treason. We were attacked from one of our own, we were attacked from within. Jon Jones delivered a blow from within the organization that attacked and hurt the organization. It’s an unbelievable scenario, and I just don’t understand it.”

Sonnen wasn’t done yet though, concluding with a salvo that only he could deliver.

“A champion will find a way,” he said. “And the other guys will find an excuse. And the real champion isn’t always the one that holds the belt. There’s a lot more that goes to it. I always knew I’d win the UFC light heavyweight championship; I just didn’t know it would be by forfeit.”

With that, Sonnen had started his grass roots campaign to get a light heavyweight title shot. And it worked. The two were pitted against each other as coaches on the recently completed 17th season of The Ultimate Fighter, and on Saturday, they’ll meet in the Octagon for Jones’ belt. If it sounds like a master plan coming to fruition, it is, even if many felt that Sonnen talked his way into the title shot. That’s not a concern to Chael P.

“Look, 205 sucks and it’s always sucked,” he said. “They had a karate guy that drinks his own piss as their champion. You think I care about these guys? They got a B-level star that calls himself Rampage and wears a chain to the ring. These guys are a freaking joke to me. So yeah, Jon’s the best of the bunch, but I’m the best of all of them. They want to say I don’t deserve title shots; title shots don’t deserve me. I don’t earn my way into main events; main events earn me. I’m the reason Waldo’s hiding.”

He’s also a big reason why fans will be tuning in this weekend. It’s either to watch him win and continue this remarkable run he’s been on since 2010, or to watch Jones give him his comeuppance in front of the world and send him back to either middleweight or the broadcast booth. Either way, people will be buying tickets and Pay-Per-Views to see what Sonnen will do next.

But beyond the talk, can he win? That answer may come down to one thing: whether the former Olympic alternate can use his wrestling to put Jones on his back like he did to pound for pound king Anderson Silva in their two bouts. Not surprisingly, Sonnen still has plenty to say about “The Spider,” even when talking about the Jones fight.

“Jon is an excellent fighter, but I’m the best,” he said. “They try to tell me Anderson Silva’s the pound for pound champion? That guy’s not the round for round champion. I have three 10-8 rounds in my life. A 10-8 round is the equivalent to gymnastics’ perfect 10. It doesn’t happen. I have three in my life and they’re all against Anderson Silva. You can pick Anderson’s scrawny little arm up ten times if he and I fight ten times, but at the end of the day the facts are the facts. I whipped his ass for 30 minutes and he got the jump on me for 30 seconds. You want to act like Jon Jones is somehow gonna win because I fell down and Anderson threw an illegal knee? That’s the dumbest thing I ever heard.”

Outside of Sonnen’s revisionist history, there does lie a simple fact though. If Jones uses his reach and unorthodox striking to keep Sonnen at bay, it will be a long night for the Oregonian. But if Jones wants to get into a wrestling match with the challenger, Sonnen’s deceptive speed and rock solid takedowns may turn this into a possible upset. When presented with these scenarios, the more reflective Sonnen turns into the “Gangster from West Linn.”

“I haven’t given it very much thought,” he bristles. “Jon will bring his skills and I’ll bring mine. I know whenever people try to break down fights, they have no idea what they’re talking about. I hear guys talking about footwork, I hear reach, and this is beyond stupid. One guy’s gonna have a longer arm than the other guy, so if you’re able to hit him, ‘aw, he was able to get inside.’ There is no inside and there is no outside. I have a range that I must be in to get my fist to the target. I need to stand there. And whether he’s inside that or outside that, it’s a bunch of crap. This is a fistfight on Saturday night and one thing’s got nothing to do with the other.”