When CM Punk signed with the UFC and declared he was going to take a moment to figure out where he would start learning the skills required to step into the Octagon, many within the industry expected the high profile neophyte to land at one of the larger camps. Either he would end up at American Top Team in South Florida, move to the barren terrain of Albuquerque to train with the Jackson-Wink crew or head to the West Coast and log some time on the mats at AKA.

Instead, he drove up Highway 94 from his home in Chicago to Roufusport in Milwaukee. 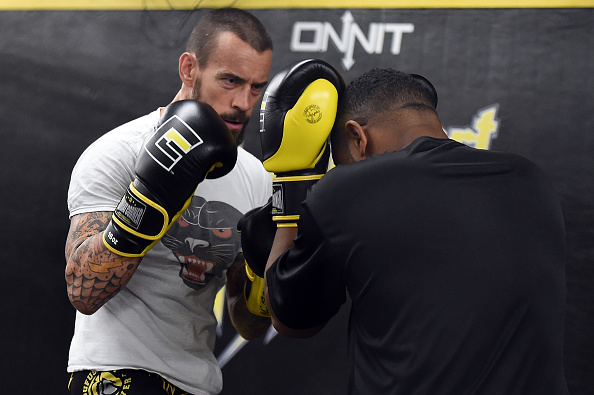 Duke Roufus, the former kickboxing world champion turned world-class MMA coach, had met Punk a few years earlier through a mutual friend and the two hit it off instantly. But like almost everyone else in the business, Roufus expected the former WWE superstar to settle in with a bigger, more established team and that’s not something he considers the squad that carries his name.

“I didn’t know he was going to choose us – I just assumed he was going to go to a super-camp and he reached out to me and said, ‘Can we get this going?’” Roufus says of Punk’s decision to prep for his mixed martial arts debut at his gym. “I like to call us a ‘boutique gym’ – we have a smaller team, but I think we provide really good customer service and care for the fighters we work with and it’s really intensive.”

He got the idea to keep things smaller and more personal from years of traveling to train in Thailand during his kickboxing days, before the advent of what Roufus calls “resort camps.” In those days, being invited to train with a Muay Thai team meant you became part of the family and a part of the community, and that is an element he’s proudly carried over with his team.

While he’s the first to admit that the recipe that works at Roufusport isn’t for everyone – “there are different recipes,” he says – the newly minted 47-year-old is thrilled with the success his team has enjoyed during the first two months of 2017.

“Right now, we’re undefeated as a professional team; we’re undefeated in the UFC,” says Roufus, who was in the corners of Gerald Meerschaert and Paul Felder last weekend in Halifax, Nova Scotia when each collected first-round stoppage victories. “In two months, we’ve won four fights – I’m down with that.

“I’m not about having the most fighters. I want to have the fighters that like it here.”

One fighter currently enjoying his time in Milwaukee is Tyron Woodley, the reigning welterweight champion who is set to face Stephen “Wonderboy” Thompson in the main event of UFC 209 on Mar. 4 in Las Vegas.

Woodley’s arrival and subsequent stay at Roufusport for his most recent training camps is another example of the beliefs the team’s leader adheres to, and Roufus’ humble assessment of the impact he’s had on “The Chosen One” since they’ve started working together speaks volumes about what makes him such an in-demand coach.

“Tyron Woodley, I didn’t even know he was coming to our gym; he showed up one day and we hit it off,” laughs Roufus, who maintains a “super open door policy” that leads to fighters at various levels and from various gyms stopping in to get some work whenever they’re passing through Milwaukee. “I think MMA is a collaboration business and at the end of the day, I give ATT credit – they did all the heavy lifting for years with Tyron; I just was able to come in with a few suggestions at the end. Same thing with Paul Felder – he’s worked with a lot of great people.

“I think with most of these fighters, it’s getting them to truly believe in themselves and trust in the process.

“Besides the fight results, Atlanta was the easiest weight cut of his career,” he says of Woodley, who won the welterweight title from Robbie Lawler in the Georgia capital at UFC 201 last summer. “Guys like Paul and Tyron, sometimes they don’t always have their coaches around them, so they have this sickening work ethic, but believe it or not, their work ethic is to a fault to where they over train.

“Paul, again, he made weight the easiest of his career last week in Halifax and I just feel like that’s a little bit of insight 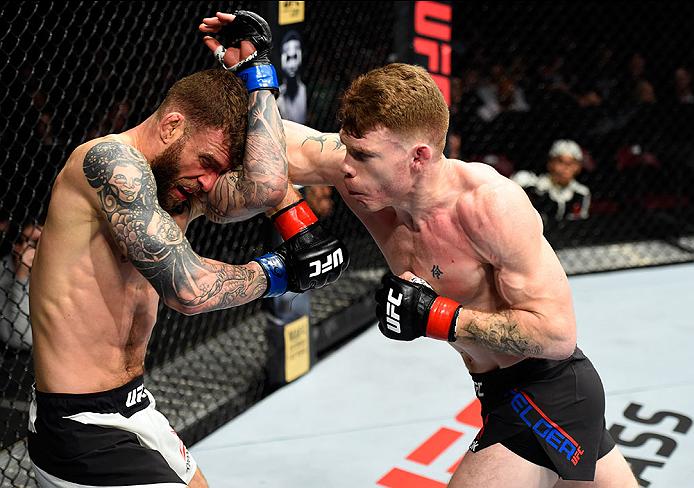 of being an older guy, teaching, being able to get them to pull back the reins and not over train.”

In addition to being that insider who has been around the block a time or two and has his own career experiences to draw upon, Roufus is also quick to admit that fatherhood has changed how he approaches his craft.

As he puts it, becoming a parent in real life has made him become more of a grandparent in the gym.

“I’m one of the world’s biggest overachievers – I’m not a great athlete, I’m not the strongest guy, but I was able to do some things in the sport of kickboxing – so in heart and the bottom of my heart, I believe that I can make everyone a champion. The thing is, though, that ‘make’ is a strong word. I’ve got to believe that I can hopefully encourage people to bring out the best in themselves.

“I feel like I used to be a parent to these guys and sometimes when you’re their parent – these guys are all alpha males, they’re special people, but sometimes they don’t listen to everything and I would let that bother me. Now I take the grandparent perspective; I’m the cool grandparent. ‘Here’s a suggestion kid – if it works for you, do it and if it doesn’t, boom.’”

“Thirty seconds before Paul hit Alex with that elbow the other night, I suggested it,” he says of the elbow that started the finishing sequence of Felder’s bout with Alessandro Ricci. “That’s been a new approach I’ve taken to training and I’ve been able to really see these guys getting results because at the end of the day as a coach, it has nothing to do with me and everything to do with them and that’s where it’s getting fun right now.”