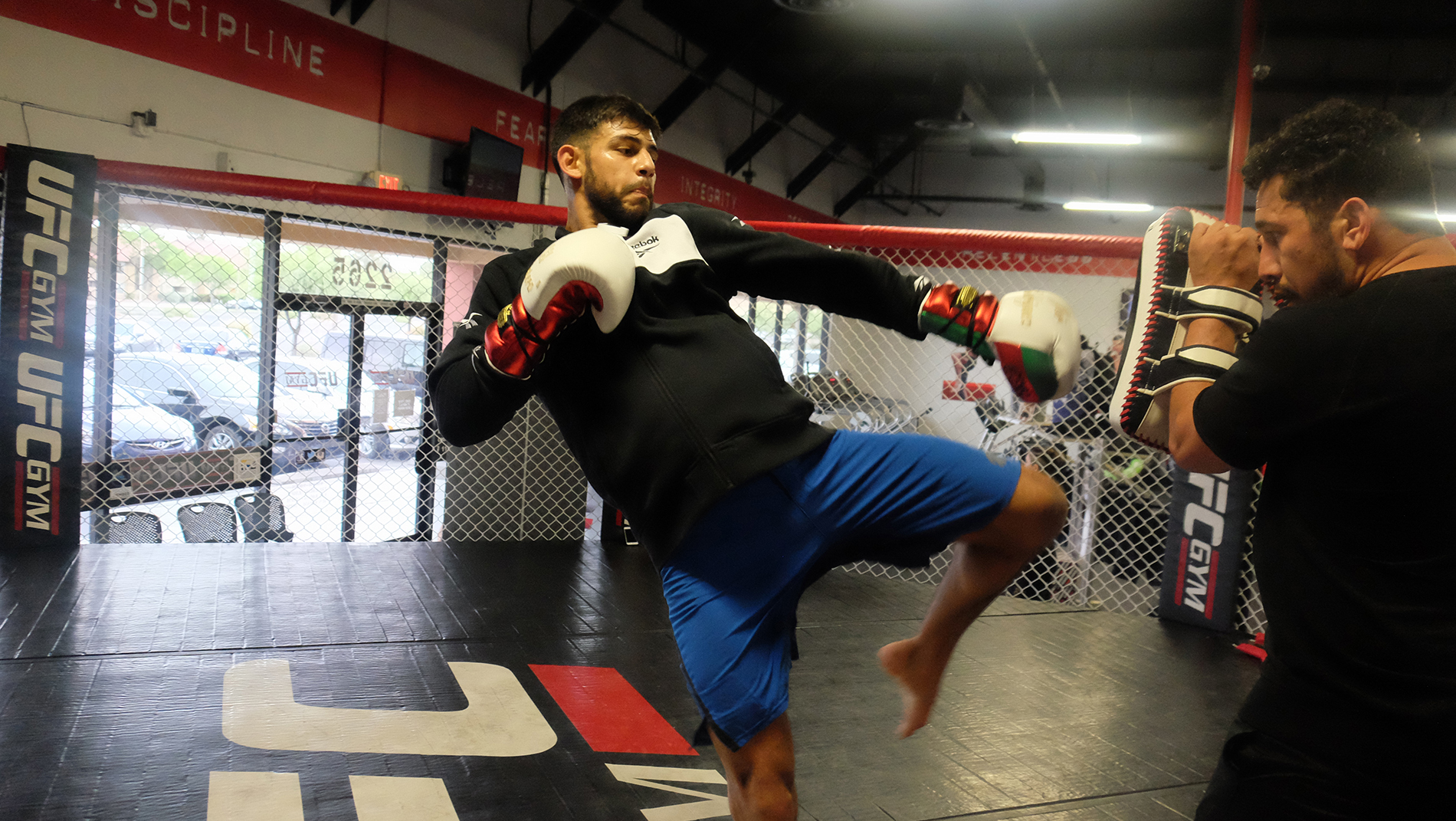 Mike Valle knows the fight game and he knows talent. So when Yair Rodriguez walked through the door at Jackson’s MMA in Albuquerque, he immediately knew the kid from Parral, Chihuahua, Mexico was special.

More than three years, an Ultimate Fighter title and six UFC wins later, nothing has changed in the eyes of Valle, who will be in the corner when Rodriguez faces Frankie Edgar in a highly-anticipated UFC 211 bout this Saturday.

“He’s a very unique person, very mature,” Valle said of the 24-year-old featherweight contender. “When we were in Jackson’s, I had a lot of conversations with him about what not to do and how to act whenever he made it big. Because him making it big was just a matter of time. It was going to happen because of his athletic ability and how good of a fighter he is. So he had a full year to develop and I was with him all that time there, so he got to see the senior fighters and what they were doing right and what they were doing wrong. So you try to learn from that. And now, it’s just reminders.”

These days, the training and mentoring takes place at Valle’s VFS Academy in a Chicago suburb, far from Mexico, where Rodriguez has gone from prospect to superstar. But in the Windy City, he’s just Yair, a hard-working young man trying to make it in a tough sport. And it gets a lot tougher against former lightweight champion Edgar this weekend, making the relative isolation a necessity.

“It’s not bad to be in Mexico, but here in Chicago, people know him, but it’s not like Mexico,” Valle said. “In Mexico, he can’t walk over there. So he’s very mature when it comes to that situation, he’s very focused on his training and he’s very focused on his goal to be the best. He’s not chasing anybody, he’s not building his name off anybody, he just wants to fight the best. Frankie Edgar is one of the best, so he wants to fight him and that’s what it comes down to. We’re not chasing names – we’re chasing his goals.”

The goal is not just to be champion, but to be great, to follow in the footsteps of the great Mexican fighters of the past. And while he’s shown flashes of brilliance in his wins over BJ Penn and Andre Fili, as well as grit in his Fight of the Night victories over Charles Rosa and Alex Caceres, most believe the Edgar bout will tell the immediate tale about Mr. Rodriguez.

But his coach has no reservations at all. He knows his fighter is ready for Saturday night and beyond.

“The division is very deep,” Valle said. “Frankie Edgar, (Ricardo) Lamas, Jeremy Stephens, Cub Swanson. They all represent adversity, all of them. So we had an option to go get one of the best, and he’s ready for that. All those guys represent the same adversity. Frankie Edgar, there’s nothing wrong we can say about him. He’s a phenomenal fighter, he always finds a way to win, he always comes back and he’s a robot whenever he’s in there. But I think Yair has something special where he can overcome all that and we truly believe that. Of course he’s going to face adversity that night, but we’re preparing for that in the gym so he can come out on top.”