Sayif Saud took his camp with zero UFC fighters and turned it into 10 in a short span. Plus he called his shot.
By E. Spencer Kyte • Jan. 9, 2019

In the span of two years, Sayif Saud went from coaching zero fighters on the UFC roster to having 10 fighters competing on the biggest stage in the sport. What’s more impressive is that the lifelong martial artist and head coach at Fortis MMA called his shot.

“In 2017 when I first opened Fortis, we had no one in the UFC,” said the 38-year-old Saud, who posted a 3-0 mark fighting out of Jackson’s MMA before injuries derailed his career and prompted a shift to coaching. “I had Carlos (Diego Ferreira), but he was on suspension, and I said, ‘By the end of this year, we’re going to have five people in the UFC.’

Along with Ferreira, who went 2-0 with a pair of finishes in 2018, Fortis MMA’s UFC squad included recent Ultimate Fighter winner Macy Chiasson, light heavyweight banger Rashad Coulter and a collection of athletes who earned their way onto the biggest stage in the sport through Dana White’s Tuesday Night Contender Series.

Over the first two seasons of the successful UFC FIGHT PASS series, no team has made more appearances and graduated more competitors to the UFC via the weekly five-fight showcases than the Dallas-based squad. 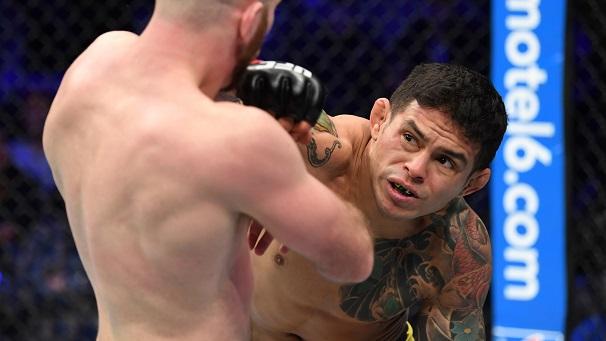 Charles Byrd competed in twice in Season 1, collecting a pair of victories and entry into the UFC’s middleweight ranks, while light heavyweights Ryan Spann, Alonzo Menifield and Kennedy Nzechukwu all fought in each of the first two seasons and came away with contracts following their sophomore efforts. So too did Geoff Neal, who turned a short-notice finish at middleweight on Season 1 into a pair of impressive stoppages back down at welterweight in 2018.

“That fight is harder than the UFC because you’re not going there to win — you’re going there to destroy!” said Saud. “You’ve got to annihilate the person across from you and show that you’re ready to go and that’s what we preach for those fights. It’s a one-round fight.

“When you’re watching the Contender Series and it gets out of the first round, you’re like, ‘All right, they’re not getting picked.’ Almost every time, you’re like, ‘This guy’s not getting picked,’” he continued. “We’re in the back watching it — and I’ve been back there so many times now — and you’re looking and you know it’s not over after the fight is over because you’ve got to see what the next guy is going to do.

“Is the next guy going to throw a spinning head kick knockout? If so, forget it — you’re out of there. Is the Sean O’Malley kid going to come out there and look great, entertain? You don’t know what’s going to happen and it’s not enough to win. So we tell the guys, ‘This is a one-round fight and it needs to be all pressure and all tempo.’ I think that’s the style you see our team fighting.”

One thing you won’t see from anyone representing Fortis MMA is a sense that they are greater than the team because they are competing in the UFC and starting to get a modicum of recognition beyond the regional scene, and that’s because Saud has built a culture centered on accountability and stressed that everyone in the gym is equal, whether they’re preparing to make their professional debut or getting ready to compete on one of the biggest UFC cards of the year.

He likens the approach to the way Bill Belichick runs the New England Patriots, putting the system ahead of the individuals and validating that premise by consistently producing quality results.

“I coach with what resonated with me and I had a multitude of amazing coaches and teammates, but what always resonated with me was accountability,” explained Saud. “You don’t have to say anything if everybody has the same mindset of being accountable; the standards are set.

“The other part of that process is that if we treat a guy who walks in for his first fight differently than the guy who is getting ready to fight in the UFC, the whole structure fails because the whole system is one where everybody is the same and everybody puts in the work. That’s what I think makes it beautiful.

“It’s like the Patriots — it’s the system that wins, and if you do the work, you’ll probably have a good result,” added Saud, who is quick to recognize the efforts of the collection of coaches and specialists who work with the team on a regular basis, including strength coach Mike Scaccia and Dr. Travis Mann. “There is some volatility and variability, absolutely, but the system wins. So nobody is above the system and nobody is above the work. Once the attitude is set in motion, all the other athletes maintain that and they maintain that with winning. When people constantly win, it reaffirms that mindset and everybody is energized.

“That’s the culture we have.” 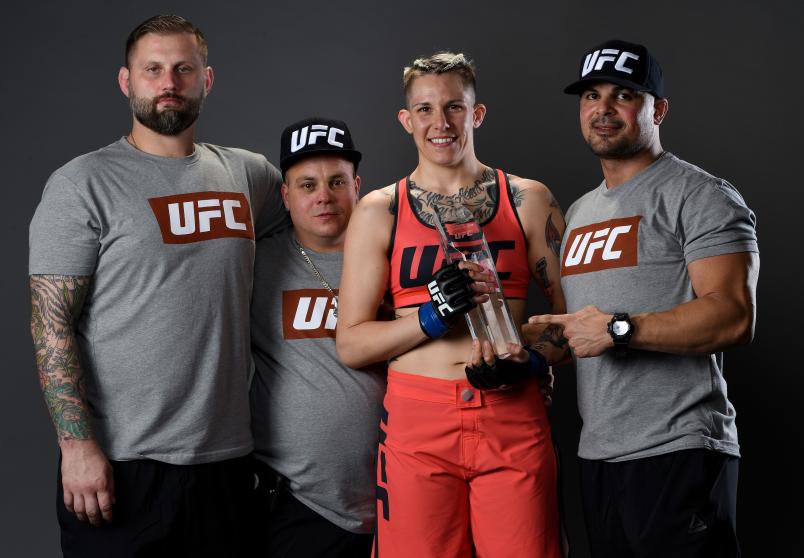 LAS VEGAS, NV - NOVEMBER 30: Macy Chiasson poses for a portrait backstage with her team after her victory over Pannie Kianzad during The Ultimate Fighter Finale event inside The Pearl concert theater at Palms Casino Resort on November 30, 2018 in Las Vegas, Nevada. (Photo by Mike Roach/Zuffa LLC/Zuffa LLC via Getty Images)

LAS VEGAS, NV - NOVEMBER 30: Macy Chiasson poses for a portrait backstage with her team after her victory over Pannie Kianzad during The Ultimate Fighter Finale event inside The Pearl concert theater at Palms Casino Resort on November 30, 2018 in Las Vega

But the same way that Belichick doesn’t ever want to focus on past results and maintains a “We’re on to Cincinnati” approach, Saud doesn’t want to sit back and live off the success of 2018 either.

Last year was great, but the slate has been wiped clean and with the 2019 campaign about to begin, the leader of the up-and-coming camp knows that continuing to post victories and building upon last year’s triumphs is what matters most right now.

“Here’s the truth: no one gives a s*** about last week; nobody,” said Saud, echoing sentiments shared by Factory X’s Marc Montoya in the last entry in this series. “In our business, you’re only as good as your last fight, number one, and number two is that winning takes care of everything.

“When you’re winning, people are bought in 100 percent. There is nothing to say and there’s not a whole lot of reprogramming that has to take place, but that could always change because, like I said, no one cares about yesterday.

“Now the goal is to up that number of homegrown UFC fighters and have three-to-five contenders in each division. I think with athletes like Geoff Neal and Macy Chiasson and Ryan Spann and Alonzo Menifield, I definitely think it’s possible, so we’re just going to put our heads down and get right back to the grind.”

They don’t have to wait long to get the ball rolling in 2019 either. 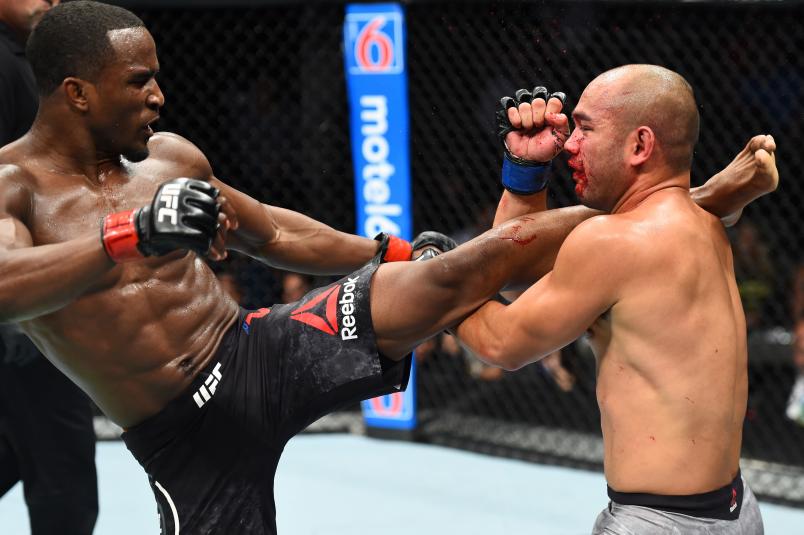 Starting with next weekend’s kickoff event in Brooklyn, Fortis MMA will send several fighters into the Octagon over the next eight weeks, with Neal and Menifield scheduled to compete at Barclays Center, followed by Spann making the trek to Melbourne, Australia to take on fellow Contender Series alum Jim Crute before Chiasson makes the walk on March 2nd at UFC 235 in Las Vegas.

With 10 athletes on the roster and more promising young talent working their way up the regional ranks, including LFA bantamweight champ Miles Johns and unbeaten featherweight Austin Lingo, the remaining weeks of the year are likely to be equally as busy.

And Saud wouldn’t have it any other way.

“I love it; I love the grind,” he said of his team’s busy start to 2019. “I’ve been a martial artist since I was three years old. My dad still has a judo and karate school. It’s what my life is, and since I’ve been doing it for so long, I’m so comfortable and it feels like home to me.

“When we have something to prepare for and get ready for, it’s just another puzzle that we have to solve and another fight we have to get past with a win. And we’re trying to stop people — we’re not just trying to win. If you just win, no one is going to remember; you’ve got to be impressive and that’s just the way it is.

Last year may have been the team’s breakout year, but with the culture and system Saud has installed and the collection of talent assembled on the mats in Dallas, Fortis MMA is going to be around for a long time.