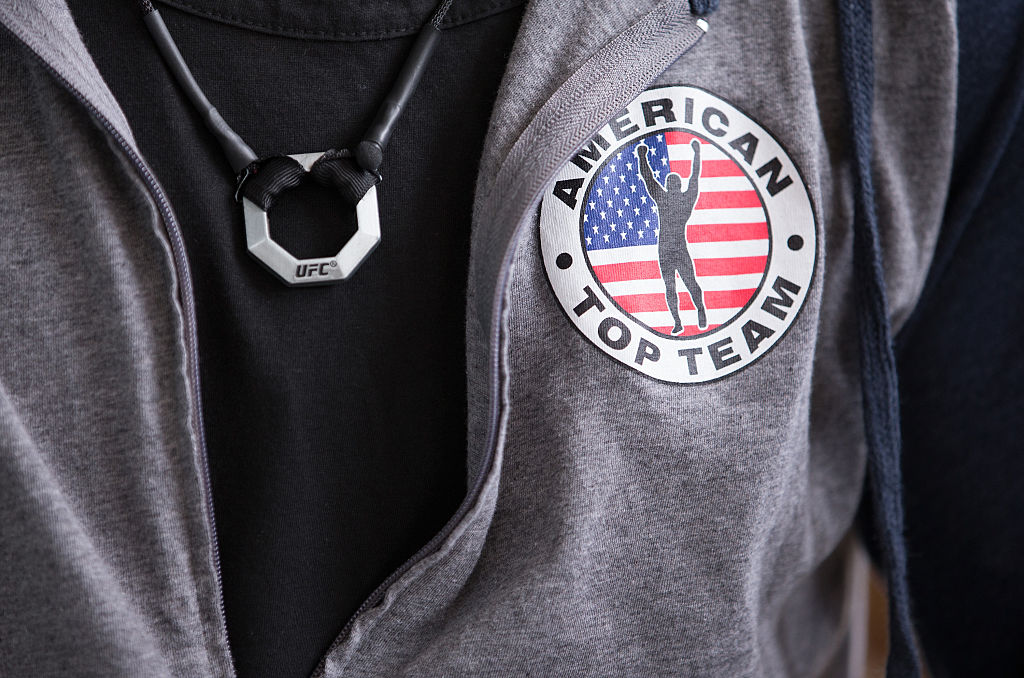 Fourteen pairs of fighters will cross the threshold into the Octagon at UFC 211 on Saturday, May 13 at American Airlines Center in Dallas, Texas and American Top Team will be represented in eight of those tandems.

Long considered one of the premier teams in the sport of mixed martial arts, the South Florida fight factory enjoyed a banner year in 2016, earning Gym of the Year honors at the Fighter’s Only World MMA Awards, led by the championship triumphs by Amanda Nunes and Tyron Woodley and strong campaigns from Colby Covington, Yoel Romero and numerous others.

“This is everything we’ve worked for,” said Ricardo Liborio, who founded the gym with Conan Silveira, Marcelo Silveira and Dan Lambert in the early 2000s. “Right now, with eight fighters (on one card), it’s another record that we’re breaking, with the goal of breaking more records and having more belts under one roof.

“This was the plan since 2000, 2001 – a lot of work, a lot of struggles with a lot of blood, sweat and tears. Now is really reassurance that we’re the best team in the world right now. This is what we’re looking for and now it’s about establishing more goals, continuing to strive to be the best and breaking more records.”

The collection of fighters stepping into the cage in Dallas is as true a representation of where ATT is at right now as you’ll ever see – a mix of new additions and long-time veterans of the gym with fighters in all stages of their careers making the walk on fight night.

Of the staples, Dustin Poirier and Jorge Masvidal stand out and each has a pivotal matchup in front of them, with the former squaring off with former lightweight champ Eddie Alvarez in the final preliminary card bout of the evening and the latter lining up opposite Demian Maia in a what looks like a welterweight title eliminator.

Of the fairly new additions to the team, strawweight champ Joanna Jedrzejczyk looks to continue her dominance against Brazilian spark plug Jessica Andrade while former titleholder Junior Dos Santos tries to return to the top of the heavyweight heap in a championship showdown and main event rematch with current kingpin Stipe Miocic.

“It’s the busiest we’ve ever been,” laughed Mike Brown, who, along with fellow UFC veteran Din Thomas, has matriculated into a head coaching position with the team. “We have a lot of coaches, so it’s split up where everyone is dealing with different fighters and we’re all trying to bring them up. Some of them can train with each other – the matchups are good enough where they can feed off each other – and some need completely different sparring partners, so we’re making due.”

If that sounds a little deflated, it’s because the no nonsense coach doesn’t like being unable to give his undivided attention to each of his charges.

“Honestly, I feel like they’re going to be a little neglected because you’re splitting your time up as best you can,” he said of the numerous fighters who will carrying the ATT flag into the Octagon in Dallas. “Normally you like to give 100 percent to each fighter, but when you have several fighters, you’re going to have to give – if it’s three fighters, it’s 33-percent to each; they’re not going to get everything.

“I work closely with Dustin, Masvidal and Joanna – those are my three top-ranked athletes that I work with. It’s going to be a busy night, but I think training camp is going great for all of them and it’s all coming together. I really like all three fights and I’m confident in all the matchups.”

In addition to liking the chances of Poirier, Masvidal and Jedrzejczyk all coming away victorious, Brown also likes the sense of calm and ease that having so many fighters competing together on the same card in Dallas brings as well.

Related: Go inside champion Stipe Miocic's camp ahead of UFC 211

Fight Week can be isolated and uncomfortable at times – you’re in a new city, away from your family, friends and familiar haunts, working to make weight and counting down the hours until it’s time to go to work.

It can be lonely.

It can be boring.

It will be none of those things for the ATT contingent at UFC 211.

“You have everyone there and we’re all going through it together; you definitely don’t feel like you’re on your own. You feel like you’re in the gym, at practice, but we’ve moved practice to another location.” --ATT coach Mike Brown

“It’s a relaxing feeling on fight week because it’s very comfortable,” Brown said. “You have everyone there and we’re all going through it together; you definitely don’t feel like you’re on your own. You feel like you’re in the gym, at practice, but we’ve moved practice to another location.”

The tricky part, however, comes on fight night itself, when one-by-one, teammates will depart the locker room and return after the bout, high on the rush of coming away with a win or dealing with the frustrations and disappointment that accompanies defeat.

Through it all, the men and women still awaiting their chance to throw down will have to navigate those waters and keep their emotions in check until their name is called.

It’s a delicate situation, but one of the perks of having such a large collection of athletes representing the same team is that while they’ve never had eight fighters competing on the same card at this level, American Top Team has been down this road before and the coaches will have them primed to handle whatever is thrown at them on May 13.

“There is so much experience that we have from having so many guys on a card,” Liborio said. “They know and we work on it with the fighters to make them understand that their story is an individual one – if somebody wins or loses right ahead of you, it doesn’t mean that it’s going to happen to you.

“This can have an effect – people get bummed out or pumped up with victories and losses, but you’ve got to separate that because you can get overconfident or get bummed out because his training partner or teammate lost right before him.”