There is a youth movement happening in the UFC right now and two fighters from the MMA Lab – Sean O’Malley and Mackenzie Dern – are part of the vanguard.

Another, unbeaten bantamweight Kyler Phillips, earned a 41-second knockout last summer on Dana White’s Tuesday Night Contender Series and is one of the 16 undefeated fighters competing on Season 27 of The Ultimate Fighter, which debuts next month. Welterweight James Nakashima could join the collection of competitors from the Glendale, Arizona fight team on the roster before the year is out as well.

That quartet is following a path traveled by several teammates before them – fighters like Drakkar Klose, Augusto “Tanquinho” Mendes and Yaotzin Meza, who earned their stripes on the regional circuit prior to getting the call to compete on the biggest stage in the sport – and one which was blazed by former UFC lightweight champion Benson Henderson.

“I think it’s super-important to have that leadership and that example in front of you,” says John Crouch, the underrated head coach of the talented fight team that also includes veterans Lauren Murphy, Alex Caceres and Bryan Barberena. “Any time you can look at people that are successful and you know what it takes – you see what they do – and you say, ‘I can just do that,’ I think it’s everything and now we have multiple people who have been successful.

“Tanquinho’ started as an amateur here. Sean O’Malley had three or four amateur fights here. James Nakashima. Mackenzie started her MMA career. Kyler fought three amateur fights here before his six pro fights,” says Crouch, rattling off a list of emerging fighters who graduated to the highest level in the sport out of his gym. “I feel like we’ve done a really good job of getting people started and giving them a path.

“I don’t think we’re the only people that do it,” he quickly adds. “I’m not saying we have some sort of magic pills – but at the same time, it is something I’m really proud of.”

While 2018 has already seen a number of promising, young competitors deliver impressive performances and establish themselves as fighters to watch in the future, O’Malley and Dern have managed to stand out from the outset of their UFC careers.

After capturing everyone’s attention last summer on the Contender Series, O’Malley has quickly become a fan favorite and one to watch in the bantamweight division, combining an outgoing, outspoken personality with active offense and proven toughness en route to claiming victories in each of his first two Octagon appearances.

A multiple-time Brazilian jiu-jitsu world champion, the 24-year-old Dern has been on everyone’s radar since she started competing in mixed martial arts in 2016. Following four wins on the regional circuit and a victory over former Invicta FC title challenger Kaline Medeiros, the decorated grappler was thrust into the spotlight earlier this month, positioned opposite Ashley Yoder in the final preliminary card matchup at UFC 222, where she came away with a split decision victory in her promotional debut.

Though Crouch is always hesitant to project how far a fighter may go simply because there are so many variables at play, the veteran leader is quick to acknowledge that Dern and O’Malley each possess some intangibles that could help set them apart from the pack and help carry them to greatness in the future.

“She could be special,” he says of Dern. “She has intangible things that people would kill to have. It’s like Sugar and his personality – you can’t teach people that; it’s just something you have or you don’t. You combine that with a crazy work ethic and some crazy skill and you could have a superstar on your hands. He could have it where every dream that he ever had could come true.

“I feel that way with Mackenzie too – she has intangibles that you can’t teach people and if she could combine that with a hunger to be great in MMA, then I don’t think there is a limit to how great she could be either.”

But the greatest factors in future success, as far as Crouch is concerned, aren’t what type of intangibles a young fighter brings to the table or the physical advantages they possess.

The two keys are hard work and trusting in the people around you.

“I’m not the biggest fan of Conor McGregor,” begins Crouch. “I think he’s ruined a whole generation of people that think social media is what you train at to get great – but that guy works his ass off. He is not lazy. He is loyal to his team and he listens to his coaches and I love that.

“I think that’s the thing people don’t look at. They look at the clothes and the talk – and it’s hard not to when it’s pushed in your face so hard – but the lesson they should learn from Conor McGregor is that you work your ass off, stay with your team, trust the process and and then you can be whoever you want to be. 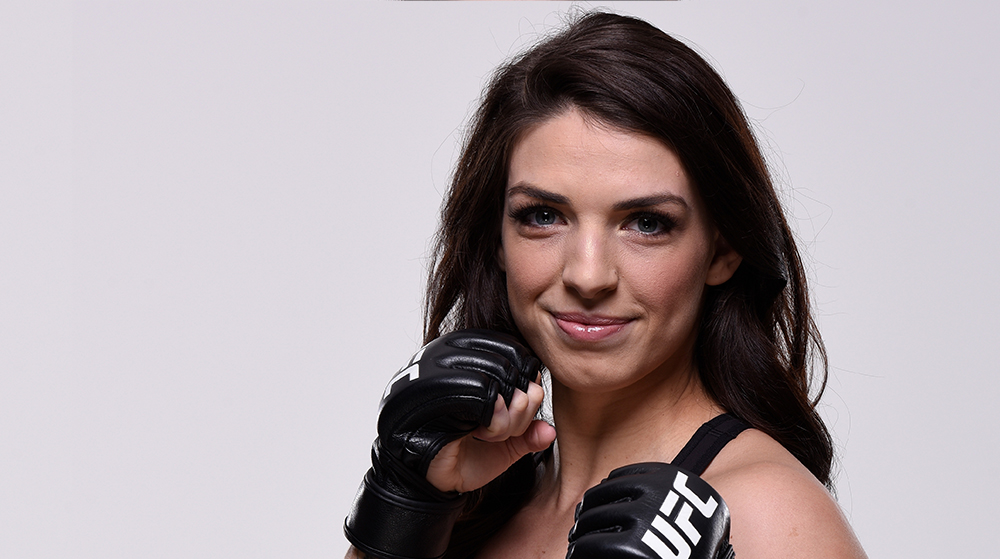 “You want to be Conor McGregor and talk? Great. Whoever you are, be that 100 percent and that’s what I think separates people. If you’re not working hard, you’ll be found out. The light of day will see you, for sure.”

Crouch laughs, acknowledging that he sounds like an angry grandpa, shaking his fist at the youth of today from the rocking chair on his front porch, but he’s speaking from experience.

He’s helped guide a number of athletes to the UFC and rode shotgun on Henderson’s journey to the top of the lightweight division.

His is not an opinion that lacks supporting evidence and it’s part of why seeing young fighters like O’Malley and Dern and Phillips taking the first steps in their own UFC journeys has people excited about what the future may hold for them.

“For me, what makes a champion is the work ethic – the willingness to put in the time and the effort,” he says. “It’s what made Ben a champion. It’s what has made Conor McGregor a champion. His personality, plus that work ethic, has put him in a different place, but people think if you just talk s*** on Twitter, you’re doing Conor McGregor when really you’re skipping everything that matters.

“You’re grabbing the sprinkles, but you don’t have a plate, the cake, frosting, candles.”

The veteran coach lets out a sharp, quick laugh.

And you need more than just sprinkles.