Camozzi is Waiting on His Man Strength 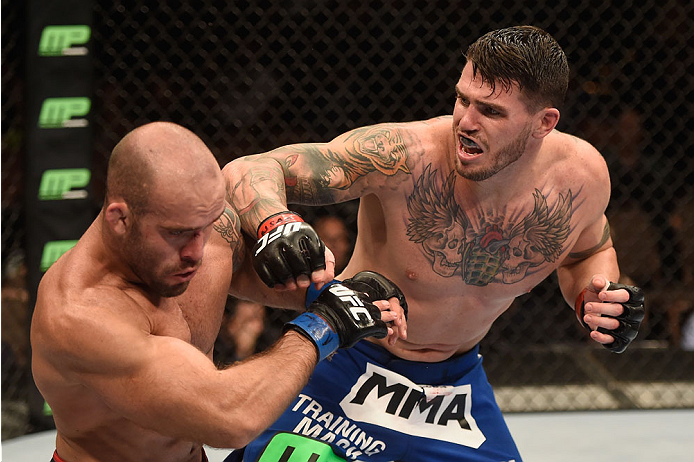 Chris Camozzi has heard that when a man reaches the age of 30, he obtains super powers that he can apply to his life and his career.

“I’m not quite 30 yet, but when I am, I’m hoping I get some man strength,” the 28-year-old middleweight quipped.

Camozzi faces Tom “Kong” Watson this Saturday, and he is fully expecting a stand-up war that will contend for Fight of the Night.

Watson, at age 33, already has that man strength, according to Camozzi’s philosophy, and while he’s impressed, there’s not much he’s too worried about. 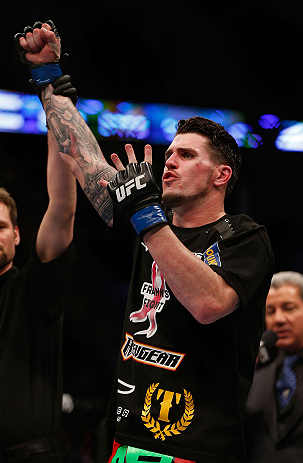 “Tom’s a great kickboxer but I think I’m better everywhere the fight goes,” the TUF alum said. “I am grateful to be here and I am looking to make the most of it. I need to get back in the win column.”

Camozzi is one of the nicest guys in a division full of nice guys. After all, champion Chris Weidman, Ronaldo “Jacare” Souza, Rafael Natal and Tom Watson are all sweethearts in a sport assumed to be tailor-made for not so nice guys. But it is this dichotomy that makes mixed martial arts a sport worth applying to one’s life.

“I’m an easy going guy,” Camozzi says. “There’s no real reason to be angry about anything. I’m very secure in my skills, both inside and outside of the ring.”

Standing two inches taller than his opponent, Camozzi believes his stand-up skills will be sufficient enough to dispatch Watson and get his career back on track.

“If you look at the stats, I don’t think either of us has landed a takedown in our fights,” Camozzi says. “I’m not a fan of takedowns. I am a fan of the Rory MacDonald versus Robbie Lawler type fights. I would rather do that than go for a takedown, but you know, I think it’s not so smart on my part. I think it takes a certain amount of maturity for a fighter to recognize when he should go for a takedown. I just never think about it, but maybe I should start thinking that way. At the end of the day, three wins in a row is a streak. Three losses in a row is a pink slip. That said, I like to give the fans their money’s worth.”

In September of 2014, before a submission defeat to Souza in a late-notice bout in April, Camozzi was on the wrong side of a split decision against Rafael “Sapo” Natal in a fight he thought he should have won. But he’s also from the school of realism, where the phrase “Don’t leave it in the hands of the judges” is a non-starter.

“That saying really makes me angry because at this level you’re not finishing guys,” he said. “If that’s really the case 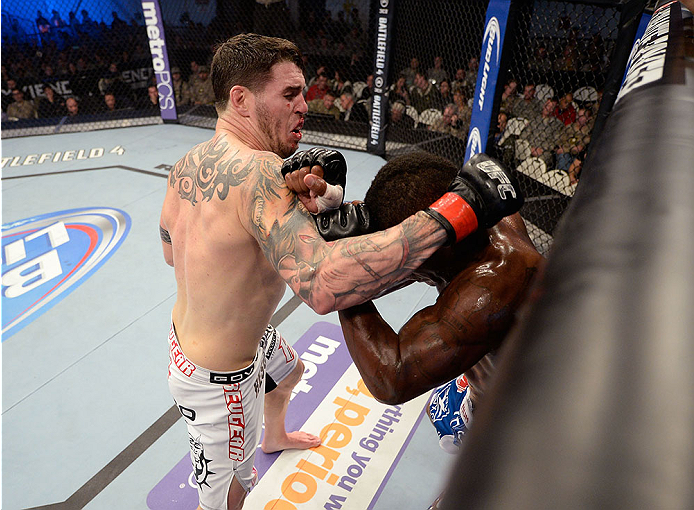 then just get rid of the judges because if they aren’t capable of judging fights then why bother? Fighters can steal rounds by landing a takedown in the last ten seconds? Really? Let’s just fight one, 15-minute round and see what happens. I mean, I know that’s not possible considering television commercials and so forth, but at this level you’re just not finishing fights at will.”

Camozzi says of all the losses, the Natal fight eats at him the most, because he really thought he won.

“No excuses, but when the judges hear the cheers you never know what’s going to happen,” he said. “He’s the first guy I’ve ever fought who physically turned his back on me. I don’t know how anyone can win a fight by literally running away but it is what it is. I can’t really dwell on it. I just have to keep moving forward.”

Camozzi doesn’t remember how long it’s been since he was on the The Ultimate Fighter (it’s been five years), but he does know his outlook on the fight game hasn’t changed very much since then.

“I will fight anyone anytime, but I’m way more technical as a fighter,” he said. “I am a brown belt in jiu-jitsu, my striking has gotten much better, and I’m a bit more sane in the Octagon.”

If anyone needed any proof his first sentiment is true, he took the aforementioned fight with the surging Souza on just two weeks’ notice, something Souza’s manager commended while calling Camozzi a warrior.

“Camozzi is a warrior,” Gilberto Faria said at the time. “I’m actually surprised at his attitude because he will get in trouble.”

Camozzi agrees it wasn’t the smartest move for his career, but if given the opportunity again, he wouldn’t hesitate to do the same thing. 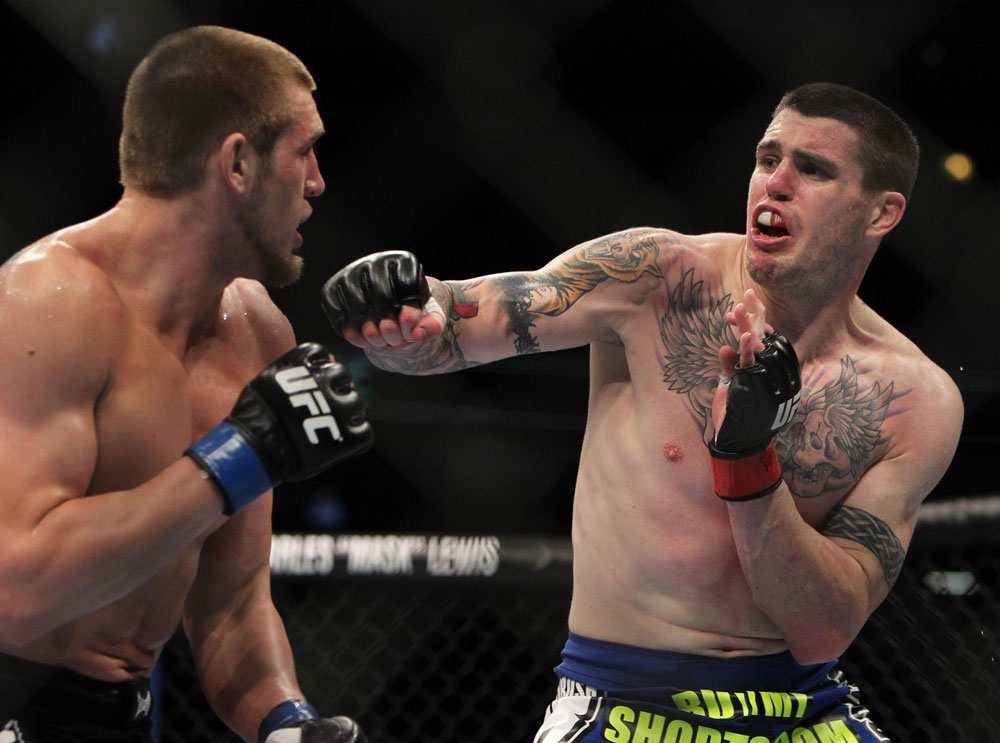 “I knew it would be a tough fight,” he said. “Sometimes you have to do those things. A win against him would have put me on the map, so you have to jump on those opportunities. I did earn a lot of fans by stepping up like that on short notice and his manager gave me props too but, man, you just have to do those things at this level. I would do it again and again and again.”

For his part, Jacare taught a seminar at Camozzi’s Colorado academy recently and told him that his legs kicks did some serious damage, forcing him to dive in for the takedown that led to yet another first round submission.

“He didn’t have to tell me that, but I appreciate it,” he said. “Maybe this time around I will just let those low leg kicks fly at a much higher frequency.”