Camozzi Steps in for Philippou to Face 'Jacare'

Up-to-the-minute news about UFC on FX 8: ROCKHOLD vs. BELFORT, taking place Saturday, May 18 in Santa Catarina, Brazil. All bouts listed have been verbally agreed upon and are subject to change.

Costa Philippou has suffered an injury, forcing him out of his co-main event bout with Ronaldo "Jacare" Souza. Stepping in for Philippou is TUF alum Chris Camozzi, who will look to build upon his four-fight win streak against the former Strikeforce middleweight champion. Camozzi's previous opponent Rafael Natal will now welcome submission artist Joao Zeferino to the UFC.

In other news, after losing opponent Lance Benoist to injury, Paulo Thiago will now face undefeated newcomer Michel Prazeres on the preliminary card of UFC on FX 8.

Injury Forces Benoist Out of Bout with Thiago

An injury suffered in training has forced Lance Benoist out of his bout with Paulo Thiago. A replacement opponent will be announced shortly.

Alcantara to Welcome Santos to the UFC

With an injury forcing TUF Brasil vet Marcos Vinicius off the May 18 card, Yuri Alcantara will now welcome Iliarde Santos to the Octagon. Santos, a native of Belem, is riding a seven-fight unbeaten streak into his UFC debut.

Camozzi in for Injured CB Natal Replaces Ferreira vs. Camozzi

After losing his original opponent due to injury, TUF Brasil winner Cezar "Mutante" Ferreira has suffered an injury of his own, forcing him out of his May 18 bout with Chris Camozzi. Replacing Ferreira is Rafael Natal, who most recently submitted Sean Spencer at UFC on FOX in January.

Camozzi in for Injured CB

TUF 7 middleweight CB Dollaway has been injured and forced out of his planned May 18 bout against TUF Brasil winner Cezar "Mutante" Ferreira. Stepping in for him will be another show alum, TUF 11's Chris Camozzi, who is coming off a decision win over Nick Ring at UFC 158.

Lentz in for Gamburyan in Santa Catarina

Just days after being medically cleared from a previous injury and agreeing to fight at UFC on FX 8, featherweight Manny Gamburyan has again suffered an injury during training and been forced off of the card. Nik Lentz will now face Hacran Dias at the May 18 event in a showdown between two talented grappling specialists. 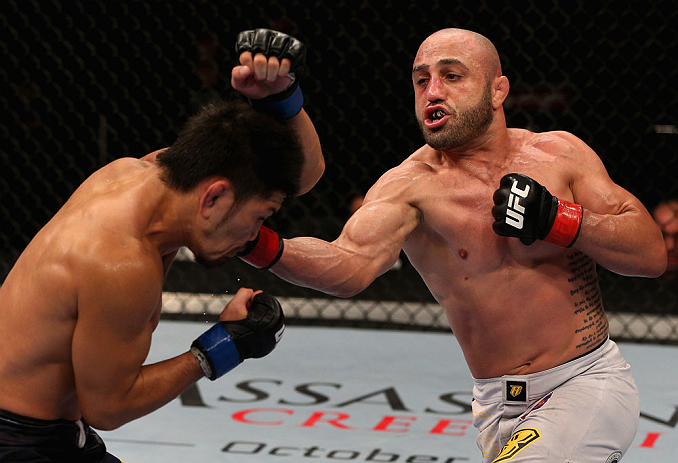 Four more bouts for UFC on FX 8 were confirmed at a press conference today in Brazil, all of them featuring prospects from Brazil's talent-rich lighter weight classes.

Lightweight Lucas Martins -- whose only loss came in January when he stepped in on short notice to face fearsome Edson Barboza -- will return to the Octagon May 18, taking on TUF Live alum Jeremy Larsen.

Veteran featherweights Manvel Gamburyan and Rio's 21-1 Hacran Dias have both recovered from injuries sustained in their recent training camps and are now set to face one another at the Santa Catarina event.

Now settled at bantamweight, Yuri Alcantara is a legitimate threat to absolutely anyone, while TUF Brasil alum Marcos Vinicius will be looking to improve his incredible finishing rate.

UFC Returns to Brazil for Rockhold vs. Belfort 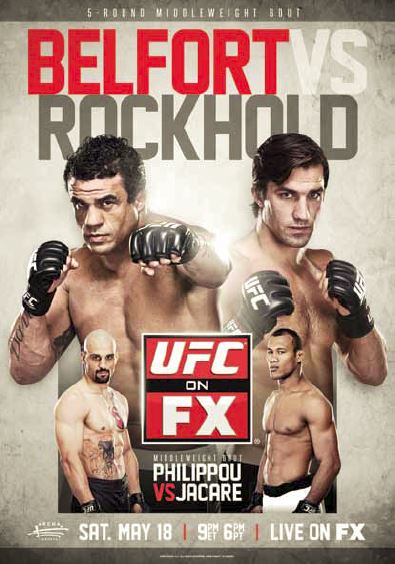 The Ultimate Fighting Championship will return to Brazil for the second time in 2013 on May 18, as the Jaragua Arena in Jaragua do Sul, Santa Catarina, will host UFC on FX 8: Rockhold vs. Belfort. In the main event, MMA legend Vitor Belfort returns to the Octagon after his victory in January at UFC Sao Paulo, where he knocked out Michael Bisping. Belfort faces Luke Rockhold, the outgoing middleweight champion of Strikeforce, who rides a series of nine wins.

Seven other fights have been confirmed for the event, all of them featuring Brazilian stars squaring off against competitors from around the world:

"This is the fourth Brazilian state that we have the joy of visiting and another great achievement for the UFC," said Grace Tourinho, spokesperson for UFC in Brazil. "Brazilian fans still have many good things to expect from us in 2013, including live events, the next season of The Ultimate Fighter Brasil and the opening of a UFC headquarters in the country."

"Fighting in Brazil is always very good, and I'm honored to fight in the third different state in my country," said Belfort, who will be looking to earn his fourth win in his home country.