Despite Suffering A Torn ACL In His Last Fight, Featherweight Calvin Kattar Remains Positive About The Future
By Maddyn Johnstone-Thomas, on Twitter @MaddynThomas • Jan. 10, 2023

There isn’t a big enough setback that could change Calvin Kattar’s positive outlook on life.

It’s a mentality that the 34-year-old continues to apply everyday as he recovers from a torn ACL that he suffered in the second round of his last fight against Arnold Allen in October. Three months after the injury, Kattar admits that he is still processing the injury, but no matter what, he continues pushing forward in order to produce the best version of himself when he returns to the Octagon.

“Everything else in my knee is good, so I guess I'm fortunate; my MCL and my meniscus (are good),” Kattar said. “I had to get surgery for the ACL, and they say it's about a six-to-nine-month recovery process and then easing into training at that point, so (I’ll) probably be out about a year.”

The answer for where such a positive mindset stems from is simple. 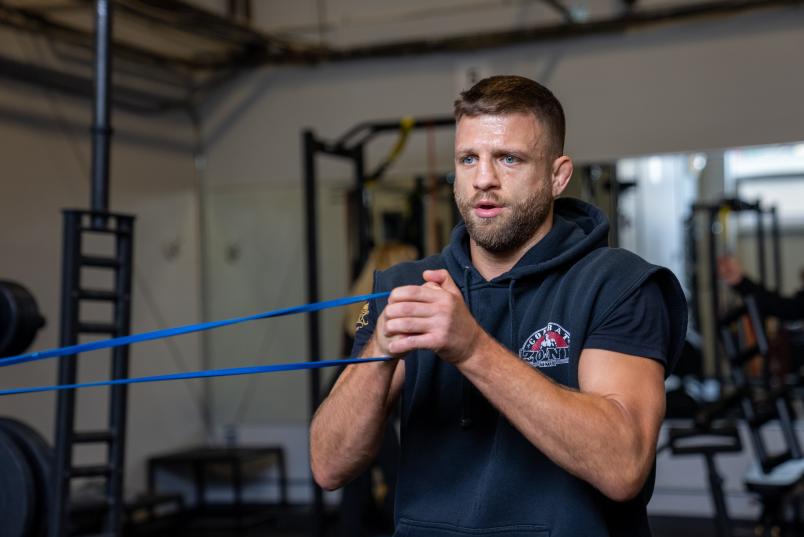 “It's really because you've got no f***ing choice,” Kattar said. “You can cry and moan about it, be a victim, but that usually, in my opinion, leads to more of a negative slope. It's all about just picking myself up, moving forward in everything, and this fight is no different. It's kind of unfortunate where you parlay that last fight off the fight before, but, at the end of the day, those things are going to be driving my recovery and my eventual return.”

For a constant workhorse like Kattar, sitting back and watching everyone else in the division compete isn’t an easy task. The featherweight division has a lot of movement up top with champion Alexander Volkanovski going for double-champ status against lightweight champion Islam Makhachev at UFC 284 next month.

“It's tough to talk s***, (Volkanovski) is out there and wants to fight the competitors,” Kattar said. “He is one of the champions that I actually really respect, because I feel like a lot of these guys like to sit back and wait for the right time and get cute for when they fight. He is just a real competitor, a busy champion, which keeps the division moving, which is good for us contenders. I wish him the best of luck in that fight with Islam when he bumps up. Hopefully he can get that double-champ status. I think he deserves it.”

That same night, Yair Rodriguez and Josh Emmett will battle it out for the interim featherweight title. But as he sits back for 2023 and watches the movement happen within the division, Kattar will remain true to himself, not really caring about who is fighting who or when, simply because he knows his time will come.

“They're all in the same bucket, and I'm fishing out of that bucket,” Kattar said. “As far as I'm concerned, I'm not really focused on any one of them, and when I step across from any one of them, it's going to be to earn that eventual title shot that I think I deserve.”

In his time away from the Octagon, Kattar has been able to offer some words of wisdom to someone who has been in his corner before. Kattar’s Brazilian jiu-jitsu coach, Nick Fiore, will be making his UFC debut this weekend at UFC Fight Night: Strickland vs Imavov.

Even at 25 years old, Kattar believes that Fiore’s future in the UFC is promising.

“He's a stud, a phenom on the ground, and I’m really excited to see him go out and get his opportunity,” Kattar said. “It's never at a perfect time. That's what you try to explain to him. It's never going to be like where you have ten weeks’ notice, everything's perfect, it's in your backyard. It's going to be a little uncomfortable, but that's what a fight is. He prepares for it better than most guys that are already in the UFC.”

Fighting in a small venue like the UFC APEX is a unique experience, and as someone who has done it quite a few times, Kattar has been able to talk to Fiore about what it is like to fight in a such a small arena. The biggest test for Fiore is going to be getting over the nerves on fight night. Kattar wants him to realize that he does belong with the best of the best, which is why he has made it this far. 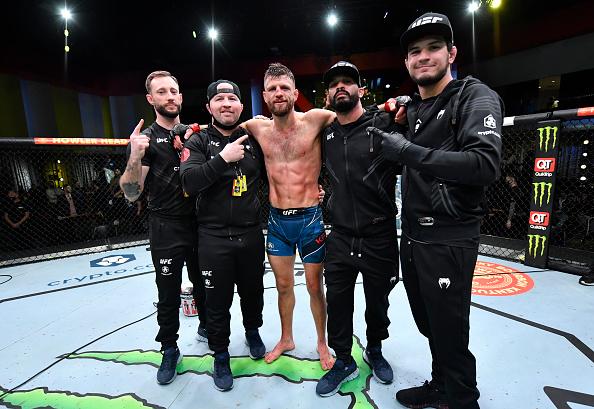 The lightweight steps into his matchup against Mateusz Rębecki undefeated with six wins, four of them coming by submission and two of them by knockout.

“His ground game is through the roof, but his standup is improving every day,” Kattar said on Fiore’s biggest strength. “His overall MMA IQ is just getting better and better, a credit to the team and the guys he's got around him. He does a good job to put good people around him, and they're going to make him uncomfortable because that's what fighting is. It is going to be uncomfortable…He's more than ready to go. He just needs to go and build the confidence through competition and now he has an opportunity to do it this Saturday.”