Rising strawweight star Cynthia Calvillo made it three for three in the Octagon for 2017, and she had to travel to The SSE Hydro in Glasgow to do it, beating hometown favorite Joanne Calderwood via unanimous decision in Sunday’s UFC Fight Night co-main event.

Calderwood and Calvillo kept it standing for much of the first round, with little significant scoring coming from either fighter. With 45 seconds left in the frame, though, Calvillo sprang into action, taking Calderwood to the mat. While there, Calvillo took her opponent’s back, and while Calderwood scrambled out of that trouble, she wound up into some more difficulty as Calvillo nearly got her arm before the horn sounded.

Outside of being on the receiving end of a bloody nose, Calderwood had a solid second round thanks to range-finding kicks and a spinning elbow. Calvillo got in a few shots, but not enough to change the course of the frame.

The third round was close as well, but it was Calvillo who may have sealed the deal with a late takedown and rear naked choke attempt.

Dedicating his fight with Scotland’s Stevie Ray to his recently deceased father, lightweight up and comer Paul Felder certainly made dad proud with an emotional first-round finish of his opponent.

A good part of the opening frame was spent in the clinch against the fence as Ray tried to implement his grappling game, but with under two minutes left, Felder scored with a flush left knee that put Ray on the canvas. Ray took several hard follow-up shots, and while he weathered the initial storm, two right elbows ended the bout, with referee Grant Waterman stepping in at 3:57 of round one. 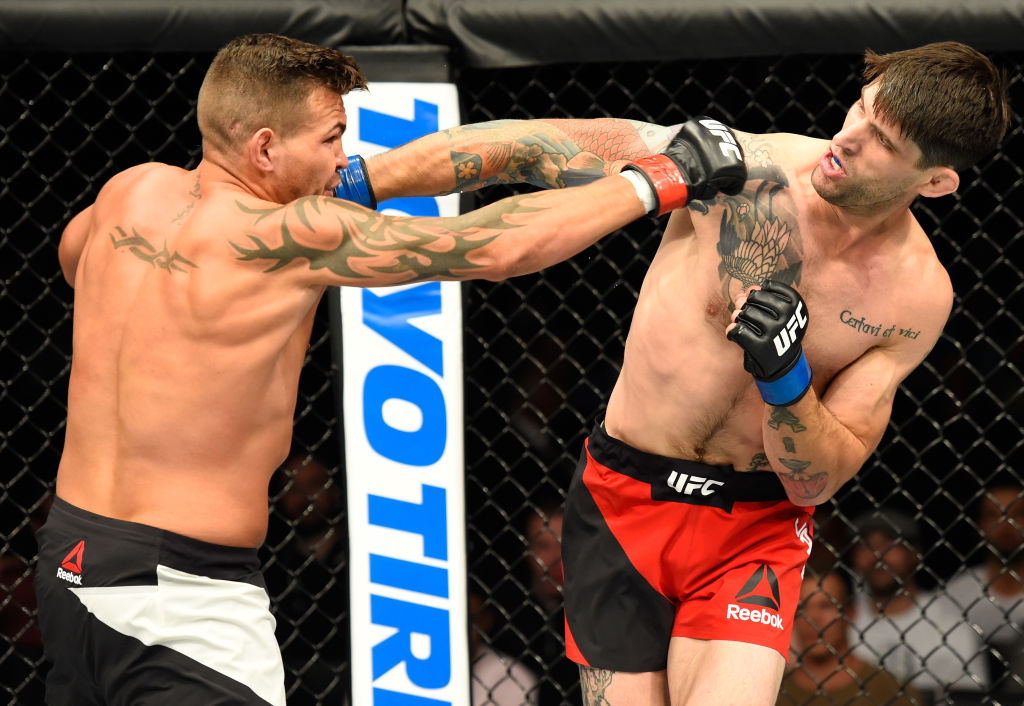 Marshman went on the hunt as soon as the bout began, and he stalked Janes throughout. That doesn’t mean it was a one-sided frame, though, as Janes got in several hard shots on Marshman. Yet the more frequent and telling blows were landed by the Welshman in the first five minutes.

Both fighters had their moments at long range in the second round, Marshman again holding the lead, but Janes was able to do some good work in the clinch, closing the scoring gap.

In the third, Janes surged late with some flush punches in the final minute, but it wasn’t enough to pull it out on the scorecards, which read 29-28 across the board for “The Hammer.

Both fighters were patient in the opening round, Craig throwing kicks while Rountree sought a home for his left hand. Before the end of the frame, he landed that left twice and jarred Craig, but it was in the closing seconds that he finished the fight with it, as he dropped his opponent and then scored with a series of shots that brought in referee Leon Roberts to call a stop to the bout at 4:56 of round one.

Willis mixed things up nicely in the first two rounds, as he fired off leg kicks, landed punches and scored takedowns as well, with Mulheron (11-2) having no answers for his versatile foe on the mat or the feet. Mulheron was able to put a little offense together in the clinch in the final frame, but it wasn’t enough to get the attention of Willis, who improved to 5-1 with the win.