Calm fight camp has allowed Shevchenko to focus on Pena

The worst question in the history of fight sports is, “How is training going?” But in the case of Valentina Shevchenko, it’s a valid one because there have been no headlines about being robbed at gunpoint, stepping in on short notice, or anything else that can take away from her task at hand, which is beating Julianna Pena in their main event fight on Saturday.

“It’s calm without any different stuff to think about,” she laughs. “All my energy is focusing on the preparation, so it’s very good for me because I think only about the training and how to be better, stronger and, of course, how to win the fight.”

That’s got to be an adjustment for Shevchenko, whose most recent win over Holly Holm last July was preceded by a May robbery in her adopted home country of Peru that resulted in her coach, Pavel Fedotov, getting shot before he returned fire and killed one of the assailants. It’s a good adjustment though.

“I prefer to have something like this, when your mind and everything goes only toward the fight,” Shevchenko said. “For me, that’s the best of all.”

That’s not to say dealing with adversity hasn’t benefitted the 28-year-old Kyrgyzstan native, who has come out on top in enough tough fights to show that when things aren’t going her way, she’s more than willing and able to dig deep and find a way to get her hand raised.

“We cannot choose what will happen in the future, but I can say that with everything that has happened, it’s made me much stronger,” she said. “Of course, we receive different types of experience – sometimes good experience, sometimes not so good – but everything is to make us stronger. I’ve been in martial arts for more than 20 years, many things have happened and every time it’s different - the preparation is different and the fight and opponent is different – but every time I try to perform at one hundred percent, and in each fight I want to be better and better.” 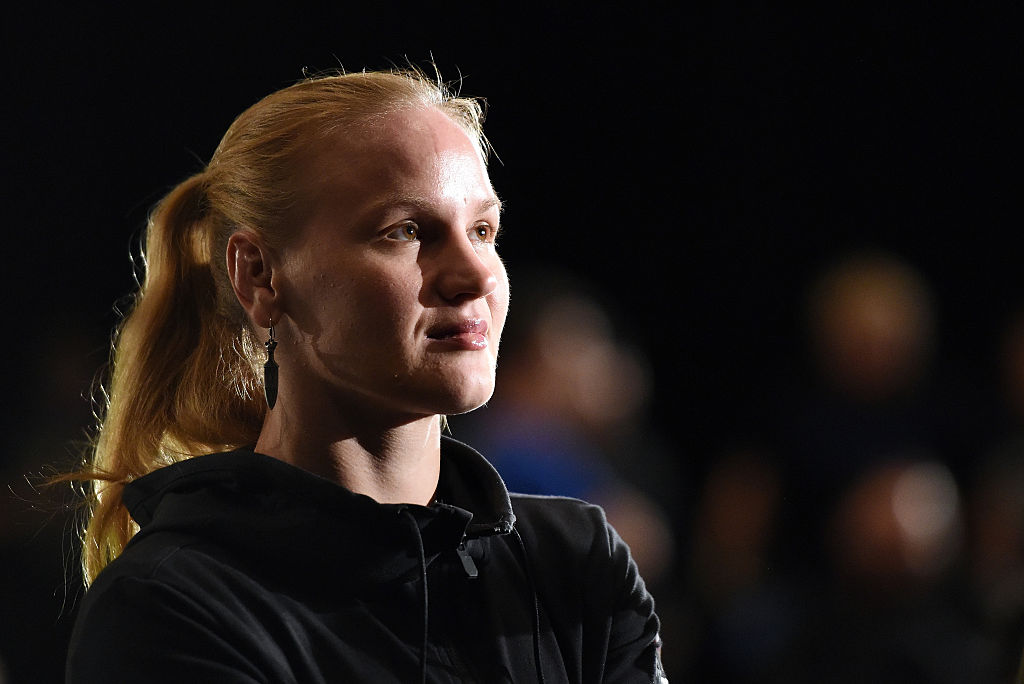 Since debuting in the UFC in 2015, Shevchenko has only needed three fights to sail into the number one spot at 135 pounds, as she’s beaten Sarah Kaufman and Holm and lost a close decision to current champion Amanda Nunes. And if she gets by Pena, she has to be next in line for a rematch with “The Lioness,” though that’s a fight she’s not too concerned with at the moment.

“I really don’t care about this right now,” she said. “I am really focused, and what I need is to win and get the victory in my next fight. This is what I think about, this is what I want, and all my thoughts, all my energy and all my power is going to the victory on January 28th. I will do everything to win this fight and then I will think about my next fight and next opponent.”

UFC Hall of Famer Forrest Griffin called it “a singularity of purpose,” the reality that for 15 or 25 minutes in the Octagon, nothing else matters but the fight. Shevchenko and Pena may come from opposite backgrounds, but they share that attitude when it comes to the fight game, and it’s why this bout has the potential to be one to remember, especially if it goes into the late rounds where Shevchenko is getting more and more at home in.

“I like to fight more every time,” she said. “This is what my coach Pavel Fedotov works with me on, the same like with my sister Antonina. In training, we are tired, and some sportsmen, they will say, ‘Okay I’m tired so I will take a rest.’ And then they start over. In my case, every time Pavel pushes us to go and to work when we’re in this condition and tired. This is not a physical thing; it’s when your mental game starts to work, and it’s the person who is stronger mentally who will win the fight. I like to fight more time and I don’t have problems with my physical condition because I always prepare for everything. For sure, the best is to finish the fight in the first round by KO or submission, but on the other side, if it will be a five-round fight, I’m ready for it mentally or physically.”

It’s a statement every fighter can make, but not everyone can deliver on. Shevchenko can, and she’s proven it. In other words, when a list is being made of the fighters who are the toughest mentally, “Bullet” should be on that list. To most parents who hear that, the reaction might be one of surprise or quiet admiration. For Shevchenko’s mother, Elena, that’s just how she raised Valentina and her sister Antonina, a fellow pro fighter.

“She knows our lives perfectly because she already spent so much time fighting,” Shevchenko said of her mom. “She understands that this is a sport and it’s not an easy sport, because if it was easy, everybody will do it. She understands that there’s some risk, but she knows that this is our lives. It’s the same for me and my sister. We love martial arts and, for us, it’s not just a career; it’s our whole lives. When we’re not training, we’re thinking about martial arts, watching martial arts, and this is everything for us. It’s our life, our philosophy, our everything. This is what makes us happy and she understands that. Sometimes it’s difficult, and in difficult moments she supports us every time, but this is what brings us together.”