Calderwood Has Found Her Home

Training in Las Vegas and a move to flyweight has Joanne Calderwood feeling like she's exactly where she needs to be.
By Zac Pacleb - UFC.com • Jan. 14, 2019

Joanne Calderwood is livid as she recounts her phone call with an airline’s customer service hotline. All she wants is a flight back home to Scotland, but a miscommunication with an airline has left her without a plane ticket, a lighter bank account and no choice.

For the last 10 months, Calderwood has trained and lived in Las Vegas, splitting time between Syndicate MMA and the UFC Performance Institute. Outside of an extremely relatable amount of international travel problems, the move has paid dividends.

The decision to move westward came after losses to Jessica Andrade and Cynthia Calvillo, the latter of which Calderwood missed weight. Calderwood starting calling herself “Jojo 2.0” after moving her camp to Las Vegas and returning to flyweight to fight Kalindra Faria at Fight Night Lincoln.

However, Calderwood got taken down in the first round and it seemed like it was going to be another long night.

“I was like, ‘F***. Here we go again,’” Calderwood said. “I managed to overcome that in the fight and stay strong and stay calm, and I was OK, and that thought went out and I did my job.”

As the opening round was near its end, Calderwood turned things around secured a triangle armbar for her first submission win. 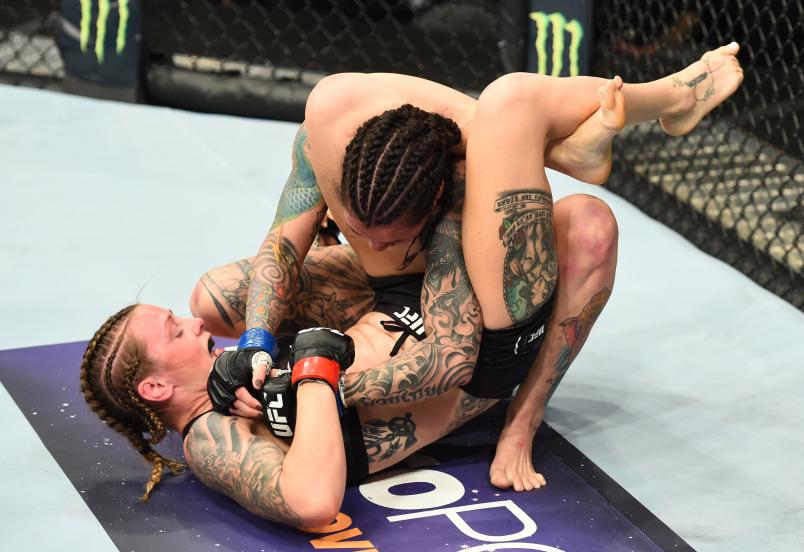 The victory and the method by which it came was a confidence boost, and Calderwood looks back at the move to Las Vegas as a key component in landing her first win in nearly two years. With the help of the nutritionists and trainers at the Performance Institute, the 32-year-old has a better understanding of exactly how she wants to operate as a professional athlete.

“You can go through a fight camp and feel great, but with the evidence that the Performance Institute guys show you on paper, you’re like, ‘Oh, wow,’” she said. “You’re seeing it in front of you in black-and-white, and you’re like, ‘OK, so they are doing their job. I’m doing my job, and everything is amazing.’”

Although she held an 8-1 MMA record at strawweight, Calderwood compared her preparation to a “fat camp” as she struggled to make the 115-pound limit.

“At strawweight, I was a good fighter. I could scrap and all that, but there was something lacking in me,” she said. “My whole camps were miserable, and I wasn’t in a good place mentally or physically. I felt it drained me. (Flyweight) is where I can truly show all my potential.” 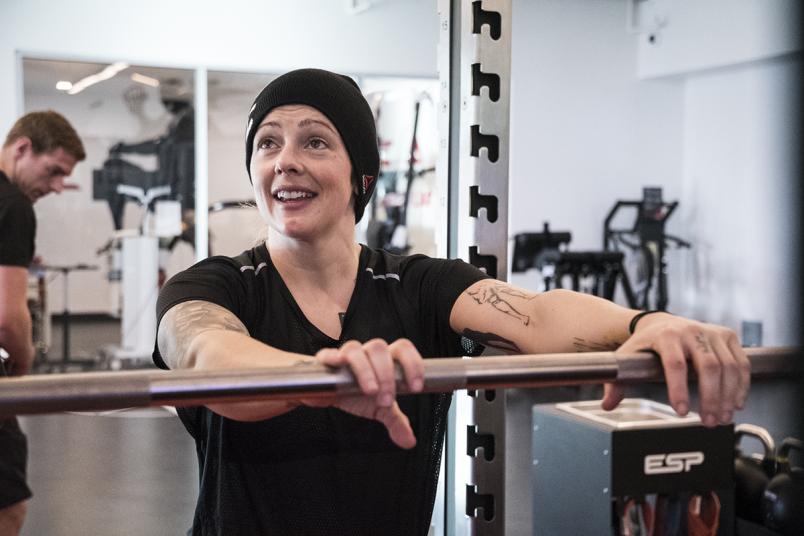 She seems to not only have found a home at 125 pounds, Calderwood also has found plenty of things to love about the desert. Surprisingly, after living in Las Vegas through the summer months in which temperatures average north of triple digits, Calderwood said she loves the hot weather even it has made her “a bit soft” to the colder climates. Even more shocking is what she likes about the U.S. as a whole.

“In America, you always go somewhere and they have salads, and in Scotland, no one wants salad because it’s freezing,” Calderwood said. “The salads you get (in Scotland) are like lettuce and tomatoes and that’s it, but here, you get your Caesar dressing and your cheese and all that, so that’s always a plus.”

It might mark the first time somebody has ever claimed America has healthier food, but that doesn’t mean she doesn’t miss the offerings back home. Given that she is trying to keep a nutritionally healthy lifestyle, it’s probably best that Scotland’s cuisine stays overseas.

As a whole, the change in circumstances speaks to her realigned dedication to becoming a better athlete. 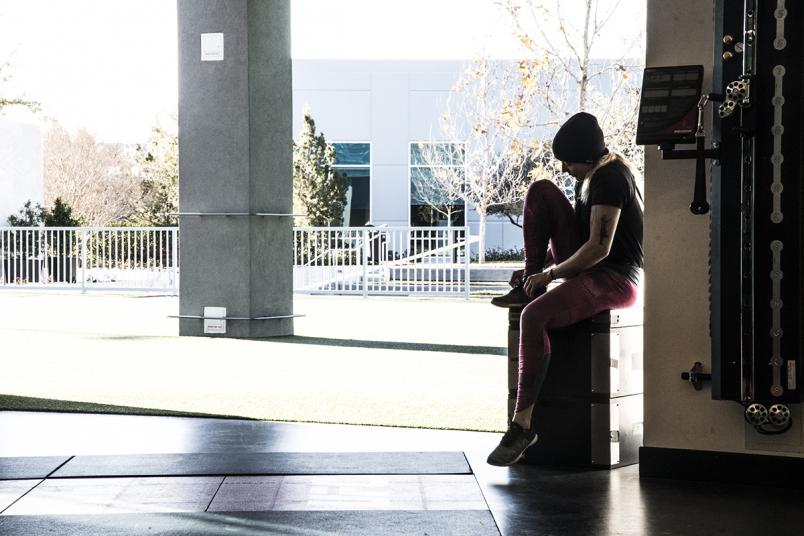 “We should be in top shape,” Calderwood said. “We shouldn’t be blowing up after fights, like, ‘Oh, I can’t wait to get pizza.’ And that was my life. I was starving myself and then blowing up, and that’s not a good lifestyle or a good way to perform or be an athlete.”

Spirits high, Calderwood is looking to improve to 3-0 in the UFC at flyweight and work toward the 125-pound title. It only seems right, seeing as she fought in the UFC’s first women’s flyweight fight ever back in 2016, which she won via a third-round TKO.

“I just feel this is the place for me,” she said. “I’m just going to go out and perform and show that on each fight that I get in the UFC and just keep this ball rolling and keeping the stoppages coming.”

Between Las Vegas and the flyweight division, Calderwood seems to have found the right homes for her career.

If only she can sort out that flight back to Scotland.