Joanne Calderwood knew the risks of taking a fight against Jennifer Maia instead of waiting for her scheduled title shot against Valentina Shevchenko, but with no settled date in sight after several start-and-stop training camps, she felt like she needed to get into the Octagon and let out all the pent-up energy.

Unfortunately, that turned into a first-round submission loss, and it was Maia who challenged for the flyweight title a few months later, albeit unsuccessfully. Calderwood, on the other hand, found herself back among the group on the outside looking in at the title picture, a reality that isn’t the one she wants to be in, but accepts, nonetheless.

“If UFC presents an opportunity, you’re probably going to take it, so no regrets,” Calderwood told UFC.com. “I’m trying to see the positives. It made me work harder in the gym as any fight does, win or lose. Always after a loss, you usually kind of change little things, what we could have done better, so yeah, we tweaked a few things and I’m feeling good.”

The road back to the division’s mountaintop begins at UFC 257 against former title challenger Jessica Eye. Although Eye is coming off a loss and missed weight in her last two fights, the matchup is still an important one in the grand scheme of the weight class. 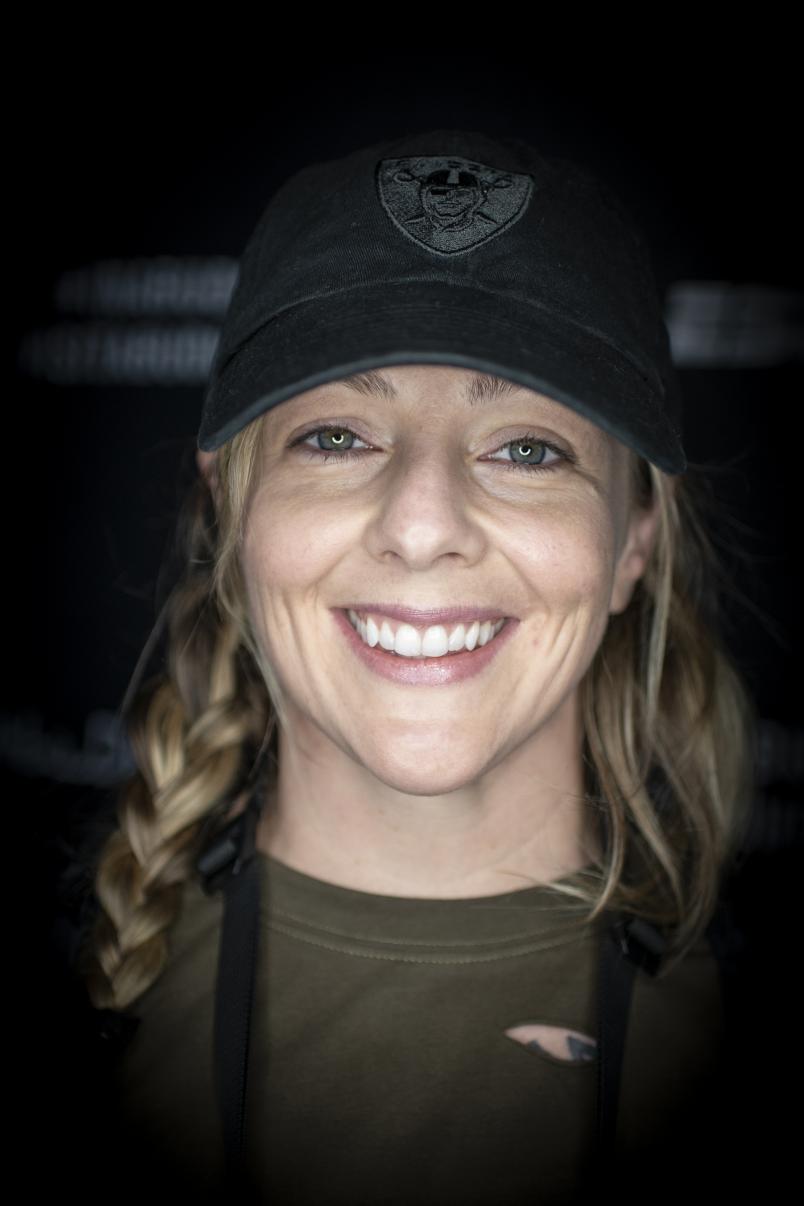 The matchup also has the sense of boiling tension. The two took jabs at one another over Twitter after Eye missed weight before her fight with Cynthia Calvillo.

“She’s just got a face I want to punch,” Calderwood said. “Even now that I’m more aware of her, and after that crap she pulled on Twitter, I’m just like, yeah. I’m just concentrating on fighting her. I don’t really care what happens in the division. I feel like flyweight is kind of an open division right now, and there’s some contenders there for Valentina, but I’m not too worried about that. I know with some performances behind me that I can get back in for that slot. Like I said, I’m not thinking too much about it right now.”

Calderwood and Eye have been mainstays in the young flyweight rankings since the division’s start, and for Calderwood, her move up from strawweight dovetailed with a move to Las Vegas. There, she found a home at Syndicate MMA under the tutelage of her now-fiancé John Wood. 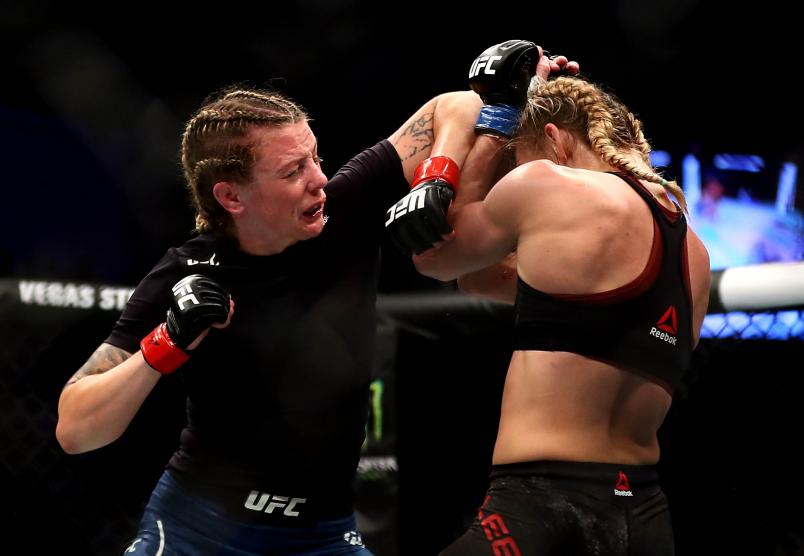 Since then, Calderwood is 3-2 and has shown all-around improvements to her grappling game in order to free up her Muay Thai-based attack.

That said, she still expects Eye to come in with a plan to get her to the ground when the fight starts.

“I say this every time I fight – they’re for sure going to probably come in and try to take me down, and after my last fight, for sure,” she said. “If I was fighting me, I would be doing the same, so I do think that will be her game plan, but is she smart enough to go in there and do that? She’s a brawler, and I know she’s kind of hot-headed, whereas she’s said she wants to come in here and probably bang me out or whatever. I’m sure that’s her game plan. My game plan is just go in there and have fun and lots of violence.”

Implementing her plan is likely to come a little easier with the presence of fans inside Ethiad Arena on Fight Island. A limited crowd of 2000 fans is being allowed inside, and UFC 257 will mark the third event in that environment to kick off the promotion’s 2021 slate.

“I love the crowd,” Calderwood said. “I go in there, and I feel just that extra energy from them. The Apex was weird. It was just cold and not what I’m used to. I’ve done it in TUF. There was my team and the other team, and there were a few other people, but I didn’t like that then, so I’m definitely someone that likes to have the crowd there, and I’m looking forward to Saturday.”

Ultimately, Calderwood is hoping to keep a busy schedule in 2021. Before earning a title shot against Shevchenko, Calderwood fought four times in 13 months. Had she fought Shevchenko instead of Maia at UFC 255, 14 months would’ve passed in between that fight and her win over Andrea Lee at UFC 242.

Calderwood’s decision to fight is an understandable one for anybody who has experienced time away from their passions – hers just included a lot more risk in terms of career trajectory. That said, she didn’t fall far, and perhaps a couple more wins get her right back into contention. Regardless, Calderwood is aware of the stakes surrounding her fight with Eye. It might not be the belt, but it’s important, and that’s what her focus is on ahead of UFC 257.

“It’s funny coming into a fight when you’re on a loss,” Calderwood said. “There is that pressure. You have to get back in the win column to get anywhere in this sport, move up the rankings, to get back to the goal of being a champion of the division. But, for me, right now, I’m just in the mindset of – I want to get back to being active, and being active is where that’ll get me in the end. Right now, win this fight and get back in there straight away. Just try and stay active, and whatever comes will come with me doing that, setting out with that mindset of this goal.”