Calderwood Eager To Bounce Back In Glasgow

Had the stars aligned, Joanne Calderwood might be facing UFC strawweight champion Joanna Jedrzejczyk in a highly anticipated title fight in front of her home fans this weekend.
Those title dreams were shattered by Maryna Moroz , who inflicted the Scot’s first professional loss on a disastrous night in Krakow three months ago. Calderwood was the heavy favourite in Eastern Europe, tipped for stardom after her impressive performances on The Ultimate Fighter: A Champion Will Be Crowned earned her worldwide recognition.
She entered the Octagon knowing that a win could offer the biggest opportunity of her fighting life.
Ninety seconds later she exited, knowing only the unfamiliar pain of defeat.
At the highest level of mixed martial arts, you have to be prepared to spend time in the company of loss. There are no easy nights in a sport where even the champions know they are merely safeguarding the belt until the day it’s ripped from their hands.
On her return from Poland, the Kilmarnock native dismissed any thoughts of a prolonged period of introspection. She wanted to get straight back on Octagon duty. Title shot or not, UFC Glasgow offered the perfect opportunity. 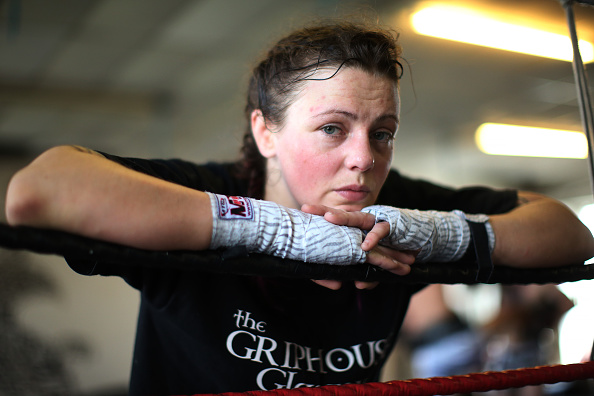 “Mentally, it’s in the past and out of my control now,” Calderwood said. “All I can think about is my next fight and performing for myself and everyone else that supports me. I can’t dwell on the past. Now it’s about never giving up. And there was no way I wasn’t going to be on this card.”
Her next fight takes place in more familiar pastures.
Originally, she was set to take on archrival Bec Rawlings at Glasgow’s jam-packed SSE Hydro Arena on Saturday night. If the lure of a homecoming wasn’t enough, when Calderwood learned her potential opponent she wasted no time in accepting the fight.
“I was even more excited when they told me my opponent,” she said. “When her name came through it gave me a little buzz inside.”
However, that rivalry had to be put on ice last week when injury forced Rawlings to withdraw from proceedings. In her place stepped late-notice replacement Cortney Casey. The American is riding a three-fight winning streak and Calderwood insists the late change won’t affect her focus.
“My job is just to fight whoever is put in front of me,” she said. “I’ve had a look at her (Casey) fights and I’m looking forward to it. My training is done now and a week from the fight it’s a case of game plan sessions and getting my weight down. It’s very important to me that I’m still on the card.”
Calderwood is glad to be back amongst her people after a turbulent year. Being part of The Ultimate Fighter, sharing a Las Vegas house with her rivals for the belt, only cemented her affinity to her homeland and the comforts of friends and family. Nonetheless, though her brush with reality television was a difficult experience, she’s enjoyed some of the results of the rise in profile that the genre has afforded her.
“I walk to the local shop in my dressing gown and people are stopping me asking for selfies,” she said. “Some want a picture, some want to say ‘hi.’ I’m always grateful for the support. It’s a nice bonus.”
Saturday will be her first fight in Glasgow in over two years. She’s lost her unbeaten record, but she’s gained priceless experience. The one thing that has stayed constant throughout that period of her life is her humility. In a sport where self-confidence and self-promotion are often seen as pre-requisites, Calderwood approaches her craft with a refreshing simplicity.
“I would still be doing MMA even if only my family supported me, she said. “It’s what I love to do. But the fact that people do like you and know you as a person, it motivates me. And it’s nice to hear from people that you’ve touched their lives and inspired them.” 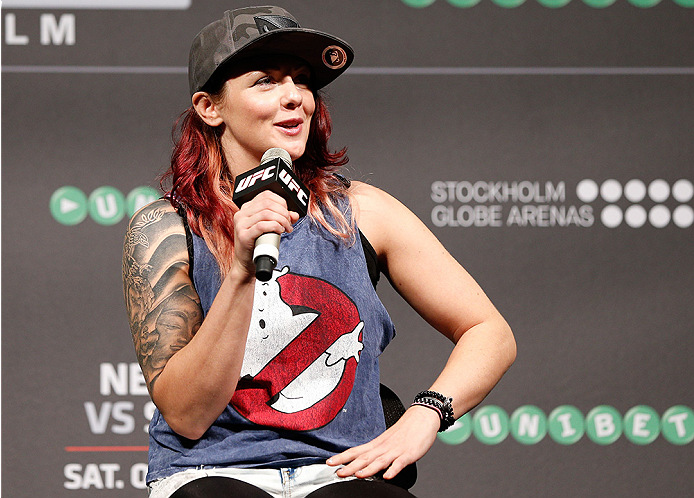 Listening to the sincerity in her voice, it’s easy to understand why Calderwood has earned such popularity both at home and abroad. Indeed, despite the presence of more experienced names elsewhere on the card, she has proved to be one of the main attractions for an event that sold out in a matter of minutes. Many are predicting a cauldron of noise and Calderwood’s softly-spoken tone rises noticeably at the prospect.
“It’s going to be amazing,” she said. “It’s going to be the highlight of my career, performing in front of my whole team, my friends, my family and all the UFC fans. It will be an amazing atmosphere that I won’t ever forget.”
Beaten but unbowed, Joanne Calderwood is ready to remind the world why she’s a force in the strawweight division.
Ralph Welch is a Mixed Martial Arts columnist who has been featured in BT Sport, The Mirror, The Underground and other outlets. Follow him on Twitter at @ralphwelchMMA.