Cain Velasquez, AKA Respond To Criticism 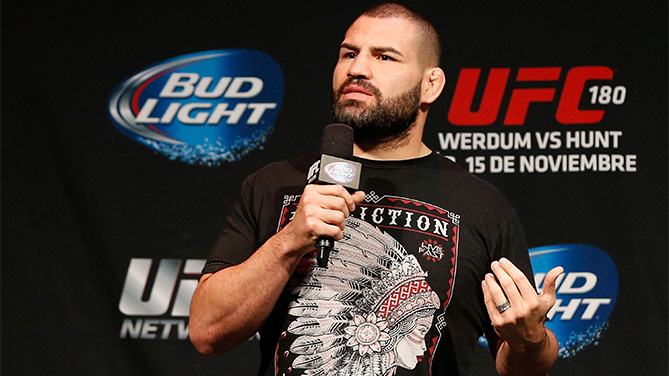 UFC heavyweight champion Cain Velasquez has little trouble with opponents inside the cage. But battling an image that he is injury-prone? That has been a tougher fight.

Velasquez, 13-1, returns to action June 13 with a long-awaited title defense against Fabricio Werdum in Mexico City at UFC 188. This fight was postponed from last November when Velasquez underwent surgery on his right knee. In fact, he has only been in the cage twice the last two years.

And UFC President Dana White let it be known this week that he holds Velasquez’s home gym -- American Kickboxing Academy in San Jose -- at least partially responsible for the champ’s prolonged absences from the Octagon. 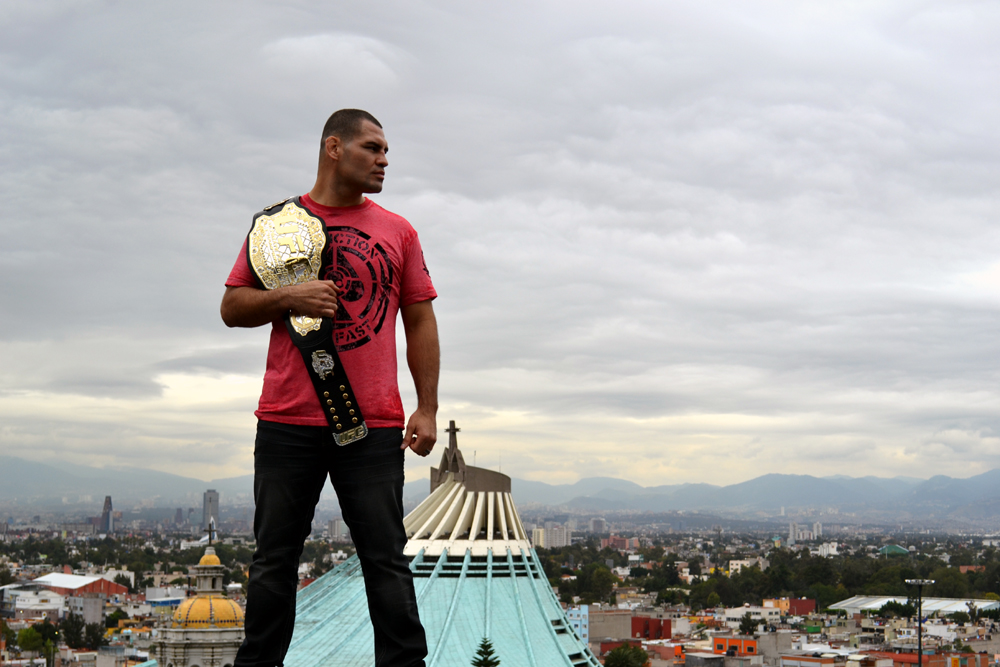 “Some of the camps are still in the stone ages and need to be brought up to date,” White told Setanta Sports. “AKA is one of those places. You’ve got Cain Velasquez, our heavyweight champion, who’s always hurt. Those guys go to war every day.”

Added White: “He’s training for a fight and he’s going to war with Daniel Cormier every day. That’s not how it’s done. Not anymore. We need to educate a lot more."

But at his Media Day event Tuesday at the AKA gym, Velasquez pronounced himself 100 percent healthy and on track in his preparation for Werdum. He also made it clear that he has no intention of altering his training regimen.

AKA Coach Javier Mendez added that while he welcomes White’s concern for fighters, his criticism of the gym is misdirected. 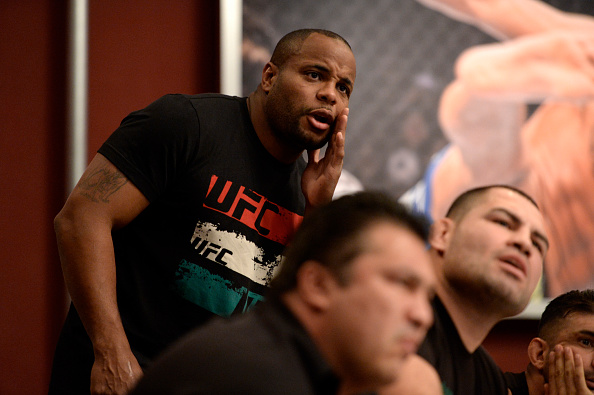 “Dana needs to come here and see how we run practice,” Mendez said. “He will see that we take every precaution necessary. It’s easy to judge without someone actually being here and seeing for yourself how things are run. I love it that Dana said that. It shows that he cares. But it also shows that he doesn’t know our gym.”

AKA has emerged as one of the top mixed-martial arts camps thanks, in large part to the trio of Velasquez, Cormier and Luke Rockhold. Cormier, a two-time U.S. Olympic team wrestler, is 15-1 and a top light heavyweight contender. And Rockhold, 14-2, may be in line for a middleweight title shot after his dominating victory over Lyoto Machida last Saturday night with a second-round submission.

Velasquez, in the words of Rockhold, “is the baddest man on the planet.”

All three fighters have talked about how training together has pushed each of them into UFC’s top echelons. Before dispatching Machida, Rockhold called it a case of “iron sharpens iron.”

Mendez said his philosophy is that good sparring partners are what make good fighters.

That said, Cormier added Tuesday that the fighters have made some adjustments in the gym. For instance, Velasquez and Cormier now only spar once a week.

“Everything we do is developed here in this room, not in the Octagon,” Cormier said. “That’s why we turn it on in this room. . . . Cain has had some bad luck, that’s all.” 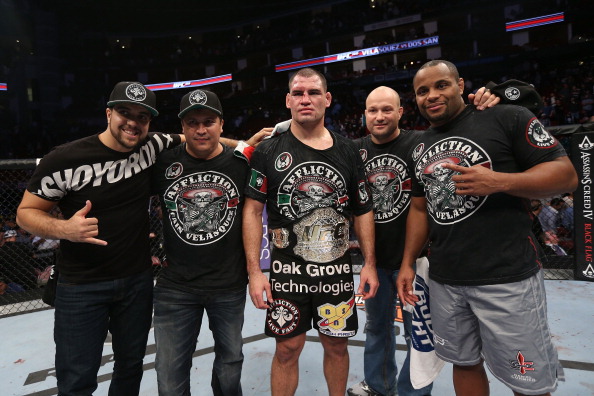 Two of Velasquez’s most serious injuries came not during training, but in fights. He has injured both shoulders in bouts against Brock Lesnar and Junior dos Santos.

“But I do listen to my body now,” he added. “I’ve learned that sometimes less is better than more.”

Any training camp is a balancing act between getting ready for the fight and not getting hurt.
White understandably wants his biggest draws in the cage as much as possible.

In the Setanta interview, White said that he hoped that a new rehabilitation and therapy center that will break ground in Las Vegas in June can make a difference.

Meanwhile, Mendez joked that he sees a marketing opportunity in White’s comments.

“I think I like that name: AKA Stone Age,” he said. “We can have a caveman with the big club. I think that’s cool.”