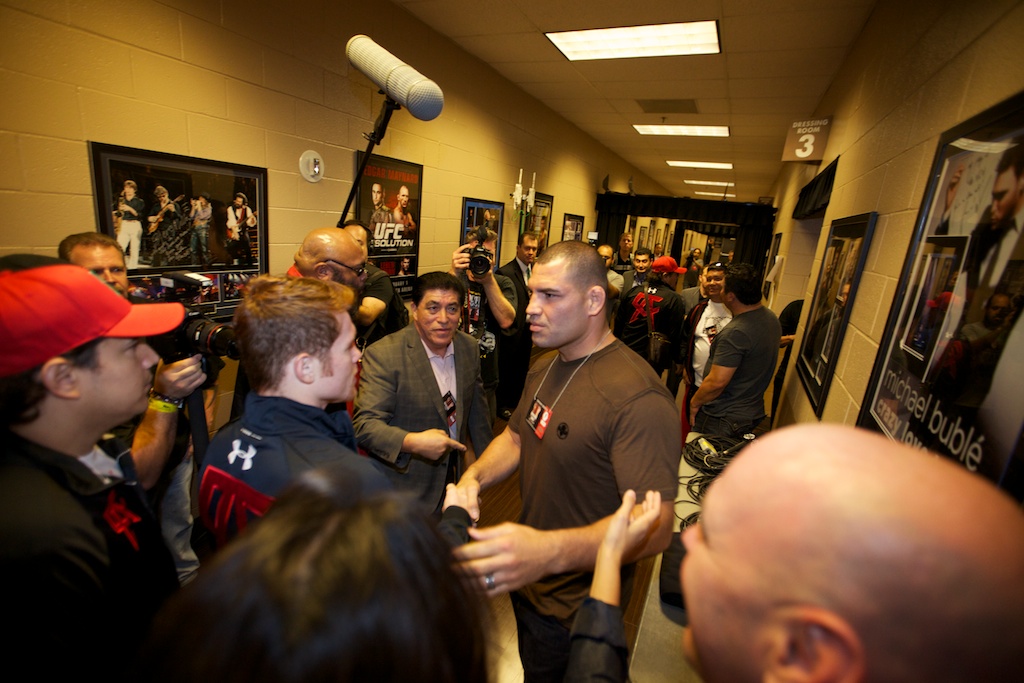 In a few hours, the Guadalajaran boxer will get the biggest test of his 43-0 career in a super welterweight title fight against "Money" Mayweather. Velasquez, the first full-blooded Mexican champion in combat sports, came to Las Vegas to watch the fight and to wish the best of luck to Alvarez at Friday's weigh-in.

The fighters exchanged greetings and tips before their respective fights to decide their futures as champions.

"Canelo is hungry for this fight and that could weigh on Floyd," said Velasquez. "[Alvarez] has always worked hard, and Mexicans have that fighting heart.

Cain is a boxing fan and grew up admiring the historic Julio Cesar Chavez, with whom he was also able to meet at Friday's event.

Velasquez will defend his title against Brazilian Junior dos Santos next month on October 19 at UFC 166 in Houston, TX. This bout will be the third installment in a trilogy between the men, with each man having already won the belt away from the other one time.