Cain grapples with consistency more than anything else 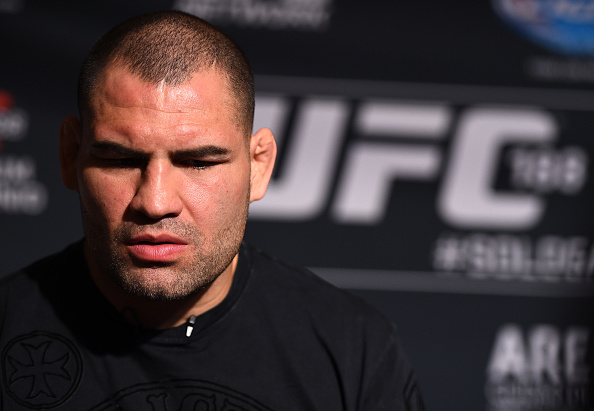 Too often when Cain Velasquez steps up to enter the Octagon and a show is signed and secured, problems seem to arise that have very little to do with what happens inside the arena.

The man known as "Brown Pride" will have a place among the immortals of UFC – that is not in question, with a solid legacy secured by twice earning the heavyweight title. Injuries, however, are the blemish that works to tarnish his resume.

The origin of the Mexican's skepticism is well documented: It begins with a career that began in NCAA Division I competition at Arizona State University. The level of demand for wrestling in college takes its toll on the bodies of those who practice in one way or another.

Since coming to UFC in April 2008, Cain has fought 13 times, with 11 victories. Enhancing his dominance in the division, nine wins came by way of knockout and two by decision.

What is also a known is that after Velasquez fought Brock Lesnar (another NCAA Division I wrestler who also suffered many health problems), his career changed once the rate of injuries increased significantly.

Between October 23, 2010, when Cain won the UFC title for the first time, and his last bout on June 13, 2015, the revered Mexican-American heavyweight has only competed inside the Octagon six times.

Cain injured his right shoulder in the fight against Lesnar, requiring surgery that sidelined him for more than a year and prevented him from defending his first belt for a significant period of time.

In his 64-second TKO loss to Junior dos Santos, Cain sustained further injury in the first round after battling a series of nagging ailments, and it would be his only fight in 2011.

Later in 2012, Cain rebounded with two wins, one against Antonio Silva; the other regaining the title after overwhelmingly dominating dos Santos in their rematch. The judges cards spoke for themselves: 50-45, 50-43 and 50-44.

In 2013, Cain appeared in two fights, both rematches against his last two opponents. He defeated Silva again and then successfully completed the trilogy vs. dos Santos. But in December of that year, his right shoulder required surgery yet again.

Cain was selected as a coach for the first season of The Ultimate Fighter Latin America in 2014, an opportunity to elevate his brand and showcase his star power. In the season finale, he had to face Fabricio Werdum for the title, another date with destiny derailed by injury. During training camp, Cain injured his right knee, and he was replaced by Mark Hunt at UFC 180 in Mexico City.

After an injury layoff that spanned nearly 20 months, Cain returned to unify the heavyweight belt against Werdum, who halted Cain’s momentum by submission to become the undisputed champion.

The rematch was set for UFC 196. This time, it would be a back injury sustained during training that forced the Mexican to undergo surgery once again. And another opportunity was lost. Cain was replaced by Stipe Miocic, who is now the undisputed heavyweight champion after defeating Fabricio Werdum at UFC 198 in Los Angeles.

So UFC 200 will be another chance for Cain to remind fans and the UFC why is a monster when healthy, in part due to his impressive physical conditioning and the devastating power of his fists. Travis Browne is not a pushover, but Cain is resolved to see that he’s the next fighter to be toppled by the Mexican, whose greatest opponent remains the inconsistency that interrupts his quest to regain a belt and remain a champion.