“Whether we go out there and have a war or I go out there and get the finish, either way, I’m going to come get him. That’s the way I’ve always fought and nothing changes.”
By E. Spencer Kyte • Feb. 25, 2019

Charles Byrd’s journey to the UFC feels like an individual version of the ascent of the gym he represents, Fortis MMA — a story of overnight success that didn’t happen overnight, but instead came through hard work, perseverance and an unwavering commitment to being the best fighter he could possibly be.

The 35-year-old middleweight earned the first stoppage win ever on Dana White’s Tuesday Night Contender Series, submitting Jamie Pickett with an arm-triangle choke with five seconds remaining in the opening round of the second fight of the first episode of the hit summer series.

But rather than securing an opportunity to compete in the Octagon, Byrd got a chance to return five weeks later for a second appearance. This time, “Kid Dynamite” tapped out Randall Wallace in the second round and punched his ticket to the biggest stage in the sport.

During his rookie campaign, the Dallas native fought twice, venturing across the pond to finish John Phillips before landing on the wrong side of the results in a home game against Darren Stewart at UFC 228 in September. 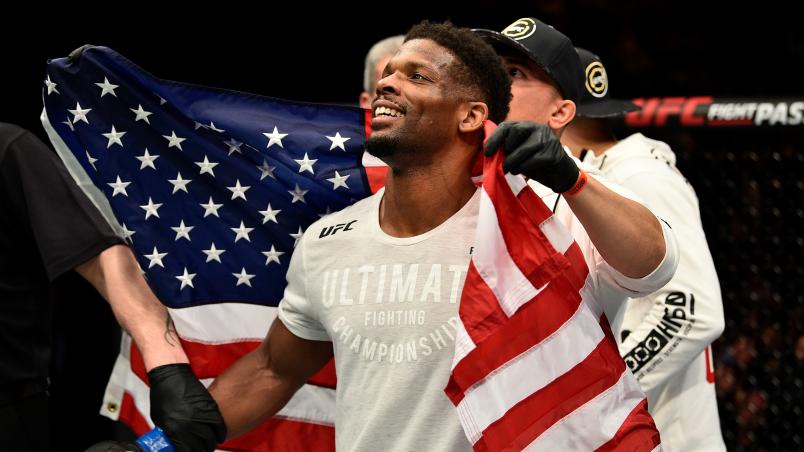 “I learned a lot,” Byrd said of his freshman season on the UFC roster. “Last year was my introduction to the UFC and how the promotion is run. I got a chance to travel abroad and be overseas for the first time and fight. It’s been a wide range of different experiences in the past year.

“It was good to get the opportunity to fight in my hometown in Dallas, but it was Darren’s night,” he said of his last appearance. “I had a phenomenal camp and great sparring partners leading up and I felt great going into the fight. I just think it was Darren’s night. He landed the elbow that caught me and had me hurt and he was able to finish.”

While people see the outcome on Byrd’s record, the mark in the loss column doesn’t tell the whole story of the fight. Just as a close fight and a complete blowout look the same when they’re both listed as a unanimous decision win, a stoppage loss doesn’t mean Stewart spent the entirety of the fight putting the boots to Byrd.

In fact, it was quite the opposite.

Throughout the opening round, Byrd took the fight to Stewart, landing the bigger, more telling blows and dictating the terms of engagement against the British powerhouse. Even early in the second, the Texan was in control, stinging Stewart and pushing him back into the fence with a series of crisp, clean punches. 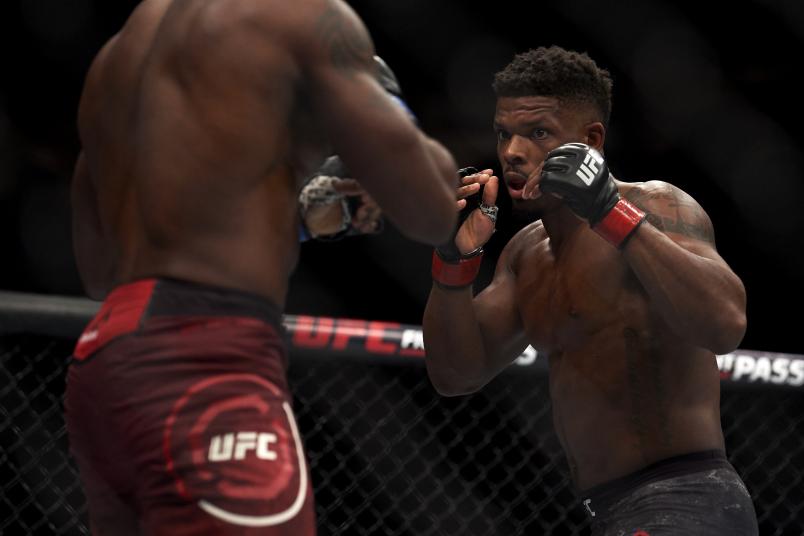 But then Stewart connected with a sharp, short elbow in close and the momentum shifted in an instant. Less than 30 seconds later, the fight was over.

“I look at my performance until then and I was dominating the fight in both areas and he just landed his shot and it was meant for him to win,” said Byrd. “I don’t look at it as anything other than that.

“It’s just part of this game. People only see the results. A lot of times people didn’t even watch the fight, they just see the end result but, for me, I understand that’s a possibility in this game. I made a mistake and I paid for it.”

Don’t mistake Byrd’s understanding for acceptance, at least not when it comes to catching losses.

“I absolutely hate losing, so I’m not saying it’s okay to lose,” he said, making sure it was clear that his willingness to recognize it wasn’t his night is by no means the same as being okay with landing on the wrong side of the results. “I hate losing, I just knew that it was his night and that’s just what it was. I didn’t go back and change all these things. I did make some changes, but they were positive changes to where that will never happen again.”

That readiness to quickly reset and get right back after it permeates the Fortis MMA team, beginning with head coach Sayif Saud and filtering down through the collection of fighters from the Dallas-Fort Worth area and beyond who make the trek to train as a part of the emerging squad.

While the doors of the all-inclusive and exclusive facility have only been open for a few years, Byrd and several of his teammates were working together well before assembling under the Fortis MMA banner, and that familiarity and consistency has been a big part of what has carried him to this point and helped him prepare to bounce back in a big way when he returns to action this weekend at UFC 235 against unbeaten prospect Edmen Shahbazyan.

“A lot of us that train together have been training together for a long time,” said Byrd, who faces the 8-0 Shahbazyan in Saturday’s Featured Prelim. “Guys don’t come and go at the gym. We don’t have drama in the gym. There are none of those distractions. You do your work and go home.

“It’s reassuring to know that no matter what, I’m going to see the same guys on the mat and I’m going to get the same output. We’re going to push each other and it’s a fight every day and our coach just keeps it that way. There is never a time where it’s ‘We’re going to take a day off.’ It’s never like that.

“We have a goal at the end and that’s to be champion and we just keep pushing until we get to that point.”

As a fellow graduate of the Contender Series, Shahbazyan was already on Byrd’s radar as he paid close attention to the show during Season Two, where his teammates Ryan Spann and Kennedy Nzechukwu were able to join him and Geoff Neal as Fortis MMA members to graduate to the UFC through the show.

Then the Glendale Fighting Club product went out and earned hard-fought decision over Stewart in his promotional debut three months after “The Dentist” had beaten Byrd, and his interest in sharing the cage with the 21-year-old grew.

Where some might be fixated on bouncing Shahbazyan from the ranks of the unbeaten, Byrd’s focus remains exclusively on being prepared and doing what he needs to do in order to secure a victory on Saturday night.

“I saw him fight in the Contender Series and then we both fought Darren Stewart, so I think I match up very well with him and I’m excited to get the chance to fight him,” he said of this weekend’s pairing with Shahbazyan. “I don’t really care about the number or the “0” — I look at what I’ve got to do during the fight.

“It would definitely be good to give him his first loss and show him a couple of things, but I don’t get caught up in a lot of those extra things. I just stay focused on what I need to do.”

That means building off the positives from his fight with Stewart and taking the fight to his young opponent in every phase this weekend in Las Vegas.

“I expect him to be gritty, to be tough and be a boxer and a wrestler,” said Byrd, offering his thoughts on how things how Saturday’s scrap will play out. “I welcome all that and look forward to it.