Business As Usual For Nicolas Dalby

Competing For The First Time In 13 Months, Dalby Feels Well-Prepared For His UFC Fight Night: Blaydes vs Aspinall Bout Against Cláudio Silva
By Kevin Schuster, On Twitter @KevinESchuster • Jul. 22, 2022

In 2007, Denmark’s Nicolas Dalby stepped into the O2 Arena in London, England, for his first live UFC event as a fan. Watching Martin Kampmann with only a couple years of mixed martial arts experience under his belt, Dalby couldn’t imagine being in his shoes.

Fast forward to the present day and Dalby is making his 27th walk as a pro and his first in The O2 Arena. But the sentimental value of this full circle moment must be put on hold, as Dalby braces for his return from a 13-month layoff to fight Cláudio Silva at UFC Fight Night: Blaydes vs Aspinall.

Numerous injuries delayed “Danish Dynamite’s” return to the Octagon. Eager to fight upwards of four times a year, a solid performance in London would be the perfect first step in getting his UFC career back up and running.

“It’s been a long layoff, I felt, but a lot of things happened, as well,” Dalby said. “I had some major injuries. I’m not feeling [injured] during the fight camp, everything has felt like it usually does.

“[Fight week] feels like business as usual. I don’t feel any rust coming off that layoff. It’s going to be exciting on Saturday to see how it feels in the cage.”

Despite competing professionally for 12 years, Dalby sees a long road ahead inside the UFC. Feeling as though he’s still in the middle part of his career, “Danish Dynamite” seeks personal ambitions with the energy of a UFC newcomer. 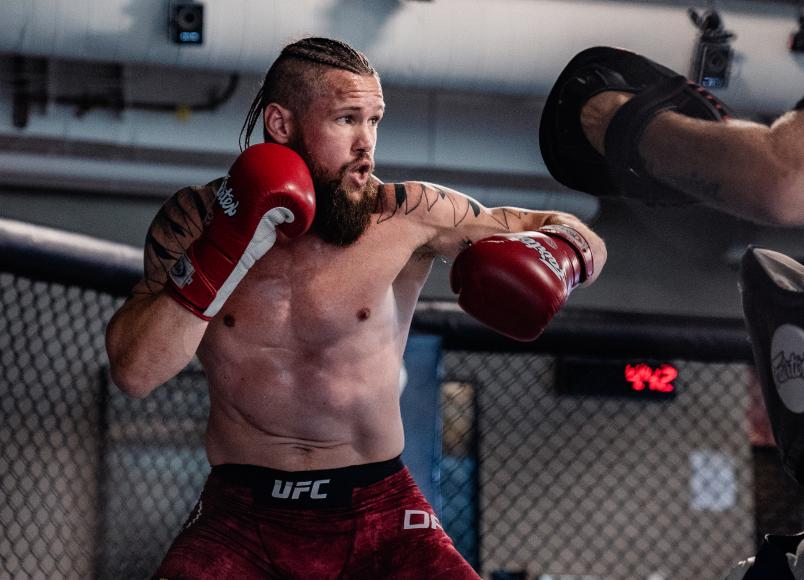 “I need to find a balance to perform more consistently, and I’ve really found that lately,” Dalby said. “I’m very much looking forward to fighting on Saturday.”

Finding that balance has never been easy for Dalby during his second stint in the promotion. Each of his last three original opponents pulled out of their scheduled bouts, forcing him to adapt to a new challenge on short notice.

Winning only one of his three short-notice bouts, the lack of preparation for his bouts was adding unwarranted stress on fight night. But, for the first time since 2019, Dalby will face his originally agreed upon opponent, and try to execute a gameplan that’s been coming together throughout his entire training camp.

“Being able to not have my opponent drop out on two-three weeks’ notice, I think that’s happened the last three fights in a row, it’s been amazing,” Dalby said. “It’s a stress factor that I don’t miss. I appreciate being able to just concentrate on one opponent throughout the whole fight camp.” 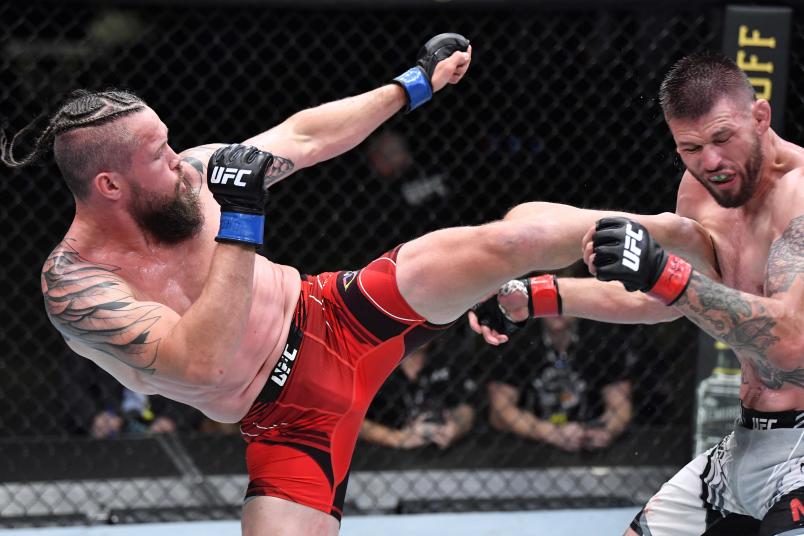 The extra time to prepare for an athlete like Silva is essential for Dalby to find success in the Octagon. Facing a high-level grappler in “Hannibal,” who has earned nine submissions in his 14 wins as a pro, Silva isn’t a fighter that Dalby wants to actively engage with on the ground, but he’s prepared for that possibility.

“I prepare for a guy like my opponent by doing a crazy ton of sparring with amazing jiu-jitsu guys and try and have them rip off my limbs,” Dalby said.

UFC Returns To Abu Dhabi With Lightweight Championship On The Line

If the last UFC London event, UFC Fight Night: Volkov vs Aspinall, had any insight on how the atmosphere will be inside The O2, then Dalby can expect the noisiest crowd he’s competed in front of.

But Dalby is able to put that aside and focus on his one goal of just getting the win. Despite never finishing an opponent inside the Octagon, playing with fire isn’t something “Danish Dynamite” wants to do against Silva, and he plans to execute enough patience to outlast the Brazilian.

“The fans can expect to see a very measured Nicolas Dalby. My opponent is very dangerous and he wants me to rush in on things, so I’m going to keep my distance, pick him apart, make him get tired [and] make mistakes, and then I’m going to capitalize and finish him.”