From bullied to fighter, Almeida making history in UFC

Thomas Almeida, currently the 7th-ranked bantamweight, was only 19 years old and had nothing in his professional MMA record when current division champion Dominick Cruz was making his first title-defense in the UFC in July 2011. But the fast-rising Brazilian fighter was already dreaming of being on the world's biggest stage.

Now at age 24, "Thominhas", or "Toto", as he’s known by his teammates, will step in the Octagon on Sunday in a main event clash in Las Vegas against Cody Garbrandt. One more win puts Almeida among the best in the division, and closer to his long-sought opportunity of a title shot.

Things have always happened fast for Almeida. Despite his young age, he has already 21 wins on his record, 16 of them by way of knockout. He has been complimented by his idol, Mike Tyson, with whom he was photographed after beating Brad Pickett in July 2015, and is constantly praised by Dana White.

His Octagon debut was in November 2014, when Almeida beat Tim Gorman by unanimous decision. He has since fought three more times, scoring three knockouts and three Performance of the Night bonuses.

"His goal is to be as damaging as possible," says Diego Lima, his coach and mentor.

But Almeida’s preparation to become a phenom inside the Octagon began at the early age of 13. As a kid, he was walking the streets of Sao Paulo when he was first interested in a muay thai class he watched near his home. He then convinced his father, who had practiced jiu-jitsu, to put him in the gym.

"I trained for six months before I knew that's what I wanted for my life, and then I started training to become a professional muay thai fighter,” Almeida explains. 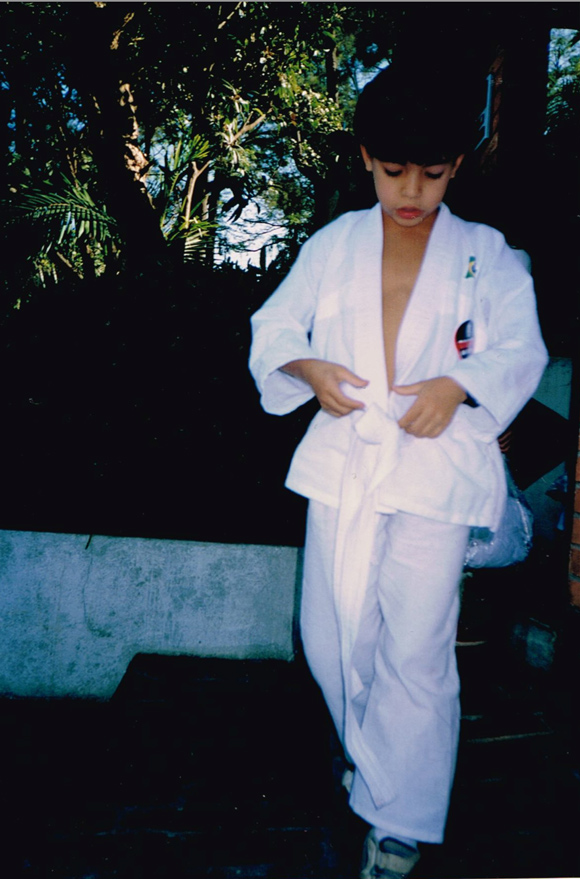 Like many other young fighters, his gym time was limited by the full-time school he attended, but that didn't last long. Thomas' mother, Lucila Pinto, says when she noticed her son's dedication and will to become the best fighter in the world, she gave a fighting career her blessing.

"I wanted him to keep studying, but I realized fighting was his wish. Thomas was always so sure of himself, so how can you doubt someone like that?" she recalls.

The solution? Move her son to a part-time school.

Despite having begun his muay thai practices at age 13, Thomas Almeida had his first big fighting challenge at age 9. No, it wasn't a professional one. It was just another school fight, but it proved he wasn't afraid of a challenge.

There was a boy at Almeida's school who used to steal food and bully the other children, including Thominhas, who didn't want to involve his parents in finding a solution to this problem. 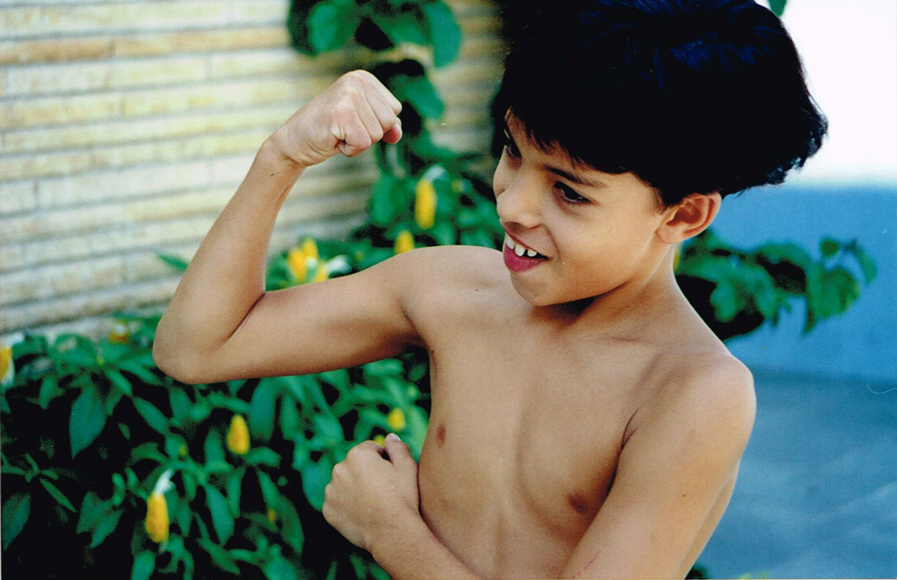 "He took the guts to kick the boy's butt, even though this kid was much taller and had a judo-champion father,” Lucila recalls. “Thomas was smaller, but he was brave. It's funny that they became friends afterwards, and that this kid still visits my house today.”

That's the spirit Thomas brings to the Octagon. His training partners at Chute Boxe academy in Sao Paulo guarantee he is not afraid to go after his opponents and that he will fight back when hit first.

"What's different about him is the fire in his eyes. When he's hit, his instincts tell him to fight back,” Diego Limas says. “Nothing scares Thominhas, he has no fear and he steps in the Octagon to finish his fights.”