Buffalo native Green ready to make most of UFC opportunity

Desmond Green has had a recurring dream the past six years. In it he gets a call from the school he broke records for as a Division-1 wrestler.

“The Predator” was the first University at Buffalo wrestler in history to record 100 wins before his senior season and needed just 36 more to break the all-time mark.

But Green, who is set to make his UFC debut at UFC 210 on April 8 at Keybank Center, never got his chance at history. He was dismissed from the team after a second positive test for marijuana.

In his dream, Green said UB officials offered him his last year of eligibility back so he could go for the record.

“So many times I look back at that situation and - I love UB but I feel ashamed,” Green said. “It wasn’t even the NCAA, it was the school. I feel like I was targeted. But everything happens for a reason though. When that happened it sprung me into MMA.” 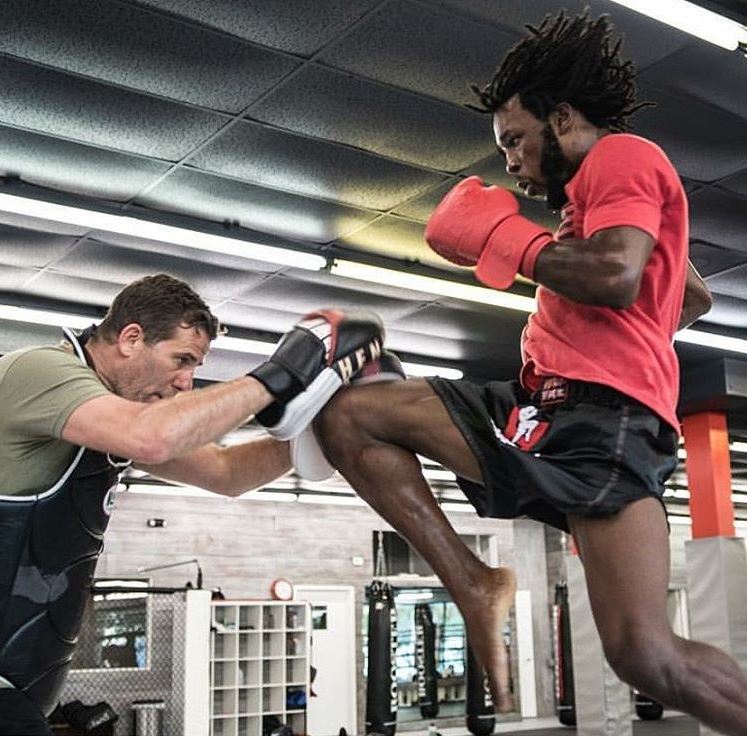 Green (19-5) has been knocking on the door of the UFC for years. The lightweight prospect, who takes on Josh Emmett (10-0) on the UFC FIGHT PASS prelims at UFC 210, feels like he’s just now blossoming into a complete fighter.

After leaving UB, Green’s journey took him on a trek across the U.S. and even abroad. He has spent time in New York, Colorado, Montreal and now calls Florida home as a member of the transitioning Blackzilians team.

While training and studying other fighters during his travels, Green said he’s tried to implement Bruce Lee’s famous instruction: “Absorb what is useful, discard what is not, and add what is uniquely your own.”

“I’ve been blessed to be able to train at some of the top gyms in the world,” he said. “I’ve trained with top fighters from Georges St-Pierre to Anthony Johnson. I’ve been able to see all these fighters go through different regimens and what works for them. I’ve been able to take a little bit from everybody.”

Green found his most influential training partner in Florida with No. 6-ranked UFC lightweight Michael Johnson. “The Menace” has helped Green round out his game. The two go at it training and have developed a special bond.

“Our team is known for having the best strikers in the world and he’s right in there, competing with everybody and getting better day by day,” Johnson said. “His wrestling is his biggest threat but people shouldn’t sleep on his striking because he has knockout power. He loves to scrap.”

Green has won his last four fights since moving to lightweight after struggling with the weight cut down to 145 pounds. He said that he was basically at 60 percent in his featherweight fights because of the drastic cut. He even had to go so far as to chop off his trademark dreadlocks (where he gets his nickname Predator) on two occasions just to make weight.

After what Green called the best fight camp of his career, the Rochester native is ready to perform in front of his hometown crowd. It may not be the wrestling homecoming he dreamed of, but it’s still a dream come true.

“For this fight everything is going to be perfect,” he said. “I’m putting together the weight, the diet and the training, and people are going to see the best Desmond Green.”