Bryan Battle was like a lot of young men raised on combat sports and action movies; he always wondered what it would be like to get into a sanctioned fight.

Most let those plans go. Battle didn’t. But how far would he go to chase this bucket list item?

“I said it was a bucket list thing but, in my head, it was something where, all right, you win, don't stop until you lose. That's kind of the way I talked myself into doing it at first.”

Sounds like a plan. But as Mike Tyson said, everybody has a plan until they get hit. And Battle got hit in his first amateur bout against Michel Andre.

“I lost my first amateur fight,” he said. “I lost it by vicious KO.”

Time for a new plan. Mr. Battle was going to stick around for a while.

“I knew I couldn't go out like that,” he said. “I won my next eight amateur fights and somewhere in there, I was like, all right, I think I can really do this, I think I can be good. I don't know if I really needed an eight-fight win streak for that to happen. In my head, I just needed a way to justify it. I needed a way to justify being 21, 22 and actually committing to being a fighter.”

All-in as a fighter, Battle turned pro in 2019 and hasn’t looked back. He certainly doesn’t reflect on those who didn’t ride with him on this most unique of journeys.

“A lot of people give you the encouragement, but you know it's not real encouragement; they're just being nice to your face,” he said. “And there are very few people who are there to really say, ‘Hey man, let's f**king go, let's do this.’ Those are the people I'll remember always, who from the jump were like, ‘You want to do this, let's do this.’ But there's not a whole lot of those people.”

At least there were some, including his dad, whose love of the game was passed down from father to son. 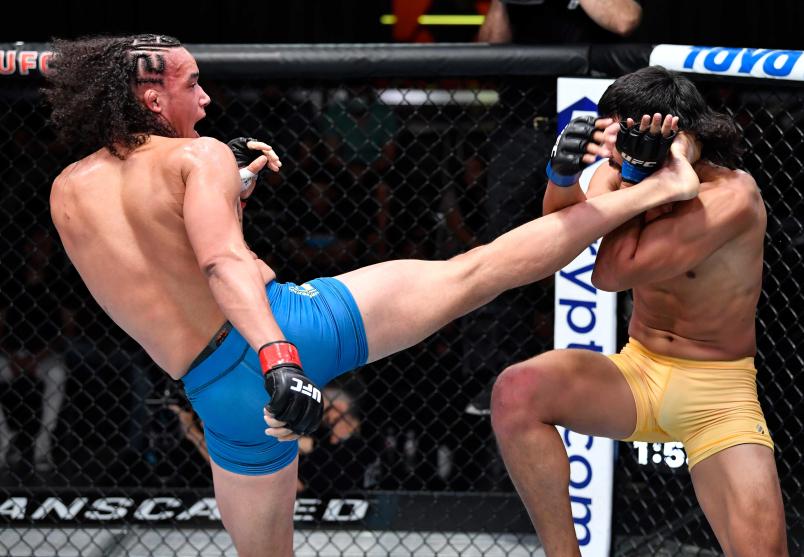 “I grew up around sports and around a dad who was always really interested in combat sports,” said Battle. “My dad did two kickboxing matches in college, he always watched the UFC and always watched The Ultimate Fighter, and when I was a kid, the only R-rated movies I could watch were action movies with my dad, like old Jean-Claude Van Damme movies or The Terminator, so I loved fighting.”

That loved hasn’t faded for the winner of season 29 of The Ultimate Fighter, who makes his first start of 2022 against Tresean Gore this Saturday in Las Vegas. So what keeps the love alive?

“I was always a super competitive person and there's nothing more competitive than mano e mano,” he said. “Growing up, I always played team sports, and the tough thing about team sports is you could have the performance of your life and your team could still lose. You could also have the worst game of your life and your team still wins and everyone forgets how bad you did. In combat sports, it's all on you. You have the best match of your life and you win, you get all the spoils that go with that. If you have the worst performance of your life and lose, everyone knows that you messed up, and there's just something honest about that. The world we live in isn't very honest, there aren't many things that are genuine, and there's not a whole lot more honest and genuine than getting into a cage and fighting another guy and figuring out who's the better fighter.”

On TUF, Battle proved his point as a member of Team Volkanovski, decisioning Kemran Lachinov and submitting Andre Petroski to earn a place in the finals against Gore. The only problem was that Gore was forced out of the August bout due to injury. Undeterred, Battle finished Gilbert Urbina and now he’ll face Gore in a fight that the 27-year-old insists isn’t for the “real” TUF title. 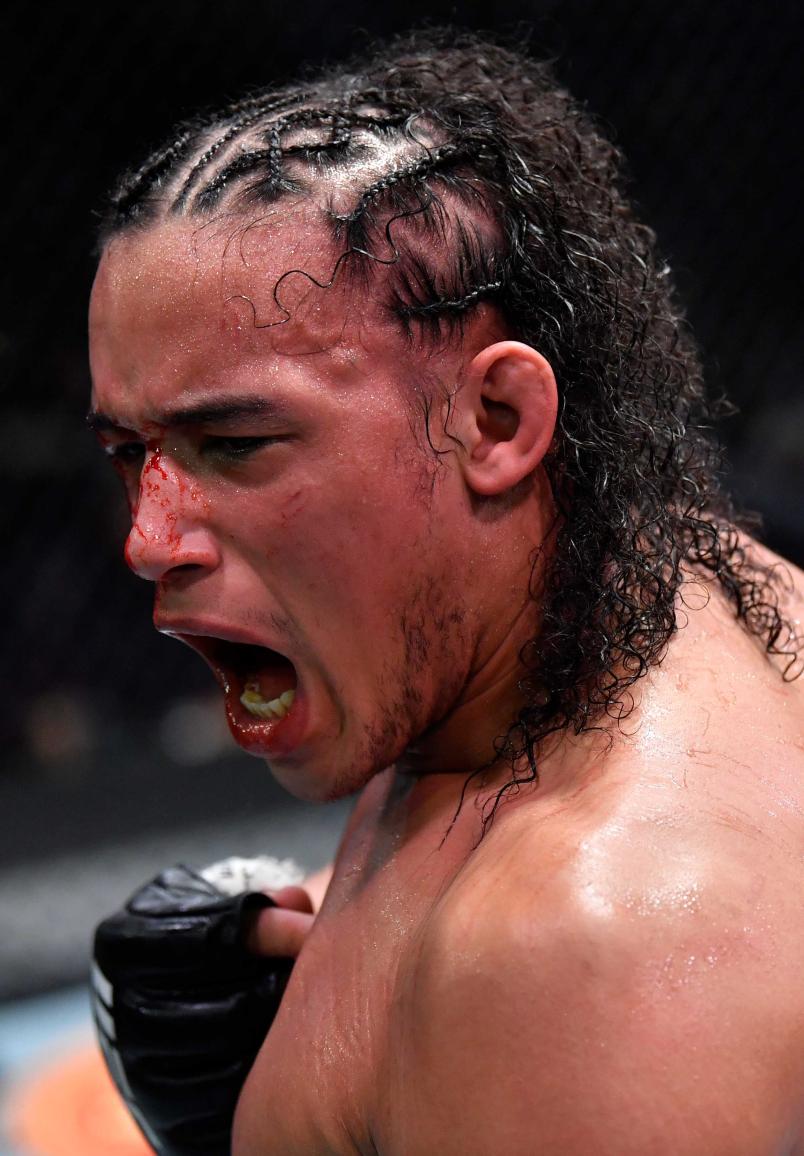 “No, I don't look at it like that because the competition's been over for a while,” Battle said. “He couldn't make the finale. I'm happy that he got everything worked on and he's feeling healthy now, but part of the show is being able to stay healthy and make the fights. And he wasn't able to, so he didn't meet the requirement of being The Ultimate Fighter. I'm The Ultimate Fighter. To me, this is my first fight as a UFC fighter and I almost feel like I'm defending the title of The Ultimate Fighter.”

And continuing on a path he wouldn’t change for the world.

“No regrets at all,” he said. “I don't even know if I would have met my wife if it wasn't for fighting. I only met her because I was working some oddball security job so that I could train more. The whole complexion of my life looks different. There's been a lot of hard work and sacrifice, but everything's been worth it.”