Bouncing Back From A Near-Death Training Accident, Bryan Barberena Is Returning To The Octagon With A New Outlook
By McKenzie Pavacich, on Twitter @mpavacich_ • Jul. 30, 2021

When Bryan Barberena left his final training session in November before heading off to his second fight of 2020, the last thing he expected was to end up on the side of a highway, hours away from his home, unable to see.

An accidental injury sustained during practice that went unnoticed almost ended Barberena’s career, but as he was rushed to a hospital and underwent emergency surgery, the 32-year-old was still trying to figure out if he’d be able to make his fight the following weekend.

While it forced him to withdraw from his fight against Daniel Rodriguez, this random circumstance created the opportunity for Barberena to see his career -- and life -- through a new lens. 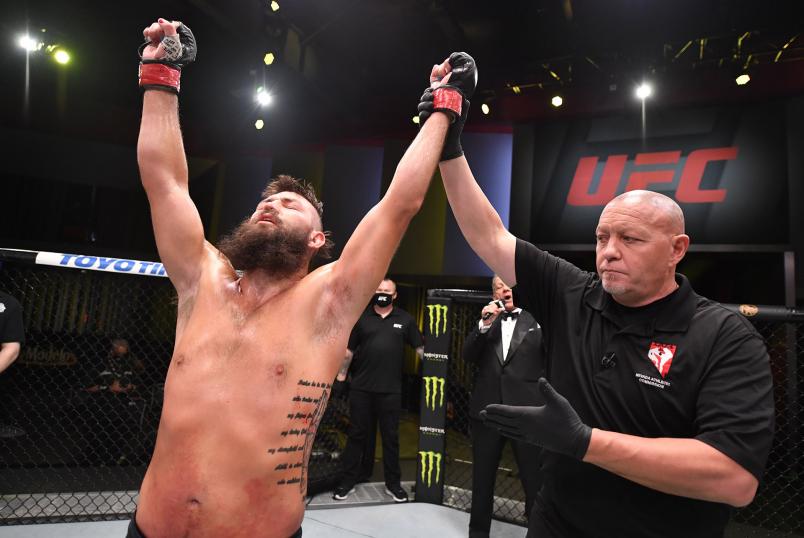 Bryan Barberena reacts after his victory over Anthony Ivy in a welterweight fight during the UFC Fight Night event at UFC APEX on September 12, 2020 in Las Vegas, Nevada. (Photo by Jeff Bottari/Zuffa LLC)

“It pretty much changed a lot of things and gave me a different outlook on life. I try to live in every single moment, really enjoy the time off with my family, but I'm really happy to be back,” Barberena said in his fight week interview with UFC.com. “There was a chance there that I wasn’t going to be able to be back, wasn’t going to be able to fight anymore. But after trials and tests, we’re back again, and I’m excited to put on a show.”

Barberena is no stranger to adversity, as the welterweight has faced two losses and two surgeries in the past two years, but still found a way to pull himself out of the trenches and back into the Octagon. With the extra challenges life has thrown his way, it’s hard for him to not simply be grateful for the opportunity.

“I don’t really take those two losses as big losses. They were against top people, both guys doing big things now – (Vicente) Luque especially. It was a fun fight, so I really enjoyed that. The fight after that (against Randy Brown), I was coming back from back surgery, so that was more of wanting to get the win for myself for that. Going in there and being able to come back from that was big. This time, it’s going to be even bigger coming back from this one."

Another return to the Octagon has “Bam Bam” matched against Jason Witt, who will be looking to even out his early UFC record with a second win inside the Octagon after being knocked out by Matthew Semelsberger in 16 seconds in March.

“He’s a well-rounded guy, he’s tough, he’s from a great team, but I think he’ll be coming out to prove himself, especially coming against me,” Barberena said. “I think I’m a bigger name in the division, and this is a great opportunity for him to put a stamp on a comeback, but I’m not going to let that happen.”

Seven years and 11 fights into his UFC career, Barberena has amassed four finishes across his six wins inside the Octagon, boasts ten career knockouts in his 15 professional wins, and in this eagerly anticipated matchup, we can expect fireworks when these 170-pounders collide to open up the main card at UFC Fight Night: Hall vs Strickland. 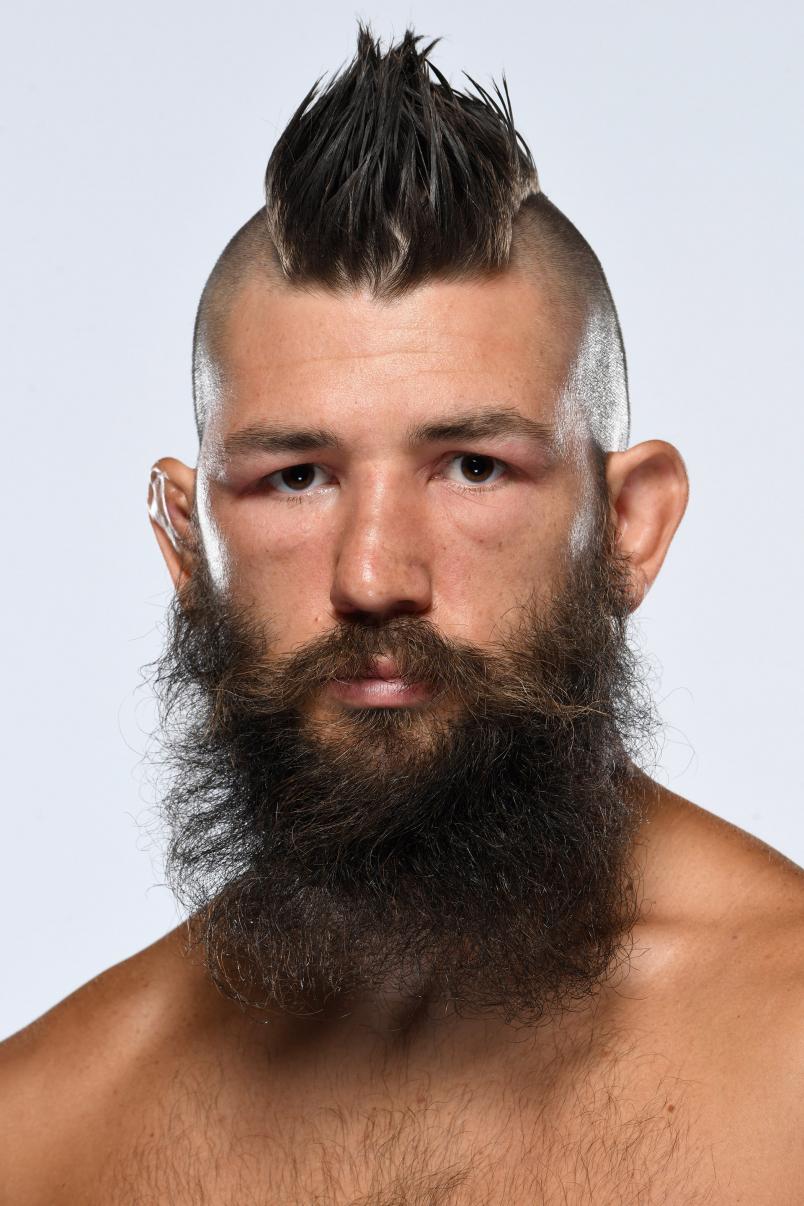 Bryan Barberena poses for a portrait during a UFC photo session on September 10, 2020 in Las Vegas, Nevada. (Photo by Mike Roach/Zuffa LLC)

“Obviously, I’m going to want to do one thing, he’s gonna want to do another. I think he’s going to be surprised because I’m a lot better everywhere than he thinks I am,” Barberena said. “So if he wants it, he better come get it.”

State of the Division: Lightweight

As the father of three thinks back on the progression of his professional career, which started nearly 12 years ago, he can’t help but smile, because while some things have changed, the important aspects of his game have stayed the same.

“I’ve come a long way. I’m still a scrapper, like to get in there and throw hands and get wild, but I’m definitely more controlled with my technique. I can mix it up if I need to. I’m way more well-rounded, and always dangerous.”