Brunson Shuts Larkin Down and Out at UFC 177 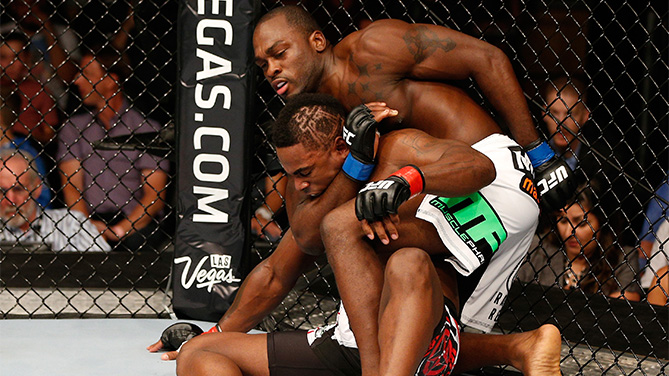 It was a shutout win for middleweight prospect Derek Brunson in UFC 177 preliminary action at Sleep Train Arena in Sacramento Saturday, as he used his wrestling to dominate his three-round middleweight bout against Lorenz Larkin and take home a unanimous decision.
All three judges saw it 30-27.
Larkin’s striking served him well in the opening stages of the fight, but Brunson closed the distance and locked him up against the fence. After a bit of a stalemate, Brunson almost finished his foe with a guillotine choke, and while Larkin escaped, he did get put on the mat, which played right into Brunson’s hands, as the North Carolina native controlled matters until the horn.
After eating a flush kick to the body early in round two, Brunson got the fight to the mat in the second minute, and he kept it there until a little over a minute remained. Once standing, Larkin went on the offensive aggressively in an attempt to even matters up on the scorecard. Brunson was cool under pressure though, and he took Larkin down once more before the end of the round.
In the third, Brunson stayed with what was working, and while his wrestling-based attack didn’t win him any fans in the crowd, he completely nullified Larkin’s attack for the final five minutes and sent him to his third straight defeat.
With the win, Brunson improves to 12-3; Larkin falls to 14-4 with 1 NC. 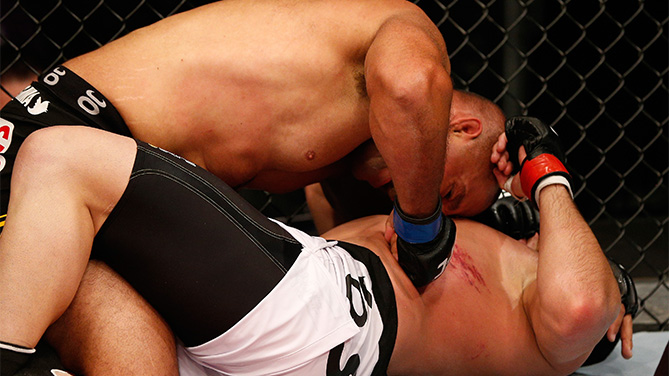 HAMILTON vs. POTTS
Heavyweight Anthony Hamilton picked up his first UFC win in his second try, dominating Ruan Potts before the fight was stopped due to strikes in round two.
Hamilton opened the bout with a nice takedown, but Potts (8-3) made it back to his feet quickly. The bout strayed back to the mat, but Hamilton rose and let the South African up as well. After some solid strikes by the “Freight Train,” Hamilton again took his opponent down and let him up twice, dominating the action yet not stepping on the gas enough in order to finish.
Hamilton (13-3) continued to control the action in the second, this time opting to target Potts’ side with thudding punches that bruised him up and eventually brought in referee Steven Davis to stop the fight at 4:17 of the round. 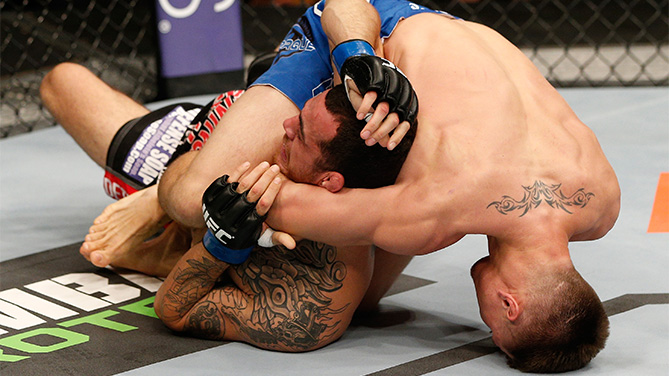 WADE vs. CARRIZOSA
Long Island has another winner in the UFC, as Islip lightweight Chris Wade opened up his UFC career with a first-round submission victory over fellow newcomer Cain Carrizosa.
An aggressive start by Carrizosa was met by a beautiful throw by Wade, who was able to implement his ground attack immediately. Within seconds, the New Yorker locked in a tight guillotine choke, and it was lights out, with referee Jason Herzog calling a halt to the action at the 1:12 mark.
With the win, Wade improves to 8-1; Carrizosa falls to 6-1.