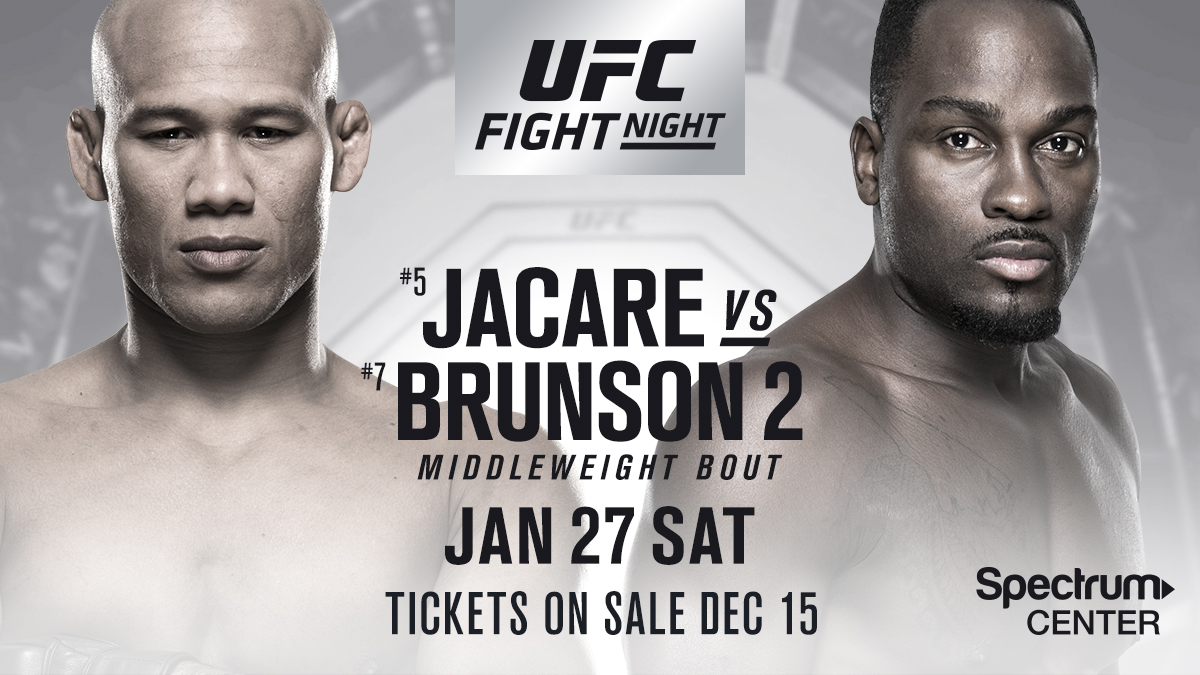 More than five years after their first bout, surging middleweight contender Derek Brunson will get a chance to even the score with fellow 185-pound standout Ronaldo "Jacare" Souza, as they meet in the main event of UFC on FOX in Charlotte, North Carolina on Jan. 27.

Tickets for Jacare-Brunson 2, which takes place at Spectrum Center, go on sale on Dec. 15.

A native of Wilmington, the No. 7-ranked Brunson will fight in his home state for the first time since 2010, and after back-to-back knockouts of Dan Kelly and Lyoto Machida, he is showing the best form of his career heading into his rematch with Souza, who stopped him in a 2012 Strikeforce bout. Currently ranked fifth in the middleweight division, Brazil's Souza has earned Performance of the Night bonuses in his last two wins against Vitor Belfort and Tim Boetsch, and though he fell short of victory in his last bout against Robert Whittaker in April, he's amped up to put an end to Brunson's winning streak this January.