Check out what @DerekBrunson had to say about his #UFC230 opponent Israel Adesanya pic.twitter.com/zQ9hqamo2y
— UFC News (@UFCNews) November 1, 2018

Derek Brunson sat down with UFC.com to discuss his upcoming matchup with Israel Adesanya, fighting at Madison Square Garden and much more.
UFC: What’s it going to be like for you to fight in Madison Square Garden on such a big stage?
Brunson: The Garden is a historic place and to have the opportunity to fight there would be great and mark one off for me.
What is it about your fighting style that is so destructive in the opening round?
Brunson: I go out there and put it on guys. I’m not one of those guys to go out there and wait around or hang on for a decision. I just like to go in there and get it done.
What’s your favorite part about fighting?
The competition. I enjoyed wrestling in college and high school so this is an extension of that. 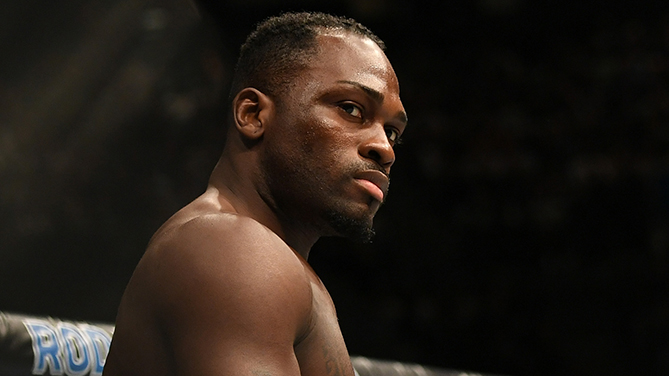 What are the origins of the bad blood between you and Israel Adesanya?
Brunson: Israel doesn’t lack for confidence so it’s been going on for a while. When someone asked him about me (a while ago) he kind of smirked and laughed. He’s just been talking trash on the low so we had an opportunity to line it up. I said ‘hey, give me that guy’.
What’s the mentality like for you to want to fight the guy that everyone is talking about right now?
Brunson: just another fight for me. I’m ranked higher than him so he’s gotta come for me spot. He hasn’t fought the top of the division or a guy like me who’s going to push him and test him in a lot of areas so I definitely feel like this is a great fight for me.
You’ve fought some of the top guys in the division, what have you have taken away from those fights?
Brunson: Just being more patient and being a part of the process. You can’t steamroll everyone so you have to take your time, be methodical and set it up a little better. Just being in those fights have helped me prepare for future fights.
If you could call your shot, how is it going to go on Saturday?
Brunson: I see myself getting a finish, whether it’s quick or in the second or third round, I see myself finishing the kid and breaking his will to fight.
What impresses you about Adesanya’s style?
Brunson: I’m not impressed by his style. It’s kind of a little same of the guys who are long and tall for the division and try to play their length. I’ve seen that in his game. His weakness is his grappling and whenever he starts grappling he’s looking for a way out and not trying to scramble.