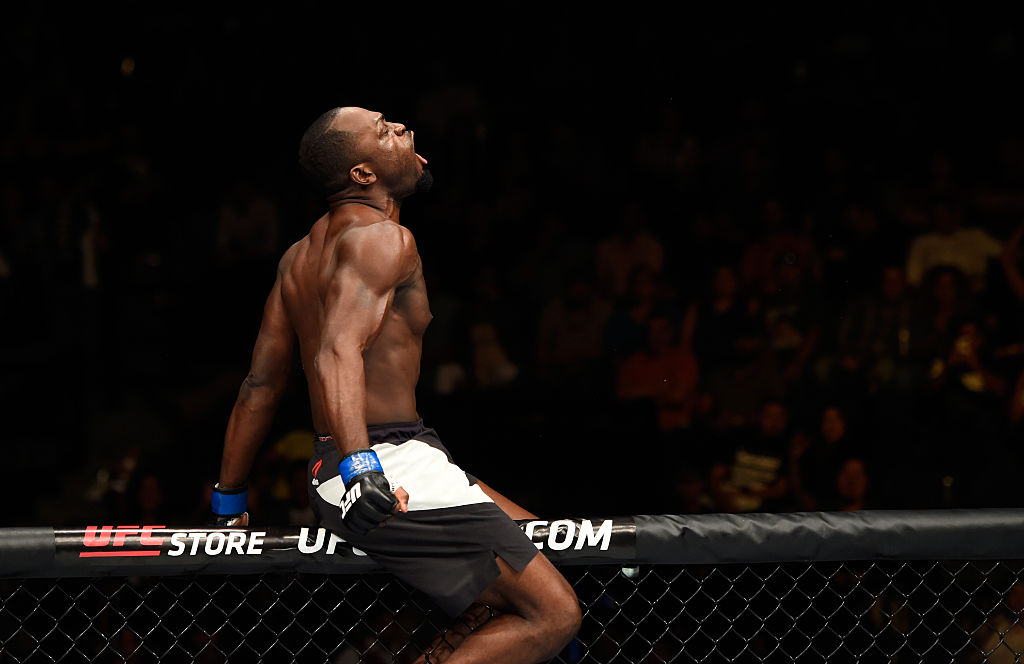 Hall went right after Brunson at the start of the fight, but he was quickly tied up. After a spell against the fence, the two broke and Brunson dropped Hall with a flush left hook. Brunson moved in for the finish, and even though he appeared to miss the follow-up shots, referee Herb Dean halted the bout at the 1:41 mark. 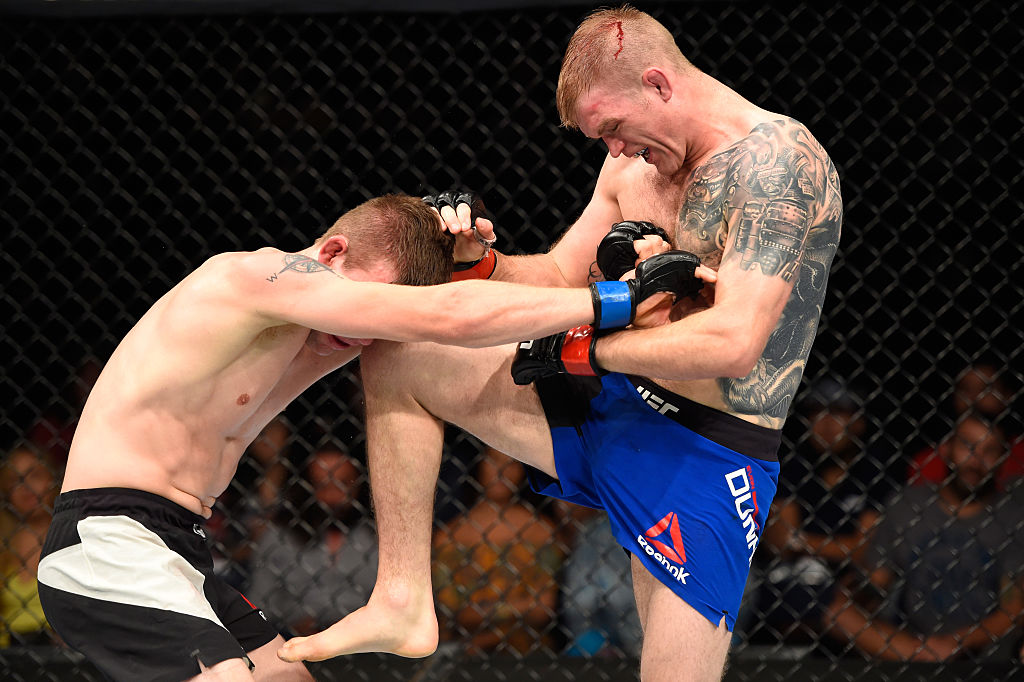 Dunham was sharp with his striking combinations to kick off the bout, and he followed up with a takedown. Dunham stayed busy from the top position, keeping Glenn on the defensive. With under two minutes left, Dunham took Glenn’s back and nearly sunk in a rear naked choke, but the newcomer fought free.

Remaining a step ahead in round two, Dunham locked up another stanza, but not without getting a gutsy challenge from late-notice replacement Glenn. The bigger Dunham was just too much for him, and in the third, the Las Vegan turned it up with a barrage of strikes in the final minute being the highlight. 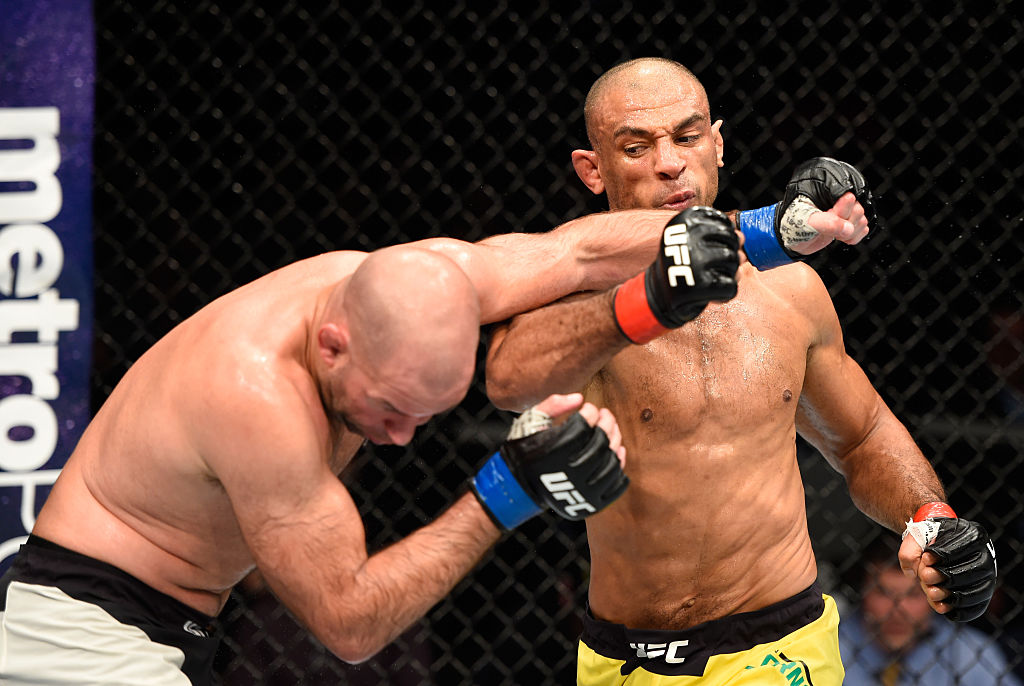 Brazil’s Roan Carneiro had a successful return to the welterweight division, winning a three round split decision over Kenny Robertson.

Carneiro (21-10) dragged the fight to the mat in the opening minute, but Robertson (15-5) refused to stay down for long, and the rest of the round took place on the feet, with Robertson chasing Carneiro and the Brazilian content to pick his shots from long range.

With a hard right hand and a slick takedown, Carneiro got the second off to a good start. But a sweep by Robertson put the Illinois native on top in the second minute. Carneiro answered with a sweep of his own in the final minute, but even with the mount position, “Jucao” wasn’t able to do much.

With the fight possibly up for grabs, neither fighter took too many risks in the third round, and the crowd got restless, guaranteeing that the fight was going to the scorecards, where Carneiro picked up the win via scores of 30-27, 29-28 and 28-29. 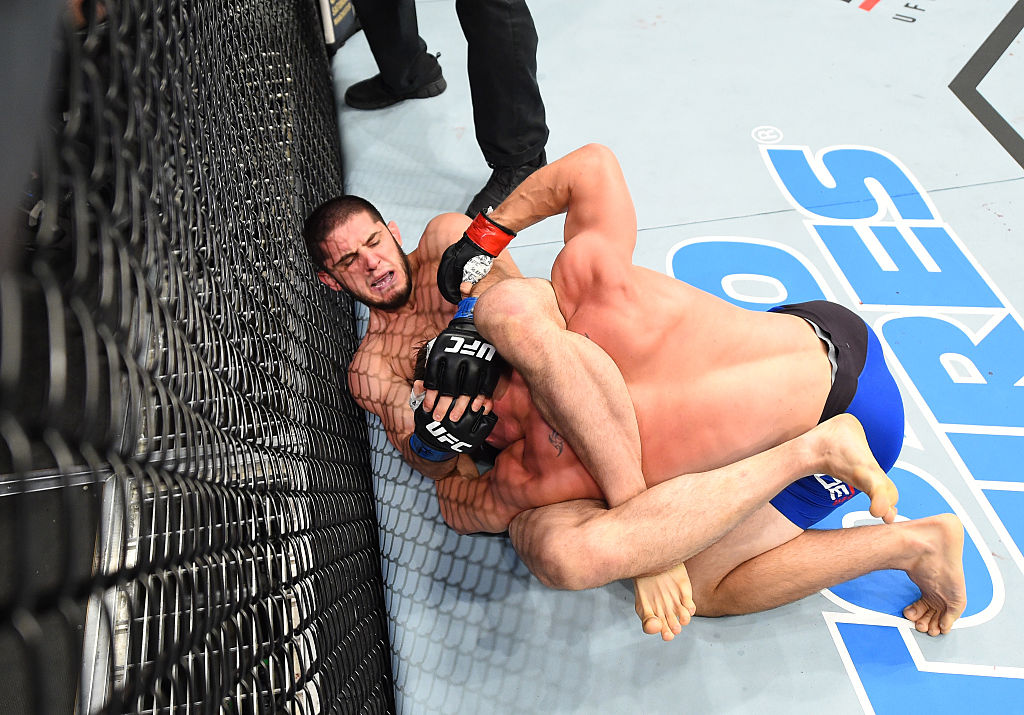 Not surprisingly, the two grapplers hit the mat early, and it was Makhachev holding the advantage early with a triangle choke attempt. But Wade stayed patient as he fought his way loose and took control from the top position until the horn.

Early in the second, Makhachev shot in for a takedown and this time he was on the receiving end on a submission attempt as Wade locked in a tight guillotine choke. Makhachev muscled his way free, and the two proceeded to trade reversals before Makhachev settled into a position of control for the rest of the round.

The excellent grappling battle continued into round three, but eventually, Makhachev took over and dominated in the closing stages of the bout, securing the victory on the scorecards. 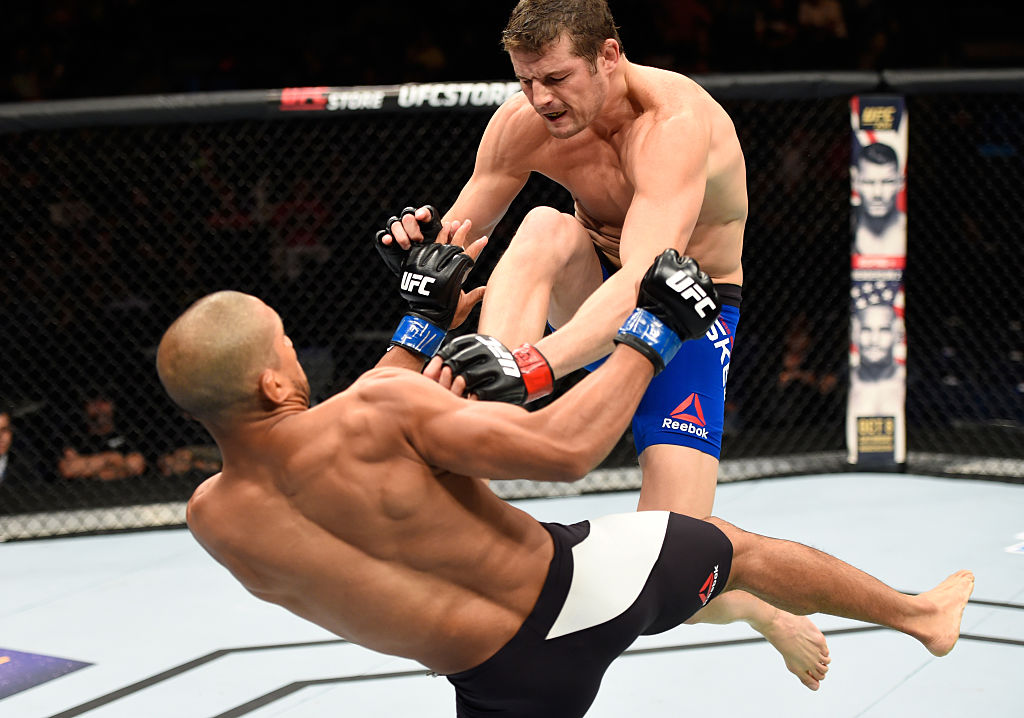 Both fighters raced to the center of the Octagon to begin the bout, and it was Skelly scoring with a jumping kick to the chest. The bout immediately went to the mat, and Skelly locked in a D’Arce choke that put Blanco to sleep.