Bruno Silva's Life Has Led Him To The Octagon

Riding The Momentum Off A Bonus-Worthy TKO Victory, Bruno Silva Is Looking To Capitalize On A Fresh Start At UFC Fight Night: Font vs Garbrandt
By by McKenzie Pavacich, on Twitter @mpavacich_ • May. 21, 2021

For Bruno Silva, a sweepstakes selling supplements in Piracicaba, Brazil literally changed the trajectory of his life.

It sounds dramatic, because it is. Silva’s story is filled with unfathomable obstacles and various bouts with adversity during his journey from a São Paulo favela to the UFC Octagon.

In 2012, Silva caught word of a sweepstakes that was awarding winners with a trip to Rio de Janeiro to tour the Black House gym and the city as a whole.

Be Sure To Watch Saturday On ESPN+

More than just an opportunity for a free trip 350 miles east, this was a chance for Silva to get noticed by the renowned Team Nogueira — one of the most elite training camps in the fight game at the time, with names like Anderson Silva, Lyoto Machida, Ronaldo “Jacaré” Souza and José Aldo stacking the roster. 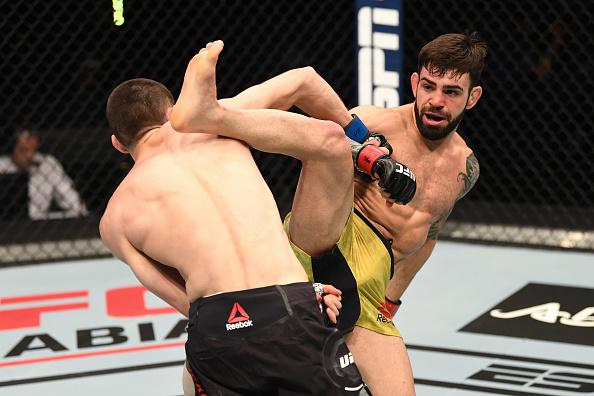 The plan was simple: Silva emptied his pockets to buy out all the supplements to ensure he’d earn a ticket to Rio de Janeiro. Once there, he wouldn’t leave until he caught the eye of Antônio Rodrigo “Minotauro” Nogueira.

It didn’t take too much time for Silva to get noticed, rocking a blonde mohawk, doing backflips and breakdancing in the gym. When Minotauro finally looked up from the stationary bike he was riding and noticed Silva’s antics, he asked what was going on.

“My name is Bruno “Bulldog” Silva from Piracicaba! I’m a professional fighter with seven wins. I will be the best in the world, and I want to train here!”

MORE UFC FIGHT NIGHT: The Rise of Rob Font | Cody Garbrandt: Fighter Timeline | Edmen Shahbazyan Intent On Showing His Evolution | Yan Xiaonan Knocking On The Door | Jack Hermansson Aiming To Get Back To The Top

Maybe it was something Nogueira saw in Silva’s eyes, maybe he was taken aback a bit by the confidence “Bulldog” exuded, but somehow, it worked. Nogueira invited Bruno to join them for a training session that Monday, as a test to see how he’d fit in with the rest of the fighters.

Abandoning the sweepstakes trip he had earned halfway through his stay, Silva stayed with a complete stranger in Rio de Janeiro — the owner of a restaurant he had chosen to eat lunch at — for two days before returning to the gym. 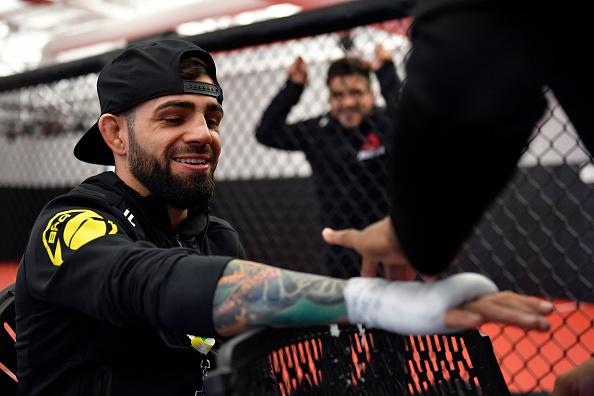 Bruno Silva of Brazil has his hands wrapped prior to his fight during the UFC Fight Night event at UFC APEX on March 20, 2021 in Las Vegas, Nevada. (Photo by Chris Unger/Zuffa LLC via Getty Images)

From there, we usually say the rest is history, but in Silva’s case, it’s far from that. To condense nearly a decade of his professional career into a few paragraphs, the 31-year-old was invited to stay and train at Black House. He lived above the gym for a few months before finding a place to stay in his new home of Rio.

He was able to represent Team Nogueira on the fourth season of The Ultimate Fighter Brazil, competing in the bantamweight division, despite being a flyweight. Shortly after the conclusion of the show, Silva told his wrestling coach that he was ready to take the next step and commit to his training further, specifically in wrestling.

Little did he know, that next step would lead him to Henry Cejudo’s doorstep.

“I sold all of my things to buy a plane ticket to Arizona in 2015. I didn’t know where I was going and had to fill out a form before I could get on the plane,” Silva explained. “I called [my coach] and said, ‘Hey, I need an address and a name.’”

“I got the message and I looked up the person I was staying with and I thought, ‘An Olympic gold medal? In wrestling?’” 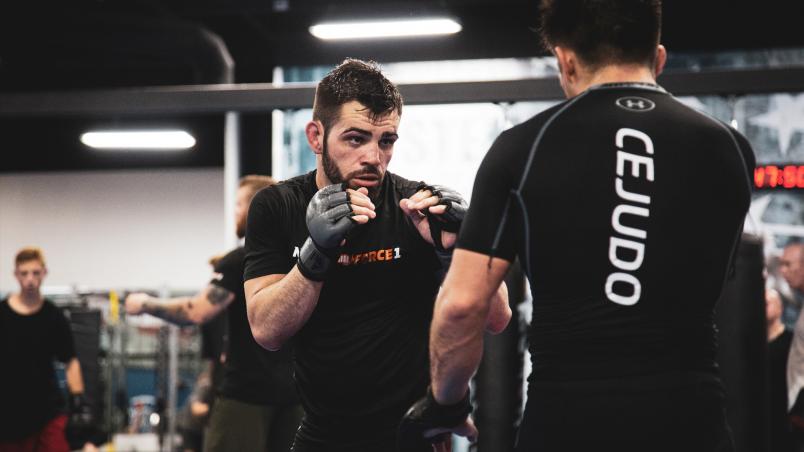 Over the course of four years, Silva served as the primary training partner for “The Messenger," lapping up as much experience in wrestling as he could, while standing in Cejudo’s corner as he defeated Demetrious Johnson and ascended to both the UFC flyweight and bantamweight thrones.

Fast forward to 2019 to the moment Silva’s life work finally came to fruition— when Cejudo presented him with the ultimate gift of gratitude: a UFC contract of his own.

“The biggest lesson is to always believe in yourself,” Silva said, recounting the night he learned he was being signed to the biggest stage in mixed martial arts. “It doesn’t matter what happens, keep believing in yourself, keep your faith, because your life can change in one second.”

Now entering the Octagon for his fifth UFC fight coming off a Performance of the Night victory over JP Buys, the Brazilian is looking forward to what he calls a “fresh start” in his renewed contract.

“It was very important,” Silva said of his statement TKO victory over Buys in March. “Now I have a new chapter of my life, I can restart again. Coming from no car to a bonus, a new contract and everything, I’ve been really happy.”

Going 1-2 with a no contest was not the way Silva envisioned the start to his UFC career, but the things he’s already overcome in life, combined with his positive mindset, has made navigating self-doubt a little bit easier.

“You have to be prepared mentally, always. I’ve always thought, ‘I’m there, man.’ When you lose, you start to question yourself, like ‘I don’t know if I’m that good, I don’t know if I can beat these guys,’ but if you keep your mind straight, be positive, believe in yourself, you can do whatever you want. You can be successful and win your fights.”

The next test that lies ahead is Victor Rodriguez, who will make the walk to the Octagon for just the second time. A knockout artist coming off a knockout loss of his own to Adrian Yanez, Silva knows he needs to be careful of the power of Rodriguez.

“He’s a good fighter. He throws hard, comes swinging. But I feel that I’m one level up from him,” the Brazilian jiu-jitsu black belt said. “I want to strike with him and knock him out, and get another bonus. That’s the plan, but I can do everything. If I feel it in the moment, I can take him down, work my wrestling and jiu-jitsu. I will feel the fight.”

With nearly double the amount of professional fights as Rodriguez and more time spent in the UFC, Silva believes his experience gives him a slight upper hand in this matchup.

"When I see [Charles Oliveira] I see myself in there."@BrunoBulldogUFC is inspired by new @UFC lightweight champion Charles Oliveira, who grew up in the same fevelas in Brazil that Silva did 🔊⬆️ #UFCVegas27 pic.twitter.com/axmbTnxVy1

Armed with his positive mindset, fresh start, and confidence in the cage, Silva is also fueled by the inspiration he felt by the recent UFC lightweight crown being claimed by Charles Oliveira.

For Silva, it’s about more than just the glory of victory. He hopes to inspire others the same way Oliveira has inspired him.

“Seeing [him win] makes me so motivated. I will do that,” Silva said. “I will do the same thing, and then other people will feel how I’m feeling now. He deserves it so much, and one day, people are going to think the same thing about me.”