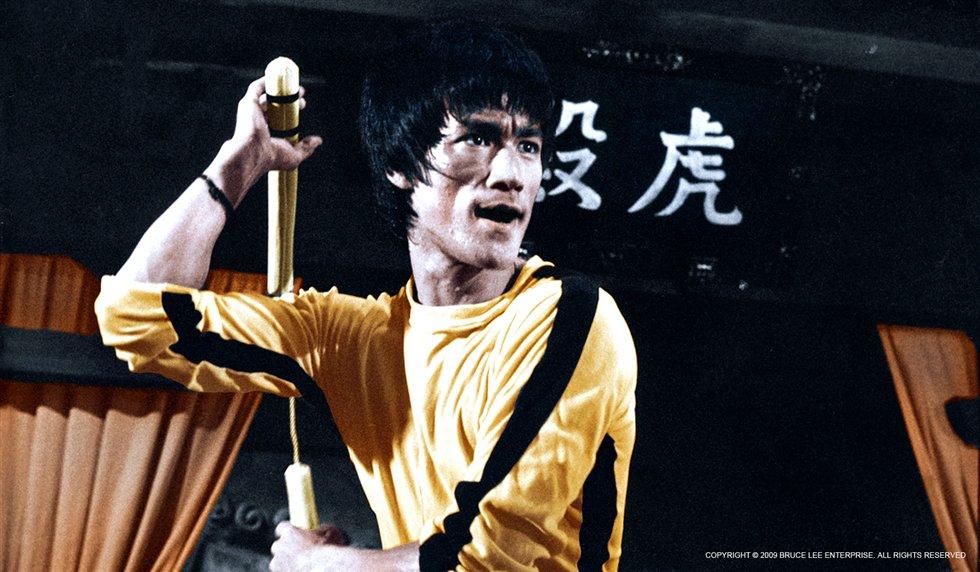 Despite the countless number of people around the world that idolize Bruce Lee, it goes without saying that his biggest fan is still his daughter, Shannon. You could hear it in her voice the second she begins talking about the legendary martial artist and film star.

As CEO of Bruce Lee Enterprises, Shannon Lee has also been tasked with protecting the legacy of her father, who passed away in July of 1973. His death at the age of 32 was undoubtedly tragic, but to see the influence he had in such a brief time is nothing short of amazing. It’s something Shannon gets across through the Brucelee.com and Bruceleefoundation.org websites, as well as various projects that keep his name alive. It’s all part of her mission to reintroduce the world to her father and his work.
GET TICKETS TO FIGHT NIGHT SHANGHAI HERE WHEN AVAILABLE

Of course, when it comes to Bruce Lee and his influence, you’re preaching to the choir if you ask most people, and this impact will certainly be felt when the UFC debuts in Shanghai on Nov. 25, a place where he is as popular today, if not more so, than he was when he was alive.

A true renaissance man, Lee may have reached a mainstream fanbase due to his films and iconic presence, but he also made his mark as a trailblazer for Asian actors and directors, as well as a philosopher and a martial artist. And as Shannon Lee pointed out, the first impression of her father is what usually captivates people, but if you look deeper, you’ll find an extremely complex man.

“I think the thing that always grabs people initially is the visual image of him,” she said. “You see the movies, you see some clips, you see pictures, and he’s just amazing – the way he moves, his physicality, his body, everything. But he also did so much in such a short amount of time and he broke down so many barriers. He’s credited with essentially introducing martial arts action movies to the western world, (UFC President) Dana (White) considers him the father of mixed martial arts, and he was the first one to break out of the mold and to get Asians and Asian culture to be prevalent on screen and in general.”

Most fighters certainly agree with White’s assertion that Lee was the “Father of Mixed Martial Arts,” saying that Lee’s influence has been felt by all fighters in the game today.

“There are people who say, ‘He’s influenced me so much in my fighting and my training,’ and there are also people who just acknowledge his contribution,” Shannon said. “Whether they’re directly influenced on a daily level by his legacy, his philosophies, or his martial arts, they still understand his contribution. There’s an appreciation for the level of skill that he had and the level of training and commitment he had.”

One in particular was former UFC welterweight champion Matt Serra, who was singing the praises of his first martial arts influence even before his Octagon debut in 2001.

“I used to watch those movies with my father,” Serra told me before fighting Shonie Carter at UFC 31. “‘Game of Death’ and ‘Enter the Dragon’ are classics. I just enjoyed the fighting. It just stayed with me.”

And like the continually evolving sport of mixed martial arts, a key element of Lee’s Jeet Kune Do is the idea of keeping it as a never ending process. To him, styles separate and limit people, and as MMA history has shown, fighters who specialize in one style exclusively are quickly shown the door when facing hybrid athletes who have learned at least the basics in all phases of mixed martial arts (boxing, kickboxing, wrestling, jiu-jitsu).

It would be interesting to see what Lee would have thought of mixed martial arts had he lived to see its birth in 1993. Most likely, he would have loved it, seeing how athletes studied various styles of fighting and then developed their own unique fighting style, just as he took his base of Wing Chun and analyzed several different styles before coming up with JKD. And if MMA was around while he was alive, you can bet he would have taken a shot at it.

And a true legend.

So from fighters to fans to everyone in between, there is no doubting the impact Bruce Lee has had on the world. And thanks to Shannon Lee, a new generation will continue to learn more about the man she calls Dad.

“Let’s face it, he was cool,” she smiles. “He had style, he would talk really cool, and he was this quintessential 70’s guy. But if you want to go a little deeper, you see the philosophies he had, all the amazing things he said, and there are so many layers to him. He was so far ahead of his time, so you can look at him with today’s eyes and he’s still relevant.”