Bruce Buffer: The Diet Behind The Voice

Read on for the latest installment in UFC.com's weekly series of articles on proper nutrition from the biggest names in the UFC...this week, The Voice of The Octagon, Bruce Buffer 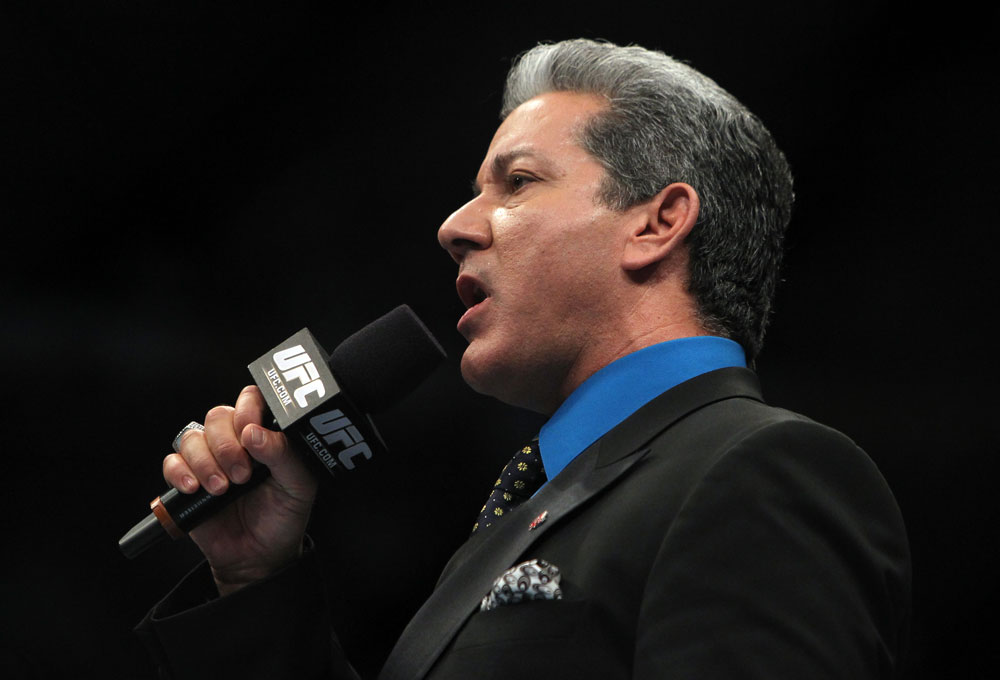 You know him as The Voice of the Octagon. The impeccably groomed showman with the volcanic vocal chords who revs up the crowd – and UFC fighters – right before the fists start flying. But what you may not know is that Mr. Bruce Buffer – one half of the First Family of Fight Announcing (along with brother, Michael) – is a lifelong martial artist and professional poker standout who is meticulous in his eating habits. 54 years young, Buffer shares his philosophy on eating well and what he does in the hours leading up to a UFC event to ensure optimal performance and mega-watts on the mic.

Curreri: So, do you believe diet plays a role in you being on top of your announcing game in the Octagon?
Buffer: Yeah, I believe that on a daily basis so I practice that every day. I treat my body like a machine. Just like a fine car, we have to put oil in that car or else it breaks down. The same principle applies to the human body. I look at my body as a machine. Not just a temple – but a machine. So I don’t lag when it comes to my body. I’ve got to be prepared for anything, inside of the Octagon or in my personal life.

Curreri: Tell fans about how you prepare your voice for optimum performance in the hours before a UFC show?
Buffer: I enjoy a good steam at the spa at the hotel because steam is great for the vocal chords. I keep honey at the show, which lubricates my vocal chords. Or Hall’s Mentho-lyptus (lozenges) in case I get a sore throat. I’ve done shows with a 104 temperature, I’ve done shows with just getting off laryngitis, I’ve done shows with severe colds. The bottom line is, I always tell myself ‘I’m not fighting … I can get through this. The show must go on.’ So I can always deliver, no matter how I might feel during the show. My adrenaline kicks in and I can always do a show.

Also, I don’t go out and go screaming and clubbing the night before a show. I want to be fresh before the show. I’m always ready for a show. If I got a (surprise) call from Dana White tonight and he said, ‘Be ready for a show tonight,’ I would be ready. To me, the whole thing behind the phrase, ‘It’s Time!’ … I want to be ready to move and ready to roll every day of my life. That’s just the way I live my life.

Curreri: Talk about your evolution as a martial artist.
Buffer: My dad started teaching me boxing when I was five years old. I started martial arts when I was 12 – I started in judo. Then I earned a black belt in Tang Soo Do. I was always interested in Bruce Lee’s Jeet Kune Do theory, which we all know today to be mixed martial arts. Then I got into kickboxing and Muay Thai. So I’ve been doing Muay Thai my whole life. I never lifted weights until I was about 27 years old. My main source of exercise until then had been a couple of hundred push-ups per day. The only weights I did were arm curls.

Curreri: A day in the dietary life of Bruce Buffer …
Buffer: When I’m home, because I travel a lot on weekends for shows, I will wake about 8:30 (a.m.) and the first thing I will do is have a vegetarian egg white omelet, oatmeal, a cup of coffee and that pretty much gets me going for the day. Breakfast is the most important meal of the day. One of the biggest problems people have is they don’t eat breakfast, and that’s why those crashes happen in the afternoon. So they rely on energy drinks to get them through the rest of the day. The only time I ever drink an energy drink is when I’m at a long poker tournament, when I need a pick-me-up. Otherwise I stay away from energy drinks.

Curreri: How many meals do you eat per day?
Buffer: I try to eat every three or four hours, so about five meals a day. They are not all big meals; portion control is key. In America we are big overeaters and there is a lot of waste in this country. So after I eat breakfast I will work out for two hours. My workouts consist of circuit training, cardio workouts and about a half hour of stretching.

When I get back I usually make a nice shake. I make my shakes with protein powder, water, I put a lot of blueberries, which are great for the protein. I also put in vegetables and something for digestion. I have little bars that I buy that are low in sugar, have the perfect amount of protein and a low amount of carbohydrates. Because all of my carbohydrates I consume before 6 o’clock (p.m.).

Curreri: What is your theory on no carbs after 6 p.m.?
Buffer: I eat them early because they help me get a good burst in the morning and I know I’m going to 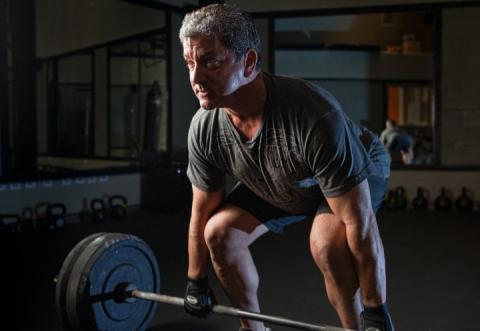 be burning them off. If you eat carbs past 6 or 7 (p.m.) and you are not exercising, then if you eat carbohydrates then your body naturally stores them as fat. So if you want to lose body fat, along with portion control you also need carbohydrate control, too. So most of my carbohydrates are breakfast and lunch.

Curreri: You’re on the road a lot and sometimes you can’t always eat to your own perfection or highest standards. What do you eat when you have to settle for less-than-ideal meals?
Buffer: Well, most every country has a wide variety of food. If it’s kind of hard to eat like I want to eat at hotels … When I travel I take a supply of (supplement) bars with me on the road as a meal replacement. So if I can’t find what I want to eat then I can basically live off those bars. I’ll take at least two bars with me (for every day on the road). So if I’m leaving for a four-day trip, like in Brazil or the U.K., I’ll bring at least 8 to bars with me.

If I have to order something from the hotel, the safest thing for me to order is the club sandwich. I like that they put eggs on them. But I change the bread to wheat bread and tell them that instead of three pieces to give me two pieces. And most places I go to I can always have a breakfast omelet. And breakfast is my favorite meal. I could literally eat breakfast every meal of the day.

Curreri: Does your eating ritual change on the day of a UFC event?
Buffer: Absolutely. Usually on the day of a UFC, I like to sleep in that day so I’ll have extra energy coming out. Sometimes I’ll fly in (to the host city) the morning of the event or the night before. I make sure that I have a good meal before I leave for the arena. Typically I might have chicken and vegetables, or a turkey sandwich and some fruit.

I might also eat from the media buffet right beforehand for extra carbohydrates. Because even though I am not fighting or running around like crazy, for a UFC I’m at the event for six to eight hours at a time and I like to have energy when I work. So I carb up before a show.

Curreri: Speaking of ‘your life,’ you are working on an autobiography. When will it be available?
Buffer: Yeah, Random House publishing is working on it right now. The working title, of course, is “It’s Time.” And I hope that’s the finished title. It is due to be released approximately April 2013.

Curreri: Give fans a perspective or benchmark of some of your physical feats, at 54, that might impress some folks.
Buffer: I can easily bang out 75 pushups, no problem. My cardio level is very high. It’s just that your body can’t take the punishment it used to take. Maybe after a long surf session I’m a little sorer than I used to be, but still, I can handle it. You know, I just had my ACL replaced and I stayed in shape the whole time. I’m nine months into (healing) and now I’m going to start getting in the water and start surfing the way I like to surf.

Curreri: Now, you didn’t tear your ACL doing the 360 in the Octagon, right?
Buffer: No. This will all be detailed in my book, by the way. I blew my ACL at UFC 129, but the full details will be in my book.

Curreri: What are the absolute DON’TS in the Bruce Buffer diet?
Buffer: A real standard rule is to avoid eating anything white: white bread, white pasta, white rice. Usually they are full of starch and carbohydrates that are not good for you. Another key thing is no late-night eating and no carbs after 7 (p.m.) if you can help. That’s because the carbs sit in your body and your body will naturally turn them into fat. Another thing is to eat every three to four hours so that you can speed up your metabolism. Eating big meals is not the way to sustain your body. You want to feed your body with sustained energy throughout the day.