Browne Working His Way Back Up 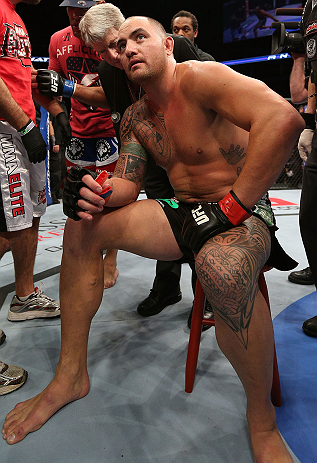 After months of intense training leading up to his fight against Antonio “Bigfoot” Silva in the UFC on FX 5 main event, heavyweight Travis “Hapa” Browne (15-1-1) tore his hamstring moments into the opening round.

When Browne hit the canvas after Silva connected on a vicious right, the
loss marked the first of Travis’ MMA career. “I’ve said it before: If I were healthy, I’d have beaten Silva,:" he said. "I’ve moved
on from the loss, though, and you can’t reverse history.”

The months after that fight were an emotional roller coaster for Browne. While he'd hoped his next step would be a title shot, he instead had to put his focus into a grueling rehab.

Rather than dwelling on his tough loss in Minnesota, Travis was ready to start his climb back to the top of the heavyweight division. “I had to prove that I was not only able to come back from my injury, but that I could still dominate in this division so I could eventually earn a shot at the heavyweight title.”

Six months after his injury, “Hapa” defeated Gabriel Gonzaga at the TUF 17 Finale via first round knockout by elbows. The performance earned Browne Knockout of the Night honors. 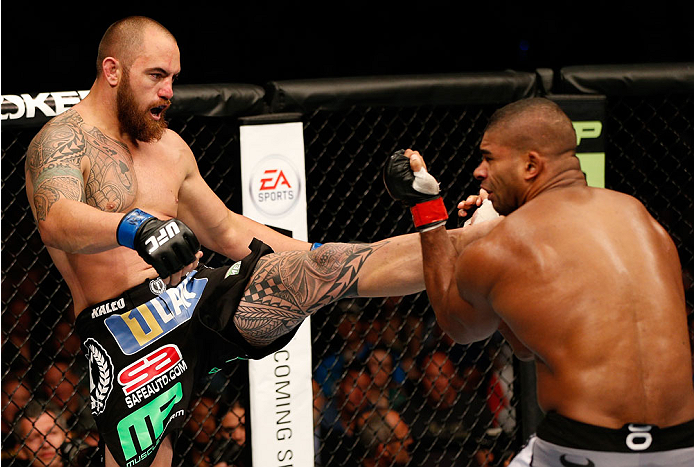 His next bout against former Strikeforce and kickboxing champion Alistair Overeem didn’t start off pretty. Browne had to survive Overeem’s initial flurry, but won via knockout due to a front kick and punches in the first round. Once again, Browne’s impressive victory earned him the Knockout of the Night bonus award -- the fourth post-fight bonus of his eight-fight Octagon career.

“The feeling after a win is unmatchable,” stated Browne. “The two wins after rehabbing from the torn hamstring were damn special though. Having continued support from my family and friends and even my sponsors, like SafeAuto Insurance, showed me that I have a lot of great people in my corner.” 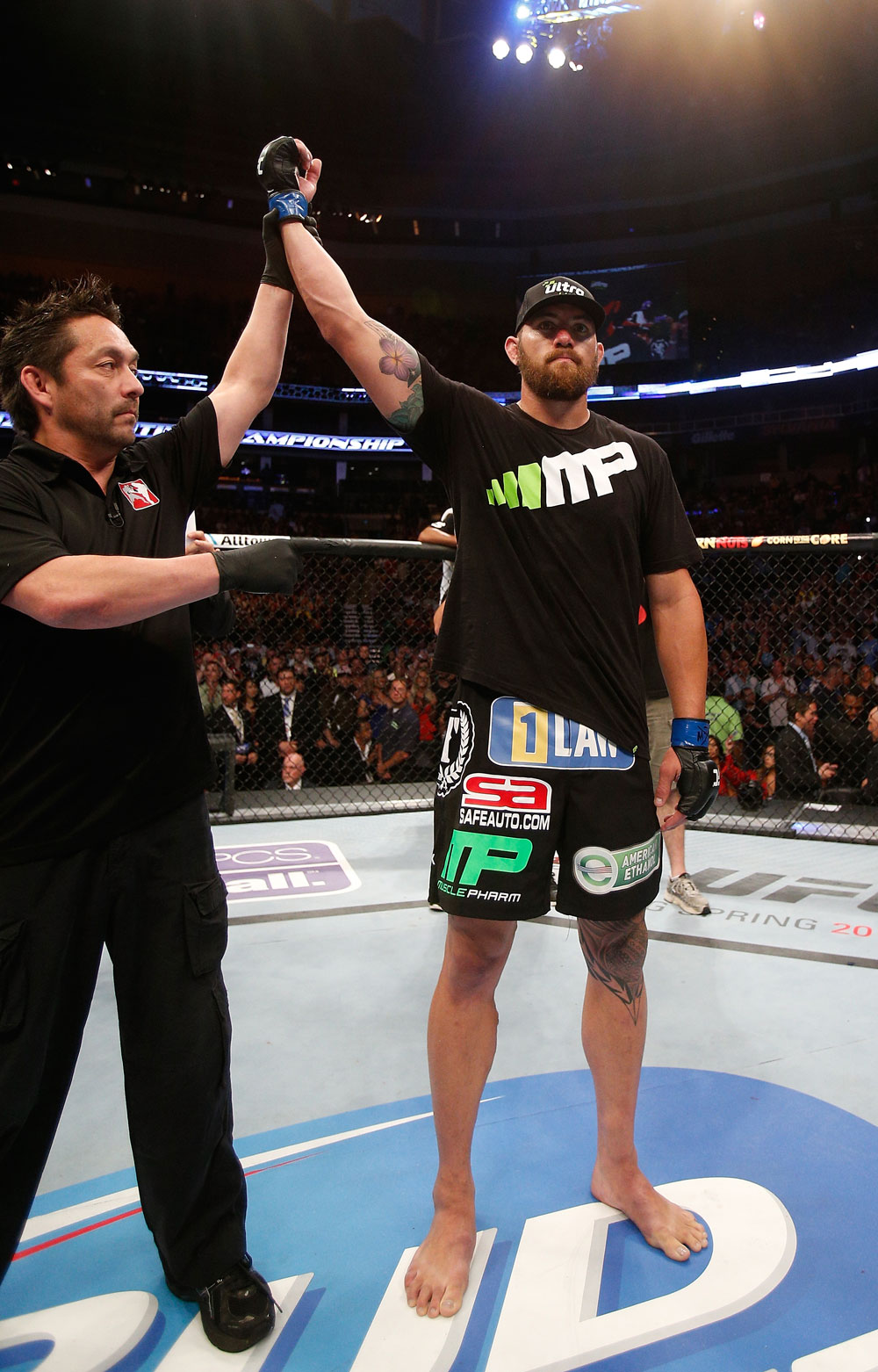 Next up for Browne: former heavyweight champion Josh Barnett at UFC 168 on December 28. The winner of this New Year's weekend bout could well find himself in line for a crack at the heavyweight title shot.

“I’m focused on this matchup against Barnett,” said Browne. “Right now, he is the opponent who is standing in my way. I’m confident with the training and game plan I have for this fight, I will be victorious once I execute.”

If Browne delivers against Barnett, he will continue his climb up the mountain of the heavyweight division. Win or lose, his incredible rebound from injury shows a focus and athleticism that's not to be ignored.