If Saturday’s bout with Diego Sanchez was Matt Brown’s last, “The Immortal” had the perfect ending, as he scored a spectacular first-round knockout of the former Ultimate Fighter winner in the UFC Fight Night co-main event at Ted Constant Convocation Center in Norfolk, Virginia.

But after such a victory, which snapped a three-fight losing streak, the 36-year-old Brown is going to think over a potential retirement before making a final decision.

“We’ll see what happens,” he said. “I’ll talk about it with my friends and family over the holidays. For now, I had to keep my focus on Diego. If you don’t put a hundred percent focus into him, he’s gonna whup your ass and I didn’t want that to happen to me tonight, so I gave it all I got.”

Sanchez raced across the Octagon at the start of the fight and looked for the single leg takedown, but Brown’s defense kept him upright and ultimately allowed him to escape. A second and third attempt ended up in the same fashion and allowed Brown to start getting his strikes off. With just over two minutes left, Sanchez nailed Brown with a kick to the body that jarred “The Immortal,” but the Ohio native recovered quickly, and as he caught a Sanchez kick, he drilled the Albuquerque native with a right elbow, ending the fight immediately. The official time of the knockout was 3:44 of round one. 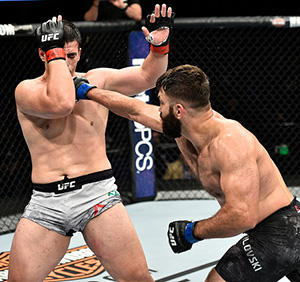 Each fighter appeared to be looking for the knockout in the first round, with each punch being thrown with bad intentions. And while neither got it, both Arlovski and Albini were able to land with some thunder in an entertaining opening frame.

The action slowed in the second as Albini tried to work in the clinch against the fence. But after escaping the second stay at close range, Arlovski closed strong with a series of hard shots that had him looking sharp and fresh as the round ended, and he carried that momentum into the final frame, as he mixed up his attack with kicks and punches to the head and body that kept him ahead of Albini and put him back in the win column for the first time since 2015. 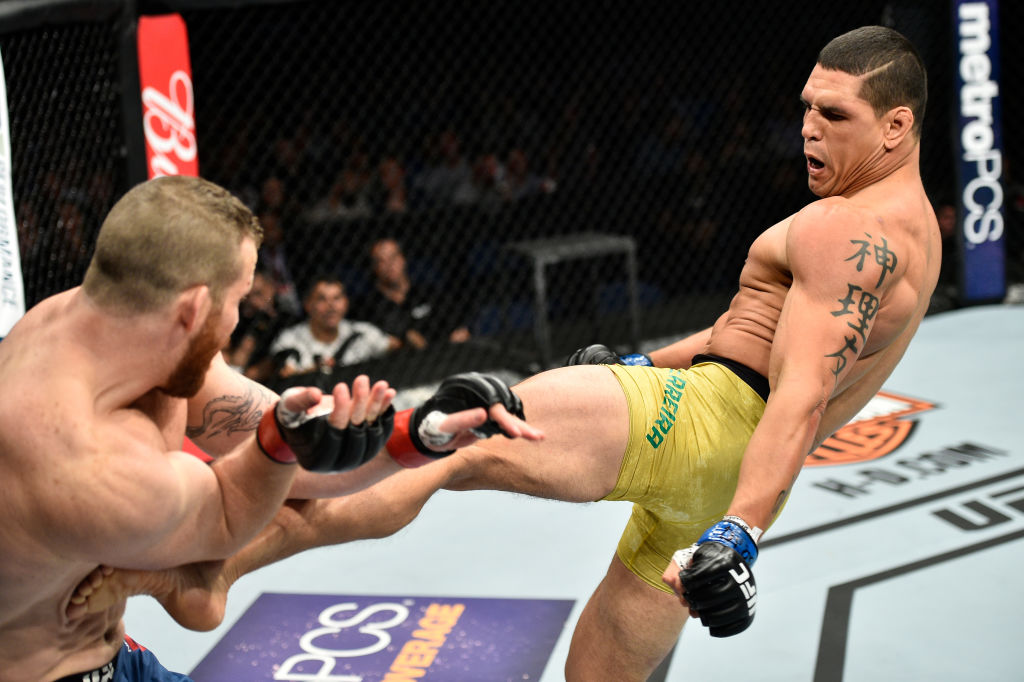 There were several hard shots thrown and landed in the first round, leaving both fighters bloodied and Ferreira with a bruise on his leg. But with a hard left that jarred Marquardt and a more active work rate, the Brazilian likely edged the round.

The second was fairly close, but at the end of the frame, Marquardt began landing right hands, and after a couple heated exchanges, he scored a flash knockdown of the Brazilian that made the fight quite interesting heading into the final round.

After a trade of power shots, Ferreira immediately shot for – and got – a takedown, pushing Marquardt to the fence. With a little over three minutes left, Marquardt scrambled to his feet, but Ferreira slammed him right back down, escaping a guillotine choke in the process. For much of the rest of the round, Ferreira stayed busy enough to avoid a referee restart, but it was Marquardt who got the last word with an elbow from the bottom that cut Ferreira just before the fight ended. 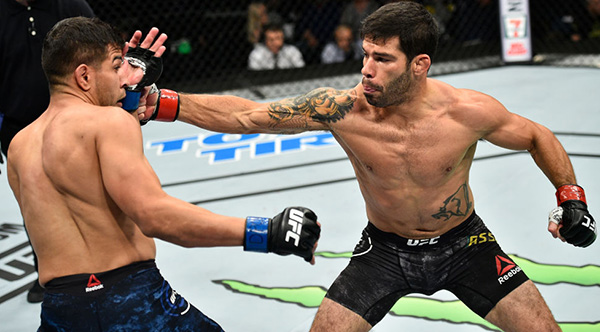 Perennial 135-pound contender Raphael Assuncao made a statement in his bout with Matthew Lopez, as he moved to 10-1 in the division with a third-round knockout victory.

Both bantamweights kept it standing for the majority of the first round, with only a brief takedown by Lopez breaking up the kickboxing action, which was edged by Assuncao.

Lopez shot for a takedown earlier in the second round, but Assuncao defended well in order to avoid the deck, and he began bruising up Lopez’ right leg pretty badly with thudding kicks in addition to doing solid work with his hands.

In the final round, Assuncao kept attacking the leg, and with Lopez now focusing on the kicks, he left himself open for the right hand upstairs that ended the fight, with referee Keith Peterson halting the bout at 1:50 of round three. 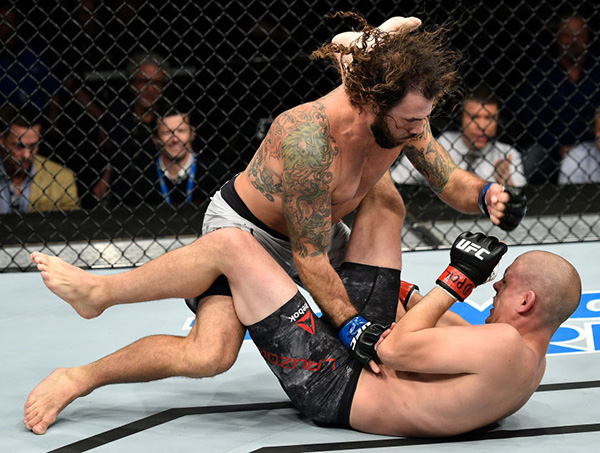 In the main card opener, Clay Guida continued his resurgence at 155 pounds, as he scored a stunning first-round stoppage of fellow veteran action hero Joe Lauzon.

The 35-year-old Guida came out fast and he soon rocked Lauzon with a left-right. A right uppercut floored the New Englander and Lauzon was obviously hurt. Guida pounced with a barrage of unanswered strikes, with referee Mike King stepping in to stop the fight at 1:07 of the opening frame.