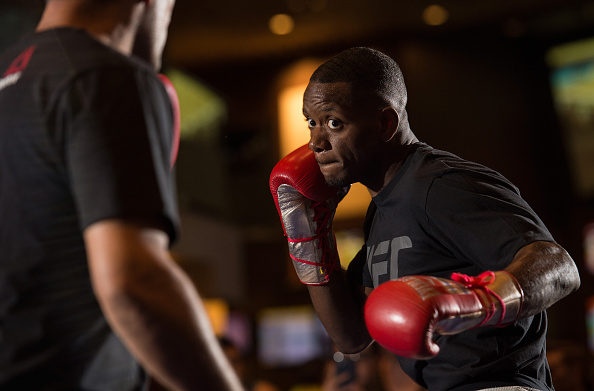 Will Brooks knows how to make an entrance. After building a resume as one of the best lightweights not under the UFC banner, he signed with the promotion in mid-June and instantly had a fight scheduled, as he will step in for the injured James Krause to face Ross Pearson on the TUF Finale card this Friday.

UFC International Fight Week. National television. The eyes of the mixed martial arts world on Las Vegas for the week. Sounds like a masterplan come to fruition.

“To be one hundred percent honest, I didn't even know there was so much going on that weekend,” Brooks laughs. “I can't BS anybody and say I planned for this. I had no idea.”
RELATED CONTENT: Will Brooks fighter bio | Matchup with Ross Pearson

That’s understandable. The Chicago native is a new dad, his signing with the UFC caused a positive stir throughout the MMA world that has kept him pretty busy, and now the 29-year-old will have to deal with Ross Pearson trying to punch him in the mouth. But he’s enjoying it all as he takes everything in. And he’s ready for whatever greets him as a UFC fighter.

A pro since 2011, Brooks has come a long way in a little over five years. Owner of a 17-1 record, “Ill Will” raced out to an 8-0 record before signing with the Bellator promotion, where he won nine of ten bouts, beating the likes of John Alessio, Michael Chandler (twice), Dave Jansen and Marcin Held. He also lost for the only time against Saad Awad in 2013 and avenged that defeat eight months later. Yet despite winning the promotion’s lightweight title, when his contract was up, he only had eyes for the UFC.

“I gave up a lot when I left my last organization,” he said. “There was a pretty offer on the table, but I wanted everything. I wanted to be a part of this, and this is something I've wanted since I started mixed martial arts, so I'm ready for all of it. I want it all.”

So was it a question of cleaning out the division and seeking new challenges? Not really on the former, but definitely with the latter.

“It’s more of me just accomplishing goals that I set for myself,” Brooks said. “I'm a huge supporter of the idea of having a list of small goals that will get you to your bigger goal. I think a lot of people get overly comfortable and try to get impatient and rush things. And I accomplished my small goals, so it's time to move on to my bigger goal, which was being in the UFC. That's what I want to do and that's what I've done now, so it's time to go back to work.”

“That's how it should be with anything you do in life,” he said. “You accomplish one goal and you set another goal. It's the way to always be motivated, to always want more from yourself and more from your environment. That's the way I approach everything.” 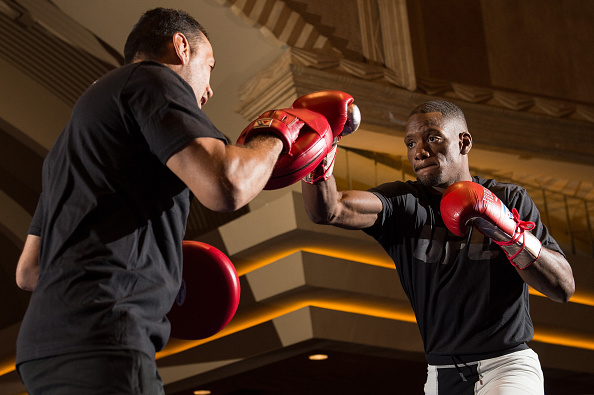 At 155 pounds in the UFC, Brooks will have no shortage of top-level opponents looking to derail the “new” guy, and though many say the American Top Team has the potential to be considered the best lightweight on the planet, he’s not about to place that crown on his head yet.

“When I beat everybody, that's when I can say I'm one of the best in the world,” Brooks said. “There are so many talented fighters that there's no room to ever get comfortable. You always have guys that may have been in this sport a little bit longer and they've hit their stride and they've got a good roll going, and then there's always younger guys that are coming up on the same train that you did, trying to make something of themselves, and they may have a little more talent than you do, so there's never an opportunity to say you're the best in the world until you've beat everybody. Until then, I'm just another fighter trying to do my best to be the top dog.”

It all continues on Friday, and he’s eager to introduce himself to the UFC faithful.