Brooks adapting to UFC life; lightweight division is on notice 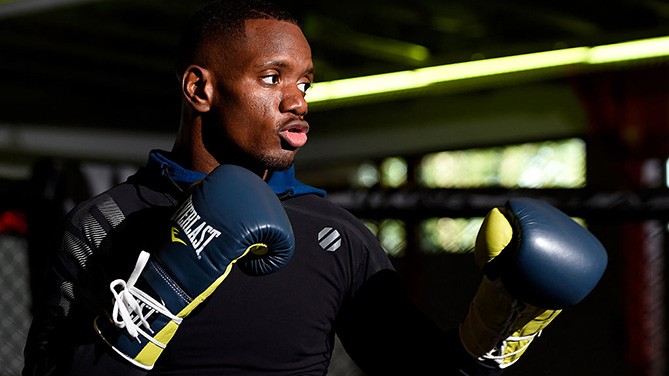 Since he’s moved on to become one of the top lightweights in the world of mixed martial arts, former high school and college football player Will Brooks can make an admission about his days as a cornerback.

The reason for the topic being brought up is that on the gridiron, a cornerback has to have a short memory. If you get burned, you still have to show up for the next play. If you make a great play, there’s no guarantee that the next one will follow the same pattern. The same goes for fighting, and Brooks lived that reality when he suffered the lone loss of his pro career against Saad Awad in February of 2013.

“I knew I wasn’t ready to compete,” Brooks said of his first round knockout defeat. “I knew it. But you take the walk anyway and there’s nobody to blame but yourself.”

RELATED: Go inside the Brooks vs. Oliveira matchup | This week's UFC Rankings Report | Portland must-see fights | KO of the Week: Oliveira vs Hallman

Brooks, a rising star at the time who went on to win the Bellator lightweight title in 2014, could have chalked the loss up to getting caught or just having a bad night. In this sport, it happens. He could have decided to steer clear of Awad. But eight months later, he was back in the cage with him, and this time, he won. Loss avenged, and that says a lot about who Will Brooks is.

“I don’t know if it was as important to get it back,” he said. “It was just one of those things where I needed to let myself know that that was your fault. It wasn’t that he was better than you. That was your fault because you didn’t put the work in, you didn’t do what you were supposed to do to go out there and win it the first time. So it wasn’t trying to get one back or trying to avenge a loss; it was more just me doing the right thing for myself and not shortchanging myself like I did the first time. It was another opportunity to remember who I am as a fighter and who I am as a person. It was a battle with myself.”

That first Awad fight remains the only loss on Brooks’ stellar record. Since that fight, he’s gone 9-0, with the most recent victory being in his UFC debut over Ross Pearson in July. It was an impressive effort over a tough opponent, but the perfectionist in “Ill Will” wanted to see more.

“I’m happy with the performance, but I think I could have done a lot better,” he said. “You have to take a lot of things into consideration. I don’t want to make excuses, and when you win, it’s hard to make excuses (Laughs), but it was a difficult transition for me.” 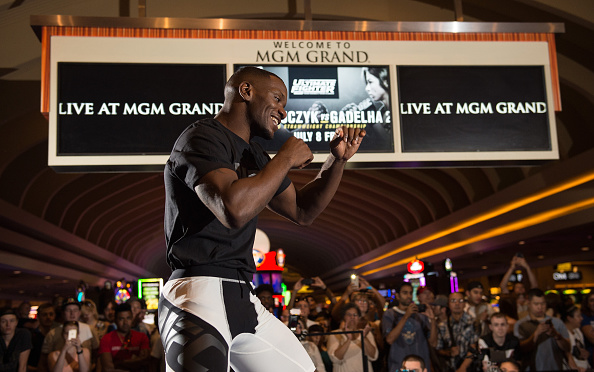 Released from his Bellator contract in May, the 29-year-old Chicago native was on the UFC roster a month later and offered a July 8 bout against Pearson. Despite the short notice, Brooks took the fight, and while he got himself in fighting shape, everything eventually hit him at once.

“I was going through a whole up and down, rollercoaster battle with the previous organization that I had competed for and it took a lot of the passion for the sport out of me and put a damper on my attitude in regards to training and preparing for fights,” he said. “And going through that and then placed into a situation where one of your goals has been accomplished by signing with the UFC, and the different emotions dealing with these things and then having to turn around and get ready for a fight on short notice, there was a lot going into that training camp mentally, physically and emotionally.”

Yet when it came time to make that walk, he bit down on his mouthpiece and decided to do what he does best: fight.

“We figured since it was such a short camp, it would be difficult to put together a real game plan of we’re gonna use this, this and that,” Brooks said. “It was more like one of those times where you just gotta go out there and fight mixed martial arts and be better than that guy.”

And it’s nice to have that in the back pocket when you need it. Again, it shows you who Will Brooks is.

“It’s comforting to know that that’s just in me,” he said. “I’ve always been in those situations where you have to rely on yourself and your abilities, and know that you put the work in. So when it all goes out the window, you know that you’re prepared for the next step. It’s a comfort thing to know that I can flip that switch and know that I can go out here and flat out fight and freestyle. But even my freestyle is going to be better than what your set of skills are.” 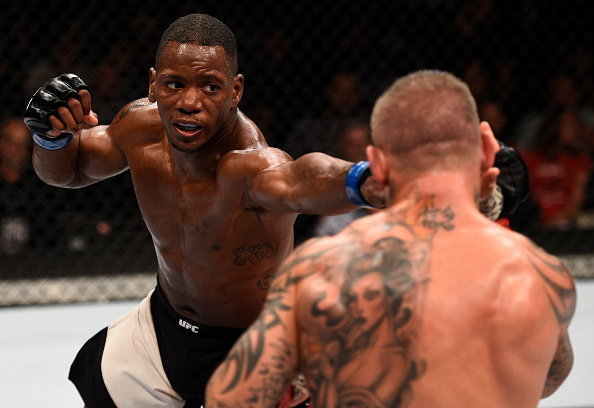 That freestyle worked like a charm against Pearson, and this Saturday, Brooks is back, and in the co-main event against Brazil’s Alex Oliveira in Portland. It’s a prime spot and one Brooks is happy about, and while he doesn’t think this is putting him on an accelerated path to a lightweight title shot, if it is, he’ll take it.

“If it is happening, I believe it should happen because I think I’m one of those guys that brings a lot to the table as far as my skills, the way I carry myself and my charisma, so why not put me on the fast track when I feel like there’s an opening in the lightweight division,” he said. “There’s a lot of talent but there are no superstars with the X-Factor walking around, so if I’m that guy they feel can be that, then I’ll be that.”

Sounds like the old cornerback is coming out again, the one who says, “You’re not catching that ball; not as long as I’m covering you.”

“You have to have self-belief and pride in what your skills are and belief in what you can do as an individual as you’re battling one-on-one with that guy,” Brooks said. “Sometimes you get burned, but sometimes you come out with a W. It’s something I’ve been able to take with me into my MMA career, and it’s been working out.”