The biggest card in UFC history just got bigger, as former world heavyweight champion Brock Lesnar officially announced his return to the Octagon at UFC 200 on July 9.

“The true competitor in me is still alive and well, and I had to do this,” Lesnar said. 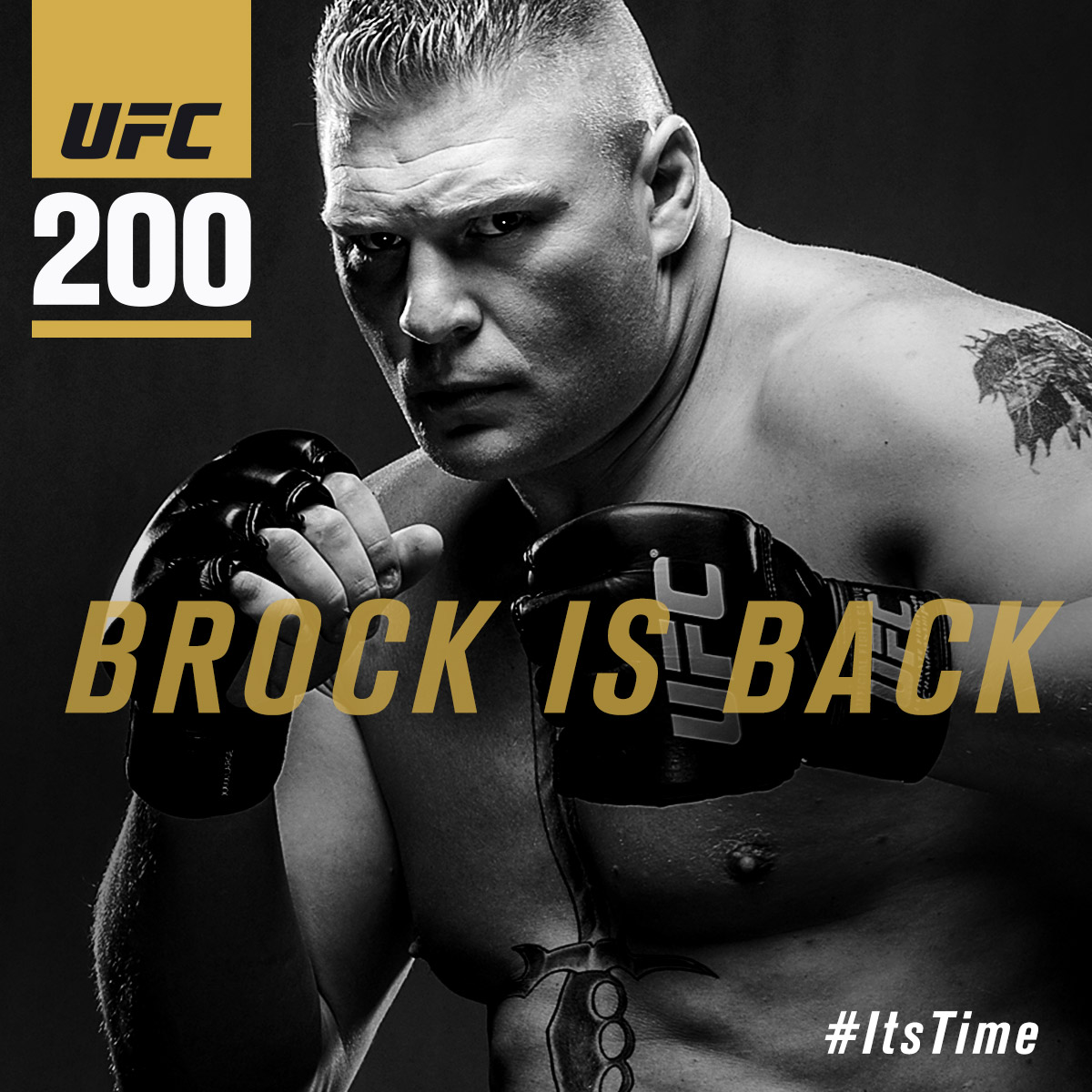 The opponent for Lesnar's first MMA bout since December of 2011 will be veteran knockout artist Mark Hunt.

“It could be anybody,” Lesnar told ESPN’s Hannah Storm of the bout. “I didn’t care. That’s how simple it is. I’ve never turned down a fight in the UFC. I think I match up very well (with Hunt). If Mark ends up on the ground, the fight’s over. Obviously, I need to work on my standup game, but I’m excited and enthusiastic about doing so. That’s the difference.”

A former NCAA Division I national wrestling champion who became an international star in the WWE, Lesnar turned to mixed martial arts in 2007, and by 2008 he was in the UFC and facing former world champion Frank Mir. Lesnar would lose that fight to Mir at UFC 81, but he won his next four bouts, taking the UFC heavyweight championship in the process when he knocked out Randy Couture in 2008. Also included in Lesnar's string of excellence was a win over Mir in their UFC 100 rematch, and an epic submission victory over Shane Carwin in 2010. Through it all, Lesnar's toughest opponent was the diverticulitis that sidelined him twice, and after back-to-back defeats to Cain Velasquez and Alistair Overeem, Lesnar retired from the sport in 2011.

In his post-UFC career, a healthy Lesnar returned to the WWE, where he regained his crown as one of pro wrestling's most popular competitors. But there was still that itch to compete in the Octagon at one hundred percent and settle some unfinished business, and on July 9, he will get that opportunity.

UFC 200, which takes place at T-Mobile Arena in Las Vegas, is headlined by the UFC light heavyweight title fight rematch between Daniel Cormier and Jon Jones. Plus, the interim featherweight title will be on the line in another highly-anticipated return bout, as Jose Aldo faces Frankie Edgar, and Miesha Tate puts her UFC women's bantamweight crown on the line against Brazil's Amanda Nunes.