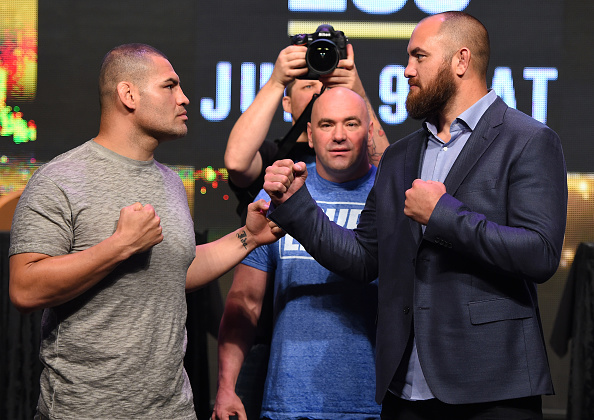 It would have been interesting to find out what Travis Browne was up to when UFC 100 took place in July of 2009, but one look at the record of “Hapa” answers that question.

He was likely getting ready for a fight, as he actually fought on June 5 and then July 23, lifting his record to 6-0. He would get to 7-0 by the end of the year, with all seven bouts taking place in 2009, and after fighting twice in February of 2010, he got the call from the UFC.

That’s a whirlwind, to say the least, but he does remember what was going on around the time of the biggest UFC event to date.

“UFC 100 was the thing to watch when you were an up and coming fighter, so I was definitely keeping my eye on it,” Browne, who fights Cain Velasquez at UFC 200 on July 9, said. “At that time, I wasn’t as busy training as I am now. Naturally, when you’re in the smaller shows, I had to deal with life in general. I had two kids, I couldn’t afford to do a camp away from home and I was still working at that time. I wasn’t able to commit as much to training then as I am now.”

Instead, the 26-year-old got his experience in fights, not in the gym.

“When I first turned pro was when I really started training,” he said. “I only had about six months of training before my first pro fight. I was starting my training and fighting at the same time.”
RELATED CONTENT: Rankings Report discusses heavyweights | Don't forget about Cain | Inside the matchup | Browne fighter bio

Browne kept winning though, finishing eight of his nine opponents on the local circuit, seven by knockout. There were a few interesting names in there, like UFC vet Aaron Brink, Ultimate Fighter 10 alum Abe Wagner, and former NFL star Michael Westbrook. But even then, Browne knew the level of competition would be ramped up in the UFC. And he was right.

“The skill level is tremendously different in the UFC than at the lower levels, but it’s the mentality as well, and being to deal with the lights,” Browne said. “Just getting under those lights is a big difference from fighting in a 20-foot cage in the middle of a parking lot of a casino. It’s a lot different.”

At least he didn’t have to fight in a barn like some of the Midwest fighters coming up around that time.

“In southern California, fighting in a parking lot is our version of a barn,” he laughs. But did he at least get free parking?

Browne, now 33, is comfortable under those lights. As he prepares for Velasquez, he is ranked seventh in the world in the heavyweight division, with 13 Octagon bouts under his belt. In June of 2010, he was just another prospect hoping to get a shot at the champion. Four months after his UFC debut win over James McSweeney, that champion was Velasquez.

“When you’re getting ready to jump in the UFC, one of (matchmaker) Joe Silva’s favorite sayings is, ‘If you’re in the UFC, you better be ready to fight for a title,’” Browne said. “So coming into the UFC, that’s who had the target on him – the champion. That’s the guy who’s beaten everybody, so that’s the guy I’m gonna have to beat. And I believed in myself. I knew I would be fighting all the best one day or another.”

He has, and while he’s beaten Stefan Struve, Alistair Overeem and Josh Barnett, he’s also lost to “Bigfoot” Silva, Fabricio Werdum and Andrei Arlovski. It’s what happens when you grow up in public. 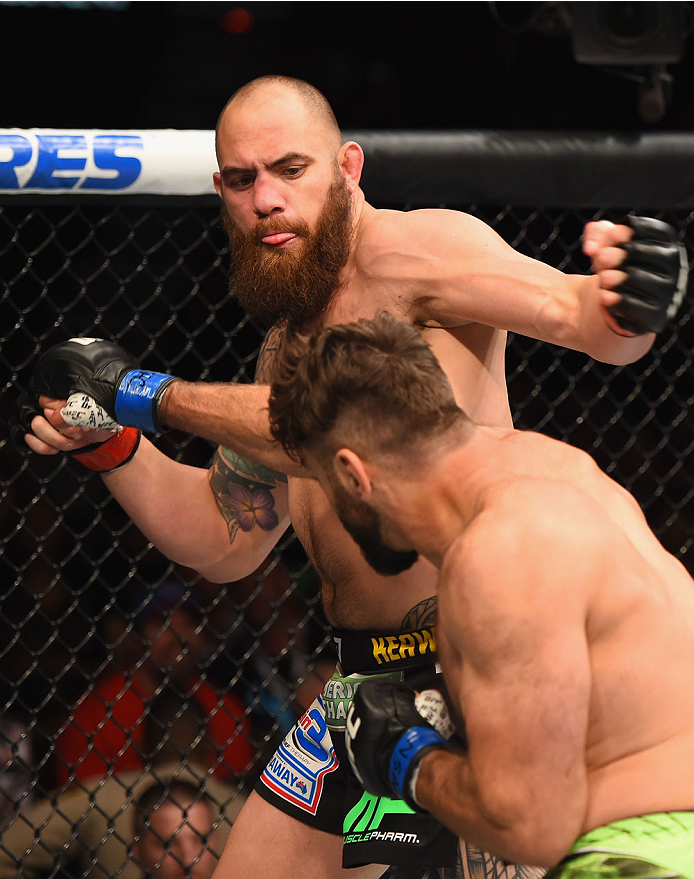 “This is my learning curve, and it’s against some of the best in the world,” he said. “I didn’t have an amateur background, I didn’t have any combat sports before this, so I’m learning to be a professional fighter on the go. I was flying by the seat of my pants and figuring it out on the fly. This is how I got my experience, in the UFC. I have nine fights outside the UFC, but that was all in a year and at the lower level. My learning takes place in front of millions of people, not behind closed doors or in fights nobody’s watching.”

He’s apparently learned his lessons well, and if you dig a little deeper into the UFC fights Browne has lost, you’ll see someone who tore his hamstring early in his loss to Silva, sustained a laundry list of injuries against Werdum and still went five rounds, and was the one who got clipped last in a one-round war with Arlovski. He uses none of these realities as excuses, but it has given him the confidence that he can fight and win against anybody in the division.

“It toughens me up,” he said of his losses. “It’s made me believe in myself knowing that any of those guys I’ve lost to, I can beat on any day, and that’s how I truly feel. I don’t feel like I have truly been beat by somebody. I’ve gotten caught and I’ve gotten injured in my fights, but when it comes to just shutting me down and beating me up every which way, I haven’t felt that yet. So I’m there. I’m ready to contend and I just need to keep pushing myself. I can win any fight that I’m in.”

The next one is with Velasquez, a former two-time heavyweight champion, on the biggest event of 2016, proof positive that Travis Browne has come a long way from the parking lot.