"Now I’m able to fully focus on my goals and what I want to accomplish in this sport. In 2013 I plan on having a great year." - Brian Stann 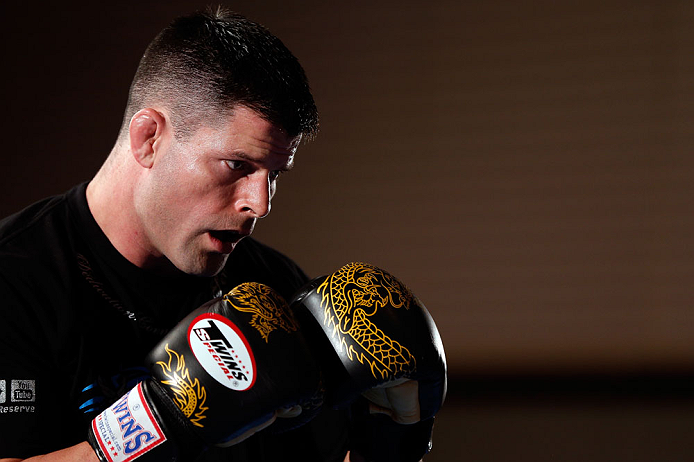 At some point or another, every fighter has found themselves in a difficult position. Whether that comes in the heat of battle with their opponent on the attack, or at a juncture of a career where there is no longer room for a back step; an athlete competing in the competitive world of mixed martial arts has undoubtedly attempted to prepare themselves for anything that may come their way.

In a sport where anything can and often does happen, a fighter’s ability to adapt and adjust under pressure can make all the difference. It is in those moments where a competitor either finds the moxie to stand and deliver, or collapses under the weight of what is raining down upon them.

While natural talent and game planning provide the tools for success to be achieved, on many occasions it requires intangible resources to claim victory. Cliché words such as “heart” and “determination” are thrown around with high-frequency in mixed martial arts, and despite this being the case; there is no denying some fighters simply have it, where others unfortunately don’t.

Grit has never been an issue where Brian Stann is concerned. The war hero turned mixed martial artist has spent a lifetime standing tall in the face of adversity, as the 32-year-old has parlayed a blue-collar work ethic into a successful career on the sport’s biggest stage in the UFC. Throughout his journey, the former standout linebacker at Navy has experienced his fair share of victory and defeat. But every time Stann has been forced to take a step back, he comes charging forward reinvigorated.

The Marine Corps veteran has proven capable of bouncing back from a difficult situation in the past, and his ability to do so will undoubtedly be tested this Saturday night when he squares off with MMA legend Wanderlei Silva at UFC on FUEL TV 8 in Japan.

The bout with “The Axe Murderer” will be Stann’s first showing inside the Octagon since dropping a unanimous decision defeat to Michael Bisping at UFC 152 last September. The loss to “The Count” knocked Stann from the ranks of title contention, and with the divisional picture becoming increasingly competitive; Stann needs a victory over Silva to keep pace with the pack.

The former Chute Boxe fighter built his legacy competing in Japan as he put together one of the most dominant runs in mixed martial arts history while competing under the now-defunct PRIDE banner. While the 36-year-old Brazilian may be on the downside of his career, there is no aspect of the matchup Stann is taking lightly.

Competing in front of the fabled Japanese audience is something Stann has aspired to do since his fighting career began. When the high-profile status of the tilt being a main event factored in, Stann is thankful for the opportunity at hand.

“I was born at Yokota Air Base in Japan and it certainly adds an interesting layer to the fight,” Stann said. “I don’t remember anything because I was so young and I didn’t live there very long, but it is a place I’ve always wanted to fight. Even earlier in my career when I was in the WEC I always thought it would be really cool to fight in Japan at some point. PRIDE was still going on back then and MMA was such a huge sport over there. I never thought I’d get the opportunity because at the time, the WEC and UFC certainly weren’t traveling over to put on fights in Japan. This is one of those things that was on the bucket list of my MMA career. I’ve always wanted to go over and fight in Japan and I’m very fortunate to be fighting in a main event. Without the fight being in Japan or against Wanderlei, this opportunity might not have come.

“It’s my first time being the main event and it’s a dream come true. I’ve been scheduled there a couple of times before in the past but things have always fallen through. This is a big deal for me. I want to be a guy that the UFC continues to put in main events and co-main events because I deliver. I’m very proud of that.”

The matchup between Stann and Silva will feature two fighters who have the ability to end the action with a single punch. The former WEC light heavyweight champion is a powerful counterstriker who has punished opponents in the past when they’ve become overaggressive.
In bouts with TUF alum Chris Leben and MMA veterans Jorge Santiago and Alessio Sakara, Stann’s improved footwork and timing allowed him to capitalize on the openings that were presented. In all three cases, the Pennsylvania-based fighter ended the action in brutal fashion, scoring highlight reel-worthy victories in the process.

Stann’s striking style seems custom-made to answer the problems Silva brings to the table, as the former PRIDE middleweight champion has made a career of blitzing the opposition with his aggressive Muay Thai-based attack. That being said, in his most recent fights, Silva has taken a different approach. The “mad dog” rushes are still very much present and his power is always a threat, but Silva has begun to use a style that favors patience over chaos.

“Preparing for the way Wanderlei fights now is different than it would have been a few years ago,” Stann said. “You can’t count on him coming forward the entire fight. There are going to be bursts, but he’s become more economical with his strikes. He’s become a much smarter fighter and more dimensional as well. He’s added some takedown capabilities into his game as well and I’m not banking on him to just come out there swinging. I think he’s going to be much more patient in this fight.

“Looking at his past few fights, he’s begun to counterstrike a little bit more. I think that is an interesting tactical layer in this fight and I’m interested to see how it plays out.

“If you look at all of his fights, there haven’t been too many where Wanderlei hasn’t hurt the person he’s fighting. Even in the fights he’s lost, he’s extremely dangerous. His fights against Rich Franklin were razor-thin. There were moments of those fights where it could have gone either way and he had Rich nearly finished. Wanderlei Silva is always dangerous.

“You look at guys like Vitor Belfort and it shows you this is a sport where more mature fighters can be very successful because the volume of technique and the depth it takes to continue to be proficient in every aspect takes so long. That’s why we have some athletes who have been training and competing longer to defeat younger athletes.”

“I’m only fighting at light heavyweight for this Silva matchup then I’m going back down to 185 pounds,” Stann said. “I wanted to get back into the Octagon as soon as possible. (UFC matchmaker) Joe Silva knew that was what I wanted and most of the other middleweights were either booked for fights or injured. The UFC wanted Wanderlei to be in the main event in Japan and he wanted to stay at 205 pounds. He didn’t want to cut the weight and it was fine with me. It wasn’t a big deal at all and I took the fight. To me, this is really a middleweight fight and we’re just agreeing not to cut the weight.

“The middleweight division is certainly one of the most competitive weight classes in the UFC,” he added. “It has become even more so with the addition of the Strikeforce guys. I think there are several guys who have come over from Strikeforce that have just made the division more deep. These guys are young and they are hungry. Even if (185-pound champion) Anderson Silva does end up riding off into the sunset with his title over the next year or two, I think it is still an extremely competitive division.”

Stann’s abilities inside the cage have garnered acclaim for years, but recently it has been his work in the broadcast booth which has drawn rave reviews. As a member of the analyst team for the FOX and FUEL TV cards, Stann has quickly earned a reputation for his top-notch presentation. Getting behind the analyst desk was previously uncharted territory, but Stann has handled the task like a consummate professional.

“I really enjoy doing it,” Stann replied when asked about his role as an analyst. “I just don’t necessarily consider it to be work. I enjoy breaking down fights. I kind of put my military hat back on when I do it because I like doing the homework and coming in prepared. I want the fans to be able to count on me, and not with some babble I just came up with 30 minutes before we went on air, but legitimate analysis and breakdowns of what I expect to see in the fight. It’s really a lot of fun for me.

“I’ve done a lot of different things to make a living and feed my family. Most of them have been very hard and back breaking. It has been professional fighting. It has been being in the Marine Corps. It’s been grinding it out on the road and with business. I’ve done all that and the opportunity to break down a sport that I love, with fighters I truly respect, is an awful lot of fun for me. Hopefully that will be something I’m allowed to continue.”

2012 may not have been the year Stann had originally intended for it to be, but that has only provided more motivation for him to make the most out of the year ahead. The bout with Silva will be his first of 2013, and a victory in Japan will set things off the right way.

The previous year came with distractions outside of the cage but now that his focus is locked on the task at hand, Stann plan to make the coming year one to remember.

“It’s going to be a different Brian Stann. Fans are going to see a Brian Stann who is completely dangerous in every aspect of the sport. I’m going to be more focused. There were a lot of things happening in 2012 that, unfortunately for my fighting career, were more important than fighting. They needed my attention. Luckily for me, those are over and we closed the chapter on that when 2012 ended. Now I’m able to fully focus on my goals and what I want to accomplish in this sport. In 2013 I plan on having a great year.”