Brian Ortega: All About Opportunity On The Ultimate Fighter

UFC Featherweight Contender Brian Ortega Sees The Return Of The Ultimate Fighter As A Monumental Opportunity For Each Contestant, Looks Forward To Pushing His Team Toward Success
By McKenzie Pavacich, on Twitter @mpavacich_ • May. 29, 2021

Brian Ortega knows the gravity of the opportunity that lies ahead; not just for him, but for the eight athletes who will don Team Ortega jerseys during the 29th season of The Ultimate Fighter, which premieres on ESPN+ on June 1.

After nearly seven years since his UFC debut, Ortega has the opportunity to give back to the sport that has given him so much in life. But, of course, not without a little challenge.

“My biggest thoughts are how am I going to be a coach who understands every single one of my fighters and be able to motivate them?” Ortega told UFC.com during a pre-season media day in late April. “I’ll probably be picking my team not off skill, but off who they are as a person.

MORE TUF 29: How To Watch The Return Of The Ultimate Fighter | All Things TUF

"If you’re dedicated and a hardworking person, I’m going to pick you over a natural athlete who f*cks around too much. I want people who are here to want to win, to be serious. If you’re here to mess around and to get some fights and get a contract that way, that’s a language I really don’t speak.” 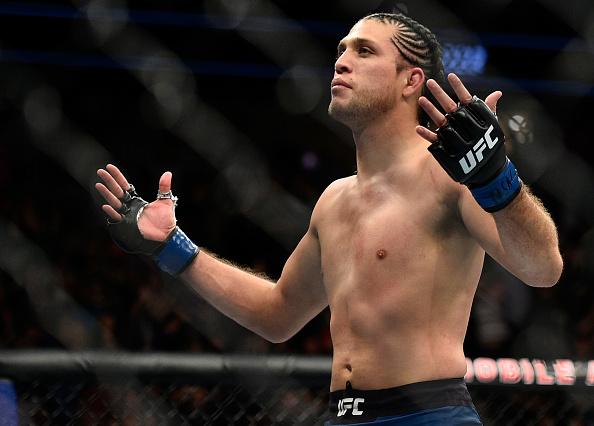 Seeing the road ahead as far more than just a reality television show, Ortega hopes his team makes the most of the opportunity that he's creating, enhanced by the benefit of bringing along the coaching staff he trusts with his own career.

"I’m bringing my coaches," the 29-year-old, preparing for a title shot of his own, said. "I’m bringing the coaches that I trust to bring me to a world championship level. I’m bringing them into the show to get these guys to win this contract."

"Whatever you need, I’ve got," Ortega said, explaining the coaching staff he built for this opportunity. "I've got striking, I've got wrestling, I've got game planners, nutritionists. I’ve got everyone on board that’s going to make you the best you that you can be. Only you can mess yourself up. If you’re willing to work and listen, I’m willing to help and guide you to the best of my abilities with the best that I have."

Of course, it's about more than just the UFC contract that is up for grabs for a bantamweight and middleweight at the end of the show -- Ortega knows that lifelong bonds are forged in the show, and while it's not something he'll actively seek, he knows the development of an emotional investment with his team will be inevitable. 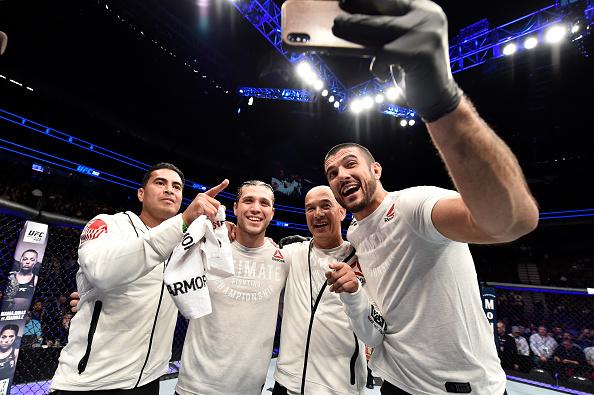 Brian Ortega celebrates after his knockout victory over Frankie Edgar in their featherweight bout during the UFC 222 event inside T-Mobile Arena on March 3, 2018 in Las Vegas, Nevada. (Photo by Jeff Bottari/Zuffa LLC)

Growing up with The Ultimate Fighter on his own television, Ortega said he's always admired the chance the show creates for athletes at the start of their career. And some of his favorite moments?

"Nate (Diaz), obviously. Going in there, winning and just being from the west side, the west coast," Ortega said. "Some fighters that didn’t even win the show and still made it out there. Uriah Hall is one of my all-time favorites. Especially with that crazy knockout, I remember thinking, 'Holy sh*t, who is this man?'"

With the show returning for the first time in nearly three years, Ortega knows there are shoes to fill this season, but it’s a challenge he’s undoubtedly up for.

"The fact that it’s back and to hear that as a fan is dope in itself," Ortega explained. "It’s nerve wracking, but we’ve got to bring something to the table that fans are going to enjoy, keep everyone entertained, but at the same time, we're gonna be ourselves." 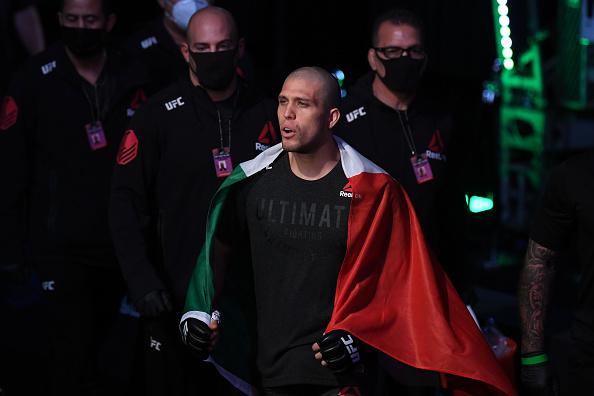 Above all else, Ortega hope his athletes can learn from the biggest lesson that lies ahead for the 16 prospects who will reside in the coveted TUF house for the 29th season.

"They're on the big show already," Ortega said. " They're on television, people are going to start to know who they are. This is an amazing opportunity for them, whether they win or lose. There’s people who lose this show and are some of the best fighters in the UFC right now. You’ve just been handed a blessing, so use it right."

Make sure you tune in to season 29 of The Ultimate Fighter, which airs live on ESPN+ on June 1st at 9pm ET / 6pm PT.