“I've done this many times, hence the nickname `Bad Boy’ I was given by
an Australian promotion. I'm the guy that beats people up in front of
their home crowd.” - Brian Ebersole 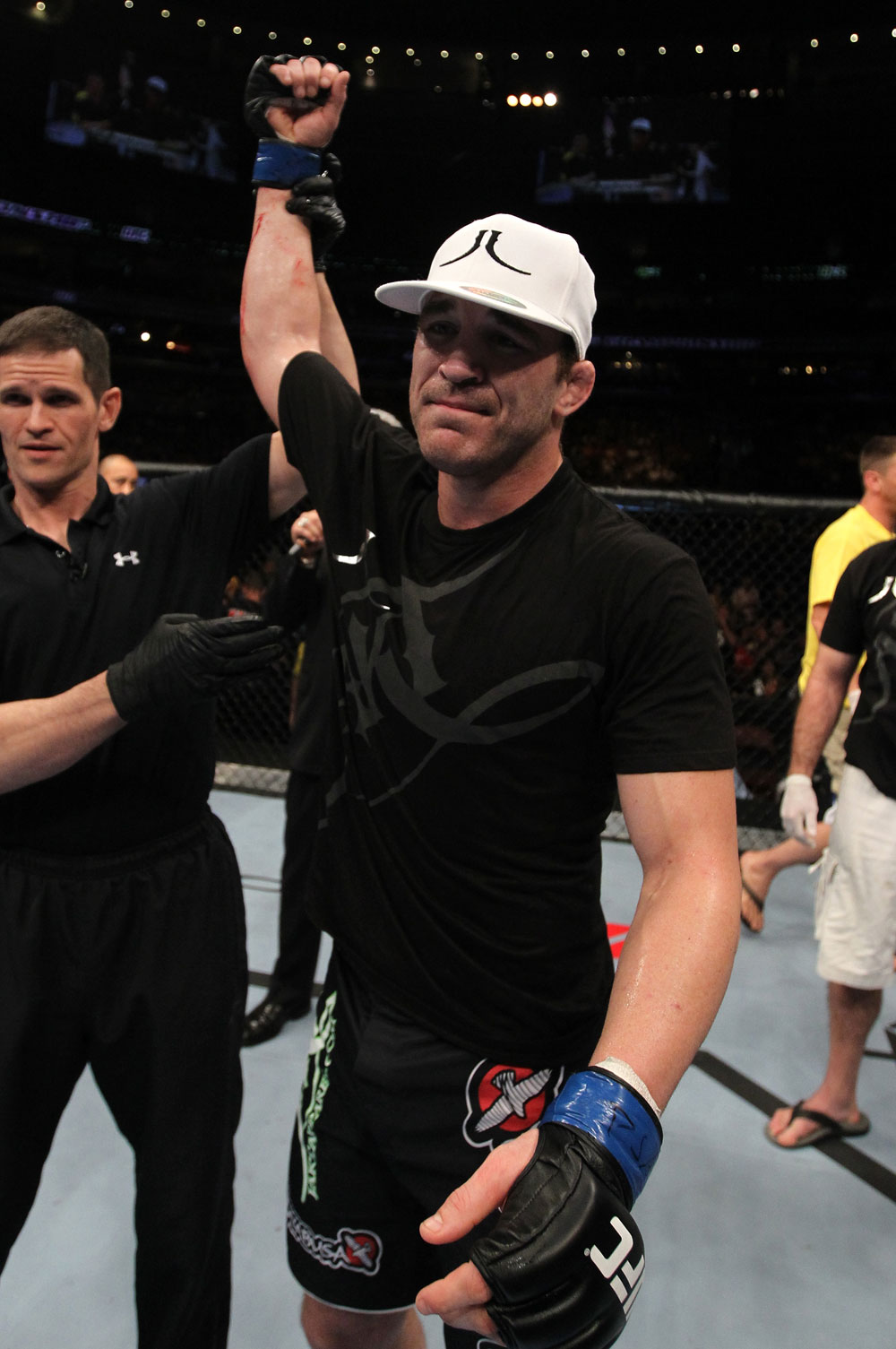 This year has been full of impressive debuts, entertaining fights, and new contenders announcing their presences, but Brian Ebersole might be the only man on the UFC roster to hit all three marks in the last 11 months.

An injury to Carlos Condit opened the Octagon door for the veteran of more than 60 fights. The Indiana native now based out of Melbourne, Australia stepped in to face veteran Chris Lytle at UFC 127 in February, and hasn’t looked back since.

After getting the better of Lytle in an entertaining contest that earned Fight of the Night honors in Sydney, Ebersole returned to action against in August, stopping Dennis Hallman in a bout that is more memorable for his opponent’s attire than Ebersole’s first round finish.

“I was in the Octagon when he came out,” said Ebersole of his UFC 133 meeting with Hallman and his barely-there trunks. “I didn’t see the shorts until he began stretching; I reckon he was peacocking out in the middle of the cage. I laughed, and thought, `he just made me famous’ because everyone would be talking about this fight.”

Hallman’s choice in attire definitely sparked a lot of conversation; it also raised the ire of UFC President Dana White, who awarded Ebersole a $70,000 “Getting those horrifying shorts off TV as soon as possible” bonus after the fight. The 31-year-old welterweight says he put the money to good use.

“I thought it fit nicely into my bank account.  My UFC 127 bonus money was getting lonely.”

Ebersole took a different path to the UFC, racking up more bouts by the time he was 30 than many fighters could accrue in two careers. This time last year, you’d be hard pressed to find many UFC fans who knew his name, let alone expected to see him on the fringes of contending in the welterweight division.

He concedes it has been an unlikely voyage from competing across Australia to contending in the UFC, but Ebersole says he hasn’t done anything that should be considered unexpected yet and is happy to be where he is at this stage of his career.

“I'm no Nostradamus and wouldn't have placed a bet on that outcome, but I sure wouldn't have thought it impossible. And really, I haven't done anything `surprising’ yet; I mean, I was the favorite in the bouts at UFC 127 & 133.

“I think I could have won some bouts as a 20-something in the UFC, but I'm happy with the timing.  I have a real chance to finish my career on the UFC roster, which is how I'd want it, and anyone would want it — retiring on top.”

Retirement, however, is not what he’s been preparing for over the last few months.

First it was Rory MacDonald, the impressive young Canadian who has also put himself on the list of potential contenders in the UFC’s 170-pound division in 2011. Early last month, MacDonald was forced to withdraw from the bout due to an injury, forcing Ebersole to shift his focus to another Canadian, Claude Patrick.

“After I'd accepted the fact that I was competing [against] Rory, I had my mind focused on the task. Yes, the change came as a disappointment — for one day.  Then I had to realign my thoughts toward Claude Patrick and the new — though much the same — task at hand.”

That task is to walk into Toronto and put an end to Patrick’s 13-fight winning streak in his own backyard, a task that Ebersole is quite familiar with.

“I've done this many times, hence the nickname `Bad Boy’ I was given by an Australian promotion. I'm the guy that beats people up in front of their home crowd.”

He’s also the guy who steps into the cage with patterns and messages shaved into his ample chest hair.

After debuting “The Hairrow” to the UFC audience in Australia, Ebersole looked to switch it up heading into UFC 133, taking suggestions from fans through an online contest. As for what’s in store for this weekend, Ebersole won’t offer any hints other than he’ll be the one to determine the design.

“You'll have to wait and see; got a bit going on there. I tried to turn over creative control at 133, but the fans sort of let me down a bit. I mean, they tried — they had a play — [but] some weren't too serious with their entries; I could tell.

“In the end, there was nothing viable — nothing that would actually stick out enough to be recognized and that had a decent message.  Downward arrows, bow ties, and hearts did not sway me to stray from `The Hairrow!’”

Ebersole also isn’t offering any predictions on how things will play out with Patrick Saturday night in Toronto either, explaining he’s not a fan of all the pre-fight analysis and predictions.

“This is why we watch sports,” responded when asked how this weekend’s matchup breaks down. “Who cares about pre-fight banter?  Really?  I can't stand watching former NFL players — and AFL in Australia — flop their bollocks all afternoon about how this team matches up with that one, about how this quarterback struggles on Monday Night games, this coach hasn't won a game in ______ Stadium, and so on and so forth.

That doesn’t mean he doesn’t have thoughts on what comes next and where a victory over Patrick would put him; they’re just not your typical pre-fight platitudes — they’re entertaining and original, just like Ebersole.

“It puts me at Niagara Falls with two Australians that I love, and leaves me wanting to enjoy the view, where a loss would see me wanting to take a barrel over the Falls.

“The next step? Enjoy Christmas and go home to coach my former high school.  It'll be a good time on the mats at BBCHS this year.”