Three Years Into His UFC Career, Brendan Allen Is Happy To Be Surrounded With Teammates That Take Away The Pressure Of Fight Week
By Maddyn Johnstone-Thomas, On Twitter @MaddynThomas • Jun. 10, 2022

Brendan Allen is finally starting to enjoy the simple things of fight week.

In the past, Allen would stay locked away in his hotel room and keep quiet until he absolutely needed to come out. But now, Allen has found joy in creating new moments and experiences during fight week thanks to his newfound friendship with teammates Andre Fialho and Road To UFC Asia fighter Tuco Tokkos.

“I think ever since me, Tuco and Andre have all been together, it has just helped me enjoy things more,” Allen told UFC.com ahead of his bout with Jacob Malkoun at UFC 275. “I enjoy being around them, I enjoy the fight weeks, I’m not stuck with ‘ah man we have to cut weight, ah man we have to work out, ah I can’t eat that’. It’s just doing things that keep me active. Normally, I just stay in the hotel room until it was time to train or work out and that was it, just stick to myself. But now, we go out, we do things and it’s more enjoyable.” 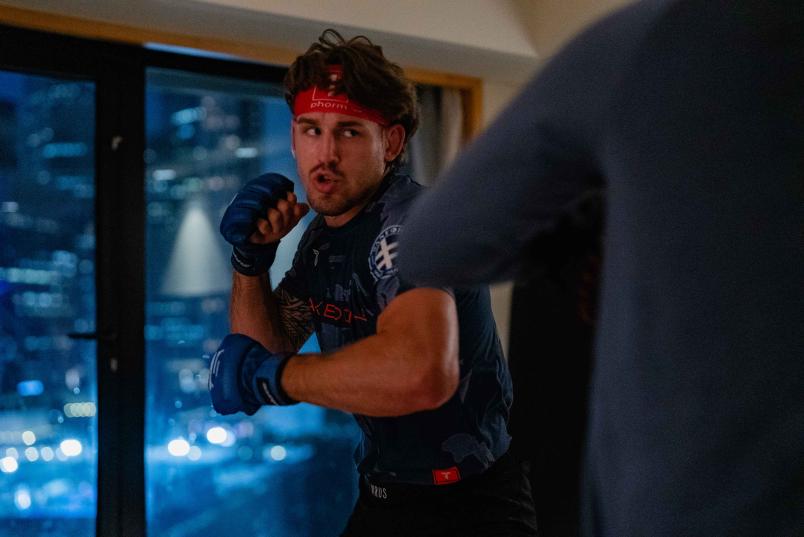 Brendan Allen trains at the host hotel in Singapore for UFC 275. (Photo by Zac Pacleb)

Allen last fought in February, when he submitted middleweight Sam Alvey via rear naked choke in the second round. Since then, Allen has been focused on remaining consistent with staying in shape and focusing on his health.

He’s enjoying the moments with his friends, taking everything in and not blocking things out like he used to. Allen’s mindset heading into fight week is steady and he’s never felt better.

The area that Allen believes he has grown the most since he made his UFC debut back in 2019 is mentally. Physically, he doesn’t feel like there’s been much of a change, but mentally, things have improved.

“I think my skills have always been there, technically I’ve always been there, but opening up and showing those things in the gym in the fights and just being more focused,” Allen said. “Sometimes I was too focused, sometimes I was too held on to things and thoughts, positionally in the fights that I really wanted to make happen rather than just flowing with it, so mentally I think I’m just way beyond that.” 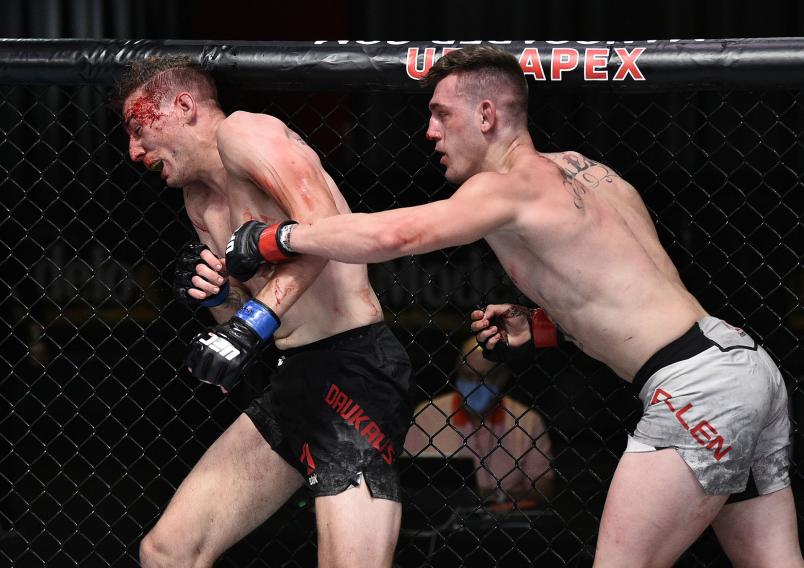 When he looks at his matchup with Malkoun this weekend, Allen has no doubt that he’ll come out victorious. Throughout his career, Allen has registered five wins by knockout and 10 by submission, in addition to nine first-round finishes. The Australian is riding a two-fight win streak heading into the bout and has two wins by knockout.

Mentally, Allen knows when the time comes, he’ll be nervous and a little on edge, but also ready to go.

The South Carolina native has had a couple chances to crack the Top 15 but hasn’t been able to do it.

He’s confident in what he brings to the table, now all that’s left is to go out and fight.

“I still stand by my statement that with a full camp, and healthy, I’ll beat any man on this roster,” Allen said. “I truly believe that I could beat anyone in the whole division. Top 15, I’ve had my opportunity three times and it’s gotten taken from me three times for reasons out of my control, and it’s so disappointing. Top 15, I want to stay away from a 10 through 15 type deal, I want to just jump right into 10, but I feel like I can beat anyone in the world.”