Brendan Allen promised himself if he ever underperforms again he’ll walk away from the sport
By E. Spencer Kyte, on Twitter @SpencerKyte • Jun. 22, 2020

The most important fight of Brendan Allen’s career thus far wasn’t the victory over Aaron Jeffery that landed him a UFC contract or either of the submission wins he picked up in his first two trips into the Octagon.

It was his fight against Anthony Hernandez for the vacant LFA middleweight title at the start of 2018 — a fight he lost by unanimous decision.

“All my losses are frustrating because they were all to myself; they weren’t to my opponents,” said Allen, who goes searching for a third straight UFC win this weekend when he takes on promotional newcomer Kyle Daukaus. “I feel like I’m a thousand times better than all of them, but they beat me that night.

“It’s probably for the better and things happen for a reason, but if I ever lose to myself like that again, it doesn’t matter where I’m at — I’m done. I’m not going to kill my body, be away from my family just to go s*** the bed.”

Since that late January evening three years ago, the Roufusport representative has rattled off six consecutive victories, including finally getting his hands on the LFA middleweight strap, which he successfully defended once before parlaying a first-round finish on the Contender Series last summer into a UFC contract.

In his first Octagon appearance, Allen showcased his tenacity and technical skills on the ground, weathering a rough first round before submitting Kevin Holland in the second. As an encore, the surging rookie made relatively quick work of Tom Breese, finishing the once highly touted Englishman late in the opening frame of their February encounter.

Most impressive of all, however, is the fact that Allen has been a picture of calm and poise throughout, navigating his way through tricky positions and potentially dangerous situations against two highly skilled fighters like he was completing the most mundane household chores.

“It’s just repetition and experience,” said the streaking newcomer, who has already established himself as one of the top emerging talents in the middleweight division. “I like to put myself in precarious situations and it’s not like the other person puts me in them; I put myself in them.

“It’s confidence — I have full confidence in myself and my abilities and I know that when I’m calm, I’m dangerous and I can get out of any position.” 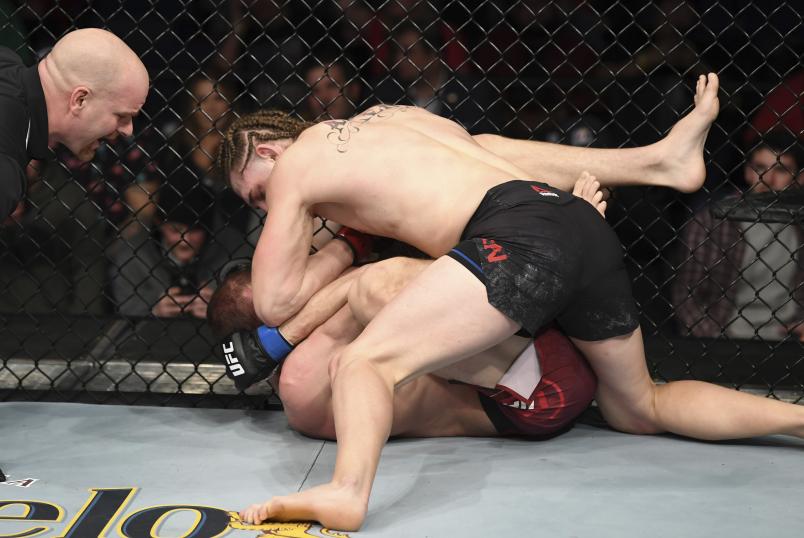 Originally slated to face Ian Heinisch in a matchup that could have propelled Allen into the rankings with a victory, the unshakeable upstart from Slidell, Louisiana will instead square off with Daukaus after “The Hurricane” was forced from the card early last week due to injury.

Where some competitors might get deflated going from a bout against a ranked opponent to squaring off with a UFC rookie, Allen sees Saturday’s bout with the undefeated Philadelphia native as a chance to make a statement and highlight “The Frankie Edgar Axiom” once more.

“It was frustrating at first because of the Top 15 thing but, at the end of the day, I’ve still got a job to do and I’ve got to get paid,” he said of the shift in opponents from Heinisch to Daukaus. “All that’s on my mind is handling business, proving a point, showing that there’s levels to this and that anything other than a Top 15 opponent is a waste of my time.

“I watched his fights and he’s not bad — he’s good for a local circuit guy,” Allen said of Daukaus, who is 9-0 with eight submission finishes in his professional career. “But like I said, there are levels to this and I feel like I’m on a different level. I feel like he could beat guys in the lower tier of the UFC, but I’m not in the lower tier.”

That might sound brash coming from someone just two fights into his UFC career, but many of the greats proclaimed they were operating on a different plane than everyone else long before they reached the top, and Allen believes it’s only a matter of time before he shows that’s more than just youthful exuberance.

“I’m young in age, but in terms of mentality, my age isn’t representative of that and I think my mentality is what separates me in a major way,” he said. “I feel like I’m the best in the world and now it’s time to manifest that, show that, and keep moving up the ladder.

“I’ve fought some of the best guys in the world already — Holland was No. 22 on Tapology, Tom Breese was “Newcomer of the Year” over Kamaru Usman in 2015 and only had one loss; he had never been finished and I went out and finished him. 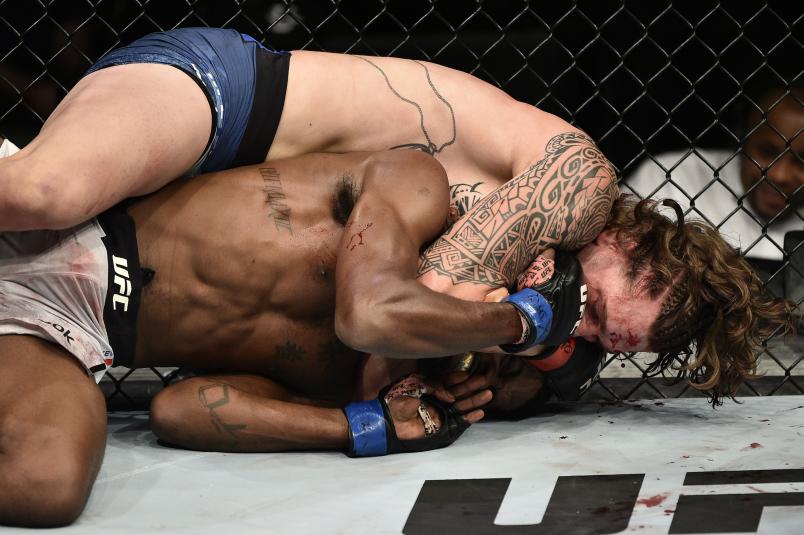 “I feel like I’m fighting some of the best in the division already and doing things some other guys can’t do,” he added. “I’m confident in my abilities and I haven’t even begun to show close to everything yet, but I’ll show another aspect on June 27.”

When some fighters say those kinds of things, it sounds as if they’re trying to convince themselves as much as they’re trying to sell you on what they’re saying, as if repeating it enough times will make it come true.

But the special ones — the ones with true top-end talent who are still on the come-up — the words roll off their tongue without even the slightest hint of doubt. It’s all matter of fact, as if they were offering their thoughts on the weather or a local eatery.

Allen sounds like one of special ones, his Louisiana-flecked words floating out of his mouth effortlessly.

He truly believes he’s meant for great things, and regardless of who is standing across the cage from him this weekend or any weekend, Allen’s approach and mission remains the same: get a finish, get paid, and get home.

“I don’t really see my performance being too different,” he added. “It’s going to be the same result regardless of who is in there: it’s still going to be great and I’m still going to get the job done, and that’s really all that matters.”