Brendan Allen Knows How To Bring His Best On Fight Night

For the second time in as many years, Brendan Allen’s opportunity to close out the year by sharing the Octagon with a fighter stationed inside the Top 15 at middleweight has slipped from his grasp through no fault of his own.

Last year, the Louisiana native was scheduled to face Ian Heinisch in early November in a re-booking of their June encounter that came apart when Heinisch withdrew due to a knee injury. Allen had been chasing down a chance to share the cage with “The Hurricane” since the two competed under the LFA banner and believed a win would elevate him into the rankings, but it wasn’t meant to be.

Heinisch tested positive for COVID-19 and a week after their scuttled bout, Allen shared the cage with Sean Strickland in a catchweight bout at 195 pounds and didn’t show up. Physically he was there, but mentally, he was somewhere else, and Strickland made him pay, handing the Sanford MMA product his first UFC loss.

After rebounding with a pair of dynamic performances earlier this year, Allen was slated to face Hawaiian veteran Brad Tavares this weekend, but like Heinisch last year, the Top 15 stalwart was forced to withdraw. 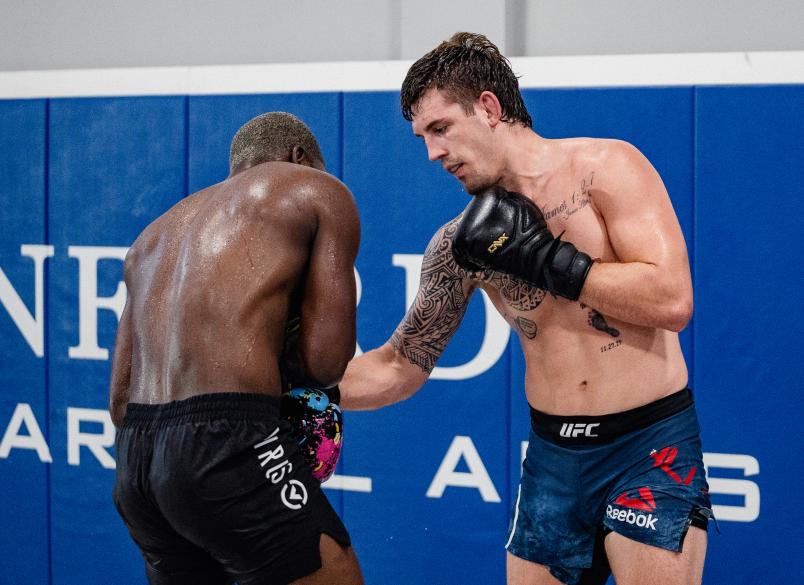 “I’ve lost my opportunity to fight someone in the Top 15 two years in a row through nothing that had anything to do with me,” began Allen, who will share the Octagon with Chris Curtis on Saturday night in Las Vegas. “I fought two of the toughest guys they could find at the time — one was a veteran who has fought the current champion at 205 and had his opportunity at Top 15 a couple times, and another one that was a young killer that no one wanted to fight because he was knocking everyone out.

It’s easy to understand his frustration given the circumstances, and coupled with everything Allen has done outside of “s******* the bed” against Strickland, as he often puts it.

The 25-year-old father of two is 5-1 inside the Octagon, having debuted with a second-round submission win over Kevin Holland just 26 months ago. Holland rebounded by going on a five-fight winning streak, capped with a victory over former contender Ronaldo “Jacare” Souza before dropping a pair of decisions in the spring and a having his last fight with Kyle Daukaus ruled a no contest due to an accidental clash of heads.

Holland is stationed at No. 12 in the middleweight rankings. Allen doesn’t have a number next to his name, though he does have a unanimous decision win over Daukaus.

Since losing to Strickland last November, the confident Contender Series graduate has earned a pair of impressive wins, submitting Karl Roberson with a straight ankle lock at the close of the first round in their UFC 261 showdown in April before turning in his most complete and poised effort to date against Punahele Soriano in July.

Soriano entered with a perfect 8-0 record, having earned first-round stoppage wins in each of his first two UFC appearances and seven of his first eight fights overall. Allen dominated from the jump, showcasing improved striking and ring generalship en route to a clean sweep of the scorecards and a second straight win.

And now, after once again having his date with a ranked opponent scuttled and the vacancy on his dance card filled by a dangerous, unranked opponent making a quick turnaround, Allen is trying his best to focus solely on the task at hand and see how things shake out once he pushed his winning streak to three.

“For me, I want the competitiveness, I want that number; I feel like I deserve a number. After a win here — a decisive win at that — and with the call-out I have in mind, we’ll see what happens; hopefully that fight comes together.

“And yeah, screw 10-15 — I don’t feel they have anything for me,” he added. “Those guys will obviously feel like they do, but records and resumes don’t lie, and they can see me if they want to.”

Some will certainly be taken aback by Allen’s forthright comments. Some will undoubtedly characterize him as cocky, and question the attitude of someone that landed on the wrong side of a one-sided result just a little more than a year ago.

But once again, it’s easy to see where the hungry, competitive kid from “The Bayou State” is coming from. 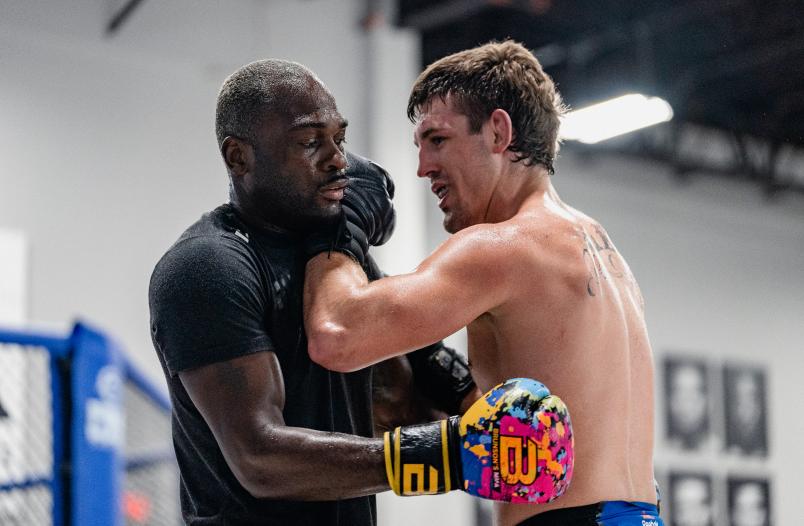 Allen is 9-1 in his last 10 outings; last year’s fight with Strickland standing as an outlier amongst a collection of quality victories.

He fought for championship gold under the LFA banner for the first time as a 21-year-old after just eight fights, and again seven months later, losing to current UFC mainstays Eryk Anders and Anthony Hernandez. He captured the belt on his third attempt nine months after facing “Fluffy” and successfully defended the title with a unanimous decision win over highly regarded Californian Moses Murietta, who was 8-1 at the time.

He submitted Canadian prospect Aaron Jeffery a little more than three minutes into the opening round of their meeting on Season 3 of Dana White’s Contender Series to earn his UFC contract and collected three wins in nine months to begin his time competing on the biggest stage in the sport.

“It’s always been mental for me,” began Allen, who admitted he’s struggled to maintain focus and fight up to his abilities at times in the past. “The skills have always been there, and everyone that has ever trained with me knows that, so it’s just about getting that guy from the gym into the cage.

“In the LFA, I never fought how I trained or even close to it. I didn’t take a whole lot away from those bouts, but I was gaining comfort in those fights. I was real young in fighting, in terms of my maturity level, and that played a huge role in a lot of the losses. 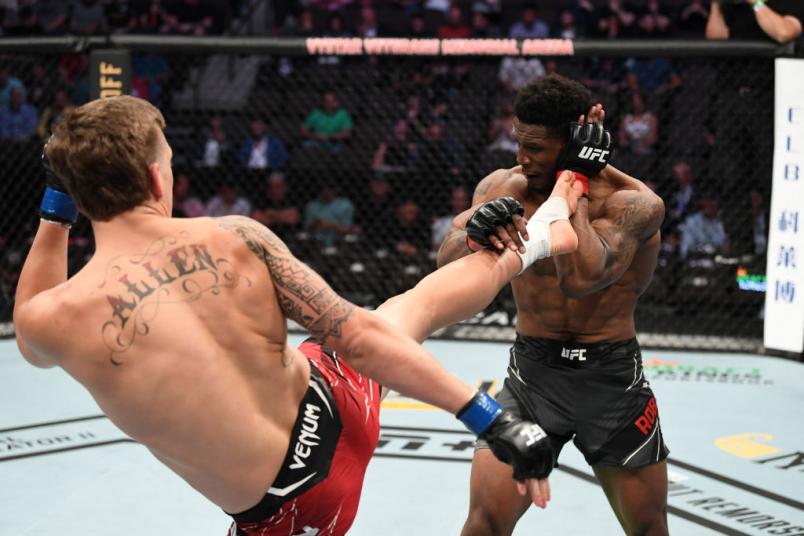 “I kind of s*** the bed a little bit when I knew the lights were shining,” he added. “I don’t know why that happened, I don’t know why that is, but it happened. As far as the Strickland fight, there was a lot of different stuff that happened in that week that could have played a role, but like I’ve said before, I feel like if I say that and stand by that, it’s kind of looking for an excuse and I have no excuse; I just didn’t show up.”

But he showed up against Soriano in July and he’s looking to replicate that effort this weekend.

“I’ve just kind of figured out that this is where I need to be, these are the things that work best for me,” said Allen, who credits staying with his friend and training partner George “Tuco” Tokkos and his family for helping provide him with stability when he’s away from his wife and children when he’s in fight camp at Sanford MMA in Deerfield Beach.

“I feel like I’m adaptable enough to beat anyone, especially with time enough to do my homework, and this time, I have plenty of time to study and do what I need to do. I know how I need to feel.

“I just want to go out there and get the win,” he added. “I’ll be plenty prepared, plenty ready, and I think that will show on fight night.”