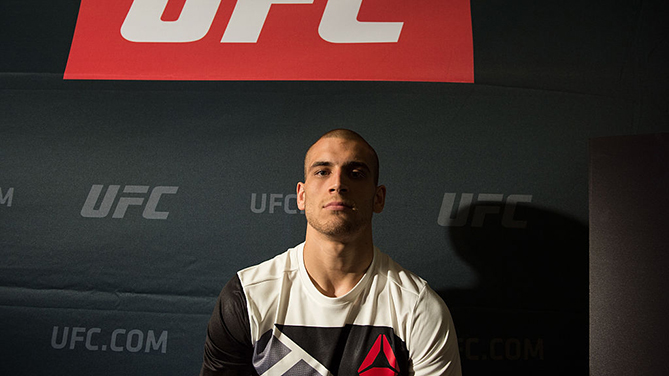 Anyone who has visited a live UFC event in their lifetime can tell you how electric the arena feels in the moments leading up to the night’s first fight. As catchy tunes blast through the building, preview videos flicker across the screens and minutes trickle down the clock, anticipation of what the men and women behind the scenes are about to do to each other gradually turns into a tickling sensation reaching head to toe. That was the case when, in March 2017, thousands of fans had filled London’s renowned O2 Arena, anticipating the spectacular night of fights that was to unfold in the coming hours.

Moments before the lights above the Octagon were supposed to turn really bright for the first time that evening, though, Bruce Buffer took to the mic outside of the cage. Doctors had deemed Tom Breese unfit to compete, he said, scratching the Brit’s bout against Oluwale Bamgbose.

“I wasn’t very well, so I had to withdraw”, Breese said, more than a year after the last-minute pullout. “I’ve been in similar situations before where I was sick and took the fights, but I think in the UFC, you’ve got to be smarter with your decisions.”

While Breese said he hasn’t suffered any long-term damage from the health scare, the decision to pull out preemptively was undoubtedly the right one. Simultaneously, it prolonged a frustrating fight-less stretch that is going to end May 27, a few hundred miles up north in Liverpool, when the Octagon sets up in “The Pool of Life” for the first time in its history.

There, Breese is set to come back from a near two-year layoff as well as his first defeat in MMA. That layoff has been frustrating to watch for anyone who saw Breese cut through Luiz Dutra Jr. and Cathal Pendred during his first two UFC fights in 2015 and had built up expectations of a spectacular career that was to follow.

In 2016, though, Breese would go the distance in rather unspectacular bouts with Keita Nakamura and Sean Strickland, winning the first fight by decision before losing the other in that same way. Looking to return to action in 2017, the Bamgbose fight fell through on fight 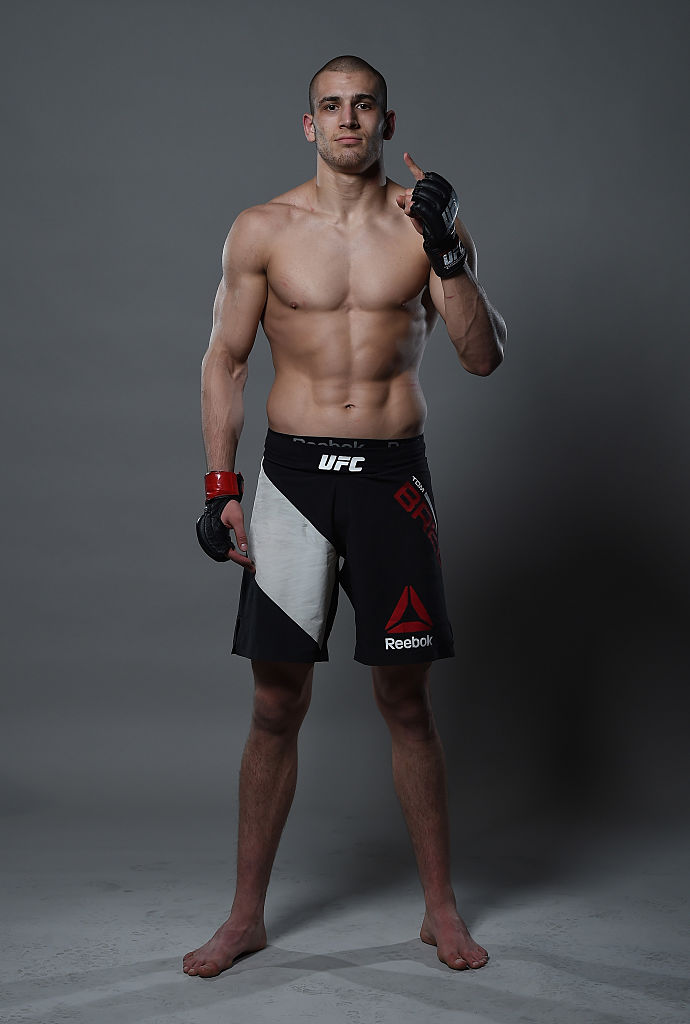 night. A month later, Breese announced on social media that he had torn his meniscus and his ACL, the latter being his second such injury within a couple of years.

While Breese said recovery went smoother than the first time because of his previous experience with it, he also had to sit still and watch what could have been.

Darren Till had his first two UFC fights on the same cards as Breese had his. The two young Brits seemed to have started a race to become England’s first UFC champion, but when Till returned from his own lengthy layoff last year, he won three fights within five months and propelled himself into stardom with a blistering knockout of Donald Cerrone last October. Now, proud Scouser Till has brought the UFC to his hometown while Breese has to build himself back up on the undercard.

“It’s not frustrating. I’m happy for Darren Till, he’s made the most of his opportunities,” Breese said. “I had my opportunities with my fights to make a big name for myself and those fights were good learning lessons for me. Now, I’m just looking to put on a good performance.”

While the second half of 2016, all of 2017 and the first half of 2018 will remain empty on his resume, those two years haven’t been a waste for Breese, despite his health struggles.

For starters, he will no longer put himself through the rigid weight cut that made him almost unrecognizable when he weighed in as a welterweight. From now on, the scale will show 185 pounds for him.

More importantly for his personal life, after spending years in Montreal, Canada at the renowned Tristar Gym, the Birmingham, England native decided it was time to go back home after his UFC 199 loss to Strickland. Nowadays, Breese trains with his old boxing coach Paul Gough again, alongside standouts such as top UFC welterweight Leon Edwards.

“Basically, just coming home [made the biggest difference],” Breese said of his move back across the pond, which his Canadian wife took on alongside him. “I’m just a happier person at home. I’m proud of where I’m from and 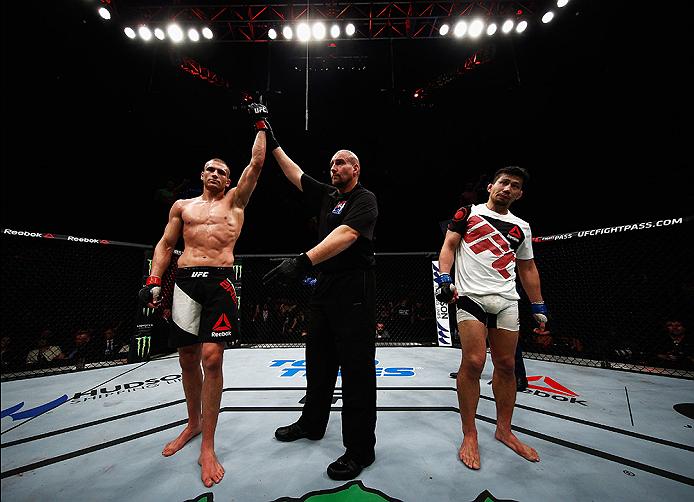 I’ve got good training here. One of the biggest things about going back is being able to work with my old boxing coach again. He gets me some world class boxing sparring, so I really feel like my boxing has gone up a level, along with my grappling through competing. It’s been a long time since the last fight, so I expect to show some big improvements.”

Those grappling tournaments have stood out the most on Breese’s social media in recent years. While he admitted that he “didn’t always get the results” he wanted on the mats, the experience of regularly switching the flip to competition mode certainly didn’t slow down his path back to top form. And with his Jiu-Jitsu and his hands – which had been his most dominant weapons so far anyway – upped a level or two, that could mean bad news for his new division, in which the 6-foot-3 Breese will still tower over most of his foes.

His biggest advantage, though, is mental.

“To be honest, my mindset is completely different. I don’t feel any pressure. I really only want to test myself. I love MMA, I love training, I love to compete. I don’t really care what people’s opinions are, I just want to become a better version of myself. So, there’s not really pressure. As long as I get to do this, I’m happy.”

Set to welcome back a sharp and happy Breese is four-time Judo Olympian Daniel Kelly.

“He’s a good opponent,” Breese said of the Australian. “I was really excited when they matched me up with him. He’s got some good wins in the UFC, he beat Rashad Evans, he beat Antonio Carlos Junior – he was in the Top 15, I believe. So yeah, that’s a great fight to come back to; I respect Daniel Kelly as an opponent.”

So, no worries about the lose-lose type of situation when facing a 40-year-old with a long history of injuries? “Not really. I know the type of fighter that Daniel Kelly is.”

For no-nonsense Tom Breese, public perception is a non-matter anyways.

“I’m hungrier than I’ve ever been. I’m more passionate and happier. I’ve had that big layoff, but I’ve been training, and I just feel rejuvenated. I feel fresh and excited.”

With young standouts such as Breese, that state is when they’re most dangerous. Even for an Olympian.